Toyota Chips Away at GM 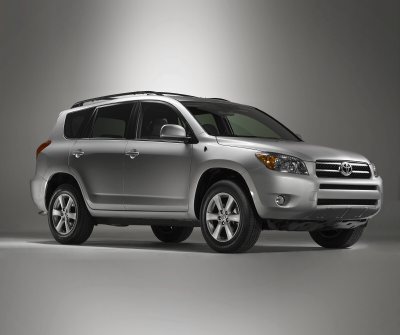 Toyota Motor Corp. is moving steadily closer to its goal of unseating General Motors Corp. as the world's leading automaker.

In fact, with General Motors preparing to slash production capacity in North America by one million units over the next three years, is actually running ahead of the ambitious schedule laid out in the 2010 Global Vision document that the Japanese automaker published in the spring of 2002.

Right now the consensus is that GM will hang on to the top spot for 2006 - but after that, will replace the company on the charts.

"We aren't forecasting that will surpass GM next year," says John Tews of J.D. Power & Associates. Greg Gardner of Harbour Consulting noted that is expected to build 8.1 million vehicles this year, while GM's worldwide production will reach nine million units.

However, , which has already edged out the Ford Motor Co. to become the world's second-largest automaker, is moving steadily closer to GM. Only two days after GM announced it planned to close nine factories and eliminate 30,000 jobs by the end of 2008, the Japanese press reported that was pressing Fuji Heavy Industries to start building Toyotas in 2007 in a , assembly plant. The underutilized plant is operated by 's wholly owned subsidiary, Subaru. 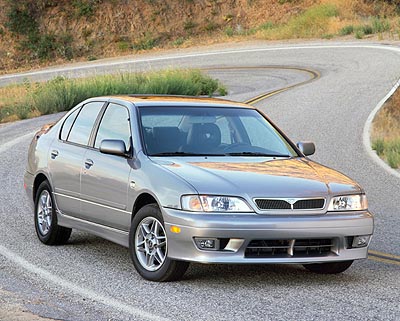 Los Angeles' annual car show has been a hit with shoppers from its inception. But in terms of international attention, media coverage, and manufacturer attendance, it's in past years been overshadowed by the annual Detroit extravaganza that takes place shortly after it - even by the later Chicago and New York shows scattered throughout the spring.

But no more, organizers say. This coming year marks a break for the show, which will actually take place twice in the next calendar year. To reposition itself at the end of the auto-show season - and to recast its general theme in the direction of automotive design - the show is moving from January to November.

As it switches to a new date and a new focus, the show will once again spin off a Design Challenge competition. Inaugurated last year, the Challenge returns for the January show as an adjunct to the Design Los Angeles automobile designers' conference also held during the show days. This year's challenge will again help cast a spotlight on the area as a hotbed of auto design and trends, show officials say.

Chrysler's Crossfire will be marketed through a new deal with Overstock.com, the automaker said last week. In an unusual deal with untold consequences for the two-seat sportscar's resale value, Chrysler will offload remaining 2005 Crossfire coupes and roadsters through the Web site that also sells factory remainders on consumer products from bedding to electronics to furniture. The site, which also features products from brands like Ralph Lauren and Prada, will provide Chrysler buyers with a coupon that they can redeem for up to $8,900 off the MSRP of any 2005 Crossfire. The deal expires on Jan. 3.

Chevrolet announced that its new SUV will debut at the auto show in March and will be available for the European market in the summer. The new model is to be baptized Captiva and it will be Chevy's first compact SUV to be available with a diesel engine.

We saw the predecessor of the Captiva in last year, when Chevrolet unveiled the S3X concept car. The car will be built in South Korea by GM Daewoo Auto Technology on a new platform and is 182.7 inches long, 72.8 inches wide, and 68.1 inches tall. It will be available with 2WD and 4WD, as a five- or a seven-seater. There will also be an Opel/Vauxhall sister car, but according to rumors, that vehicle will have a completely different design with a sportier look.

The Captiva will first be equipped with a 150-hp 2.0-liter common-rail diesel engine. This powerplant has been developed by GM Daewoo Auto & Technology Company together with GM Powertrain and VM Motori. Later that summer, the Captiva will also be available with a 2.4-liter four and a 3.2-liter V-6. The Captiva will be the first Euro Chevrolet equipped with stability control. -Henny Hemmes 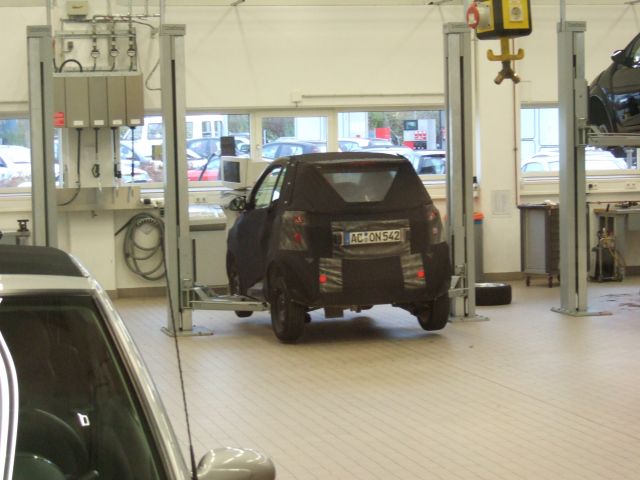 Smart Hints at "Yes" for

Smart has dropped the biggest clue yet that it will launch in . It's confirmed the new fortwo urban runabout will feature much more of an actual hood than the current version, and it's all because of laws.

A company insider told us: "It will have a much more pronounced nose because of the American pedestrian crash safety regulations. The windscreen wiper arm bases have to be a certain distance from the furthest forward part of the car, which is the front bumper." There's still no confirmation when the German-based brand - part of DaimlerChrysler - will launch Stateside, but bosses clearly want to be ready with legal vehicles. Shown here is one such test vehicle, a 2007 prototype being prepped for testing.

Engineers at Smart have an unusual role model when it comes to developing innovative new products. Apparently their hero is MacGyver, fictional star of the hit late-Eighties TV series of the same name who was famous for getting out of scrapes by inventing things from what was lying around. "The question we ask ourselves is 'What would MacGyver do?'" said a spokesman. -Richard Yarrow

Renault CEO Carlos Ghosn said the group's South Korean unit Renault Samsung Motors will begin to export about 30,000 units of its smallest passenger car SM3 model under its affiliate Nissan Motor brand to global markets beginning next year. The model will first be exported to , the , and the .

Building the SM3 for export will increase Renault Samsung's production to about 150,000 units annually from the current 120,000 units.

"Nissan needs a competitive car to sell in some countries," said Ghosn. "The deal will be good for Nissan and also for Renault Samsung."

Last year, Renault said it would invest 600 billion won in over the next three years to help Renault Samsung, which produces only three passenger cars such as SM3, SM5, and SM7, to produce its first SUV in 2007. -Peter Chang

Previously, if you wanted to be driven in an armored Jaguar, your name needed to be Tony Blair. The British Prime Minister and other top government officials are conveyed in Jaguar sedans that have been specially modified to make their occupants safe from bombs, machine guns, and a host of other nasties. But these cars were not available to ordinary mortals; unless the owner was prepared to buy an XJ and have it stripped down and suitable protection added, then an explosion-resistant Jag was out of the question. But personal protection is big business now, and Jaguar is now able to offer a long-wheelbase XJ sedan that offers all the style and performance associated with the brand plus bullet-resistant laminated glazing, underbody protection, steel armoring, and run-flat tires.

The 'Armored XJ Long Wheelbase' can be ordered through your local Jaguar dealer at a price in Britain of around $340,000 and although it will look like a normal XJ from the outside, under the skin it will have everything needed to keep the occupants alive in any hazardous situation.

The chassis of the Armored XJ has been extensively adapted, with reinforced springs and dampers to compensate for additional weight and a potentially more aggressive driving style. This, says Jaguar, ensures that it is just as agile and safe to drive as the production version as well as being lighter than its armored competitors. The lightness comes from the XJ's aluminum construction, which means the base car on which the armored version is based enjoys a useful advantage against the heavier Mercedes and BMW limousines that are its main competitors. The car is still heavy, however, so part of the conversion process is the addition of a tougher power-steering system and more efficient brakes.

The actual armoring is applied to all parts of the car. Bullet resistant borosilicate glazing is designed to withstand a comprehensive range of handguns and assault rifles. The armored body shell is reinforced with ballistic resistant steel and underfloor protection is provided by high-tech Kevlar fiber material.

The car is designed to provide protection against high velocity assault rifle rounds as well as side blast, with the overall design preventing any penetration of the passenger cell by shrapnel or blast fragments.

The car is produced in collaboration with Centigon, a British company well-known for vehicle armoring expertise, and is the result of complete integration of Jaguar's and Centigon's design and engineering operations, backed up by extensive prototype testing and Jaguar's quality control and sign-off standards.

The vehicle has undergone extensive ballistic and blast testing by the independent test agency QinetiQ and has been accredited to European standards. As the first ever fully engineered and warranted armored vehicle from Jaguar, customers will have full factory support during purchase and throughout the vehicle's life. Jaguar's new Global After-Sales Support program is designed to offer support in the most remote territories. Four scheduled visits per year by a dedicated Jaguar technician should ensure complete customer satisfaction, providing reassurance that the vehicle is maintained to the very highest possible standards. Well, you'd expect that level of support for something that your life could depend on. -Ian Norris

The auto site I visit most, other than TCC, is:

Hammers will once again be the music that drives the hearts of . A Habitat home, for a family in , will be framed in the Palace of Auburn Hills parking lot on December 3, as a precursor to a major holiday concert event on December 8 featuring Martina McBride, LeAnn Rimes, and Carrie Underwood. The framing of the home, or lumber pack, is just the beginnings of a new holiday gift for one lucky family displaced by damaging hurricanes that swept the gulf coast this year. Members from a partner family are scheduled to come on stage during the concert for a special presentation. A partner family is Habitat's term for the family that will help build their own home, and then purchase it at cost, with a zero-percent interest rate, to make it affordable.