At Western auto shows like or , manufacturers tend to focus journalists’ attention on one concept car. But it’s not the same in ; local companies use their home exhibition to splurge prototype after prototype on enthusiastic visitors. Suzuki didn’t disappoint, launching four new vehicles. 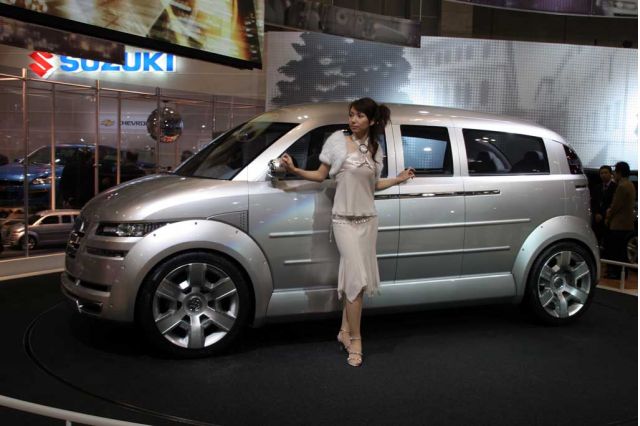 First up was the PX , a compact minivan with a touch of luxury. Three rows of Recaro leather chairs offer plenty of room, and there’s a high-tech audio system to keep the family entertained. 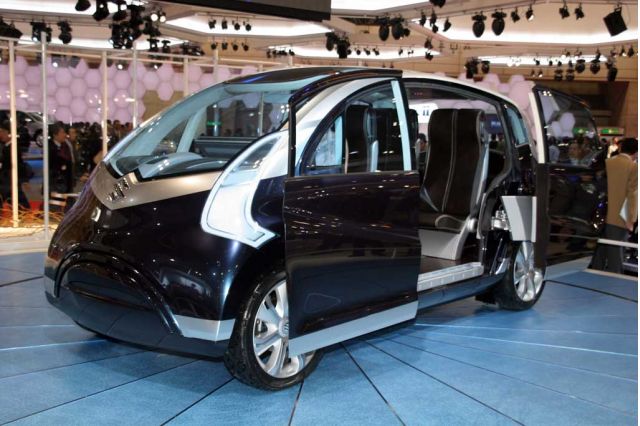 Ionis is the most futuristic of the four cars. Powered by an all-new fuel cell, the unit is stored under the vehicle’s floor to maximize the cabin’s storage space. Doors that slide forwards and backwards parallel to the flanks mean easy access to the minicar’s interior. 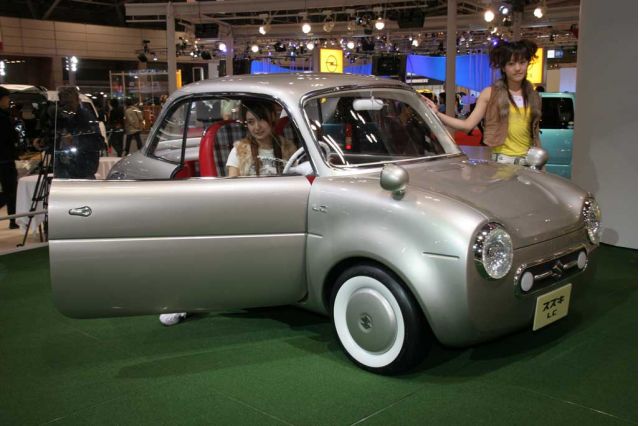 And then there is the LC, a retro-styled and unashamedly cute compact sedan with a white plastic steering wheel and virtually no dashboard switches at all. Don’t expect to see it at your local showroom. Ever. 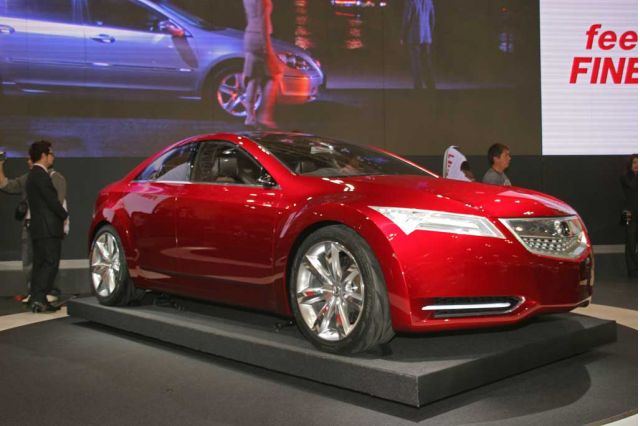 Previewing the styling of the next generation Accord – that is the job of the Honda Sports 4. Featuring (SH-AWD), the car maker believes its new vehicle will allow even the worst motorists to experience the thrill of on-the-edge driving. Power is allocated to each of the four wheels based on how each is performing, and according to Honda that means a safer experience. Technology includes a pop-up monitor featuring an innovative night vision system plus four independently operated sunroofs. Not sure about the square steering wheel, though. 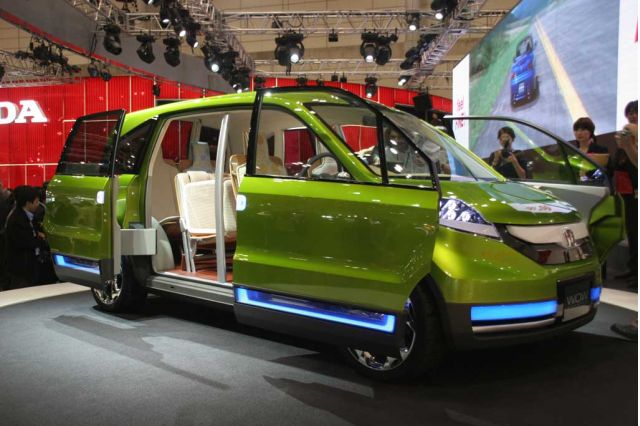 Next to it on the show stand was the sort of car this exhibition has become famous for. The Wonderful Open-hearted Wagon(WOW) is the ultimate ride for dog lovers. The middle row of chairs folds up out of the floor to create one of two things — something to sit on, or something to put your pet pooch in. The dashboard glovebox is replaced by an altogether more useful storage space for man’s best friend, and the B-pillars feature a vertical rail that can be used to tie a dog lead to. The car is based on the Jazz supermini platform, and is unlikely to go into production in this guise. However, expect some of the clever interior packaging to feature on future small cars from the company. 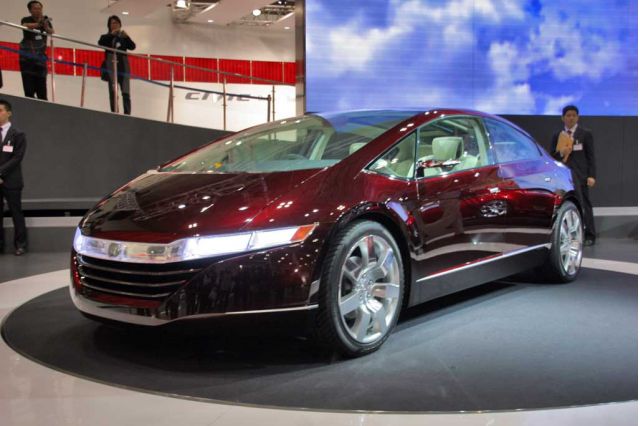 The FCX is about two things — the car and way you refuel it. It’s loaded with intelligent technology, and according to a company spokesman “is about showing fuel cells in something that doesn’t look like a milk float.” Insight owners take note! Linked to the vehicle is the Home Energy Station (HES), a system that turns natural gas into hydrogen in your garage. In addition to producing H for the four- seater sedan, the box of tricks contains a fuel cell to create electricity to power your house. The waste heat given off during that process is used to warm the domestic water tank. Is this how we will all exist in the future? Honda clearly thinks so. 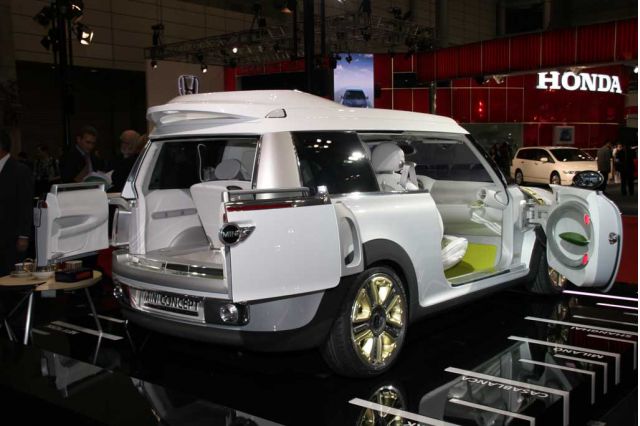 Naming your concept car after the auto show you’re unveiling it at is always going to boost the number of local media turning up see to the wraps come off. And so it was in ; another smart marketing move by German-owned, British-built MINI.

The Concept Tokyo is a development of the Traveller prototype, unveiled at September’s exhibition. Quirky gizmos included a picnic table that folds out of the roof, and a set of cutlery and crockery stored in a panel above the offside rear wheel. “We have taken our inspiration from the MINI history books,” said Michael Ganal, BMW’s board member for sales and marketing. That’s all well and good, but don’t expect to see knives, forks and spoons on the options list anytime soon. 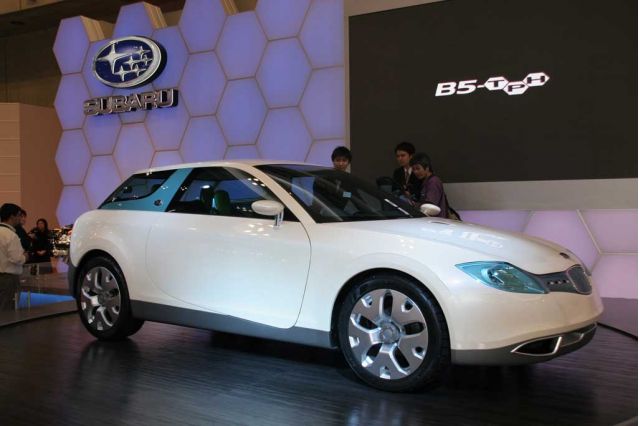 The star of the Subaru stand can’t actually be seen — it is under the hood of the B5-TPH concept car. By creating the world’s first hybrid turbocharged boxer engine — mating the traditional 2.0-liter Miller-cycle unit to a single electric motor — the Japanese firm is claiming pioneering improvements in emission levels and fuel economy.

TPH stands for Turbo Parallel Hybrid, and the thin motor has been fitted between the gas engine and the automatic transmission. That keeps the car’s weight distribution at the optimum level.

Developing 260 PS at 6000 rpm, the 200 mm of ground clearance and 19-inch alloy wheels means the car should be versatile both on and off-road.

There’s been plenty of media speculation that the three-door hatchback is a showcase for the styling of the next generation Impreza. However, a spokesman denied that. “I’ve seen the car and it doesn’t look like the B5-TPH,” he said.

A mini RX-8 along the lines of the MX-3 — that’s the tantalizing description of a car Mazda will unveil at the North American International Auto Show in January.

Journalists at this week’s event were given a sneak preview of the vehicle, in the form of a grainy sketch that appeared on a presentation screen for a few seconds. Little official information is available. However, company insiders have hinted the two-seater concept points the way to a production model that will hit showrooms around 2008.

The newcomer is being designed and developed by Mazda North America, based in “It’s an exciting continuation of the Mazda DNA with an understanding of the market place and what it wants,” said director Franz von Holzhausen.