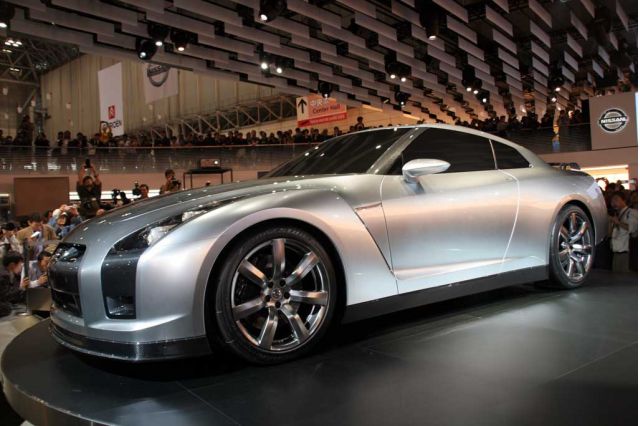 Nissan’s eagerly-awaited GT-R sports car has come a long way since CEO Carlos Ghosn promised to put it back into production during the 2001 Tokyo Motor Show. Four years later, a new show car, dubbed the GT-R Proto is back on the Nissan stand, and according to chief designer Shiro Nakamura, it’s “80 to 90 percent” of what the final production car will look like. The concept vehicle is clearly one of the hits of the 2005 gathering, but Nissan officials are keeping observers guessing about specific details. For his part, Ghosn hinted the revived sports car will be loaded with a variety of high-tech features – think active suspension, computer-aided traction and steering systems and other goodies, sources suggest. A well-placed insider said the final production version, due to market in 2007, will boast a twin-turbo V-6 of somewhere between 3.5 and 3.8 liters, and making north of 450 horsepower. “The GT-R has an international cult following,” said Ghosn, promising, “Those expectations will not be disappointed.”

Nissan’s AVM test vehicle sees everywhere at once. Well, almost. Short for Around View Monitor, the modified minivan features an experimental system that integrates images from four separate video cameras: one looking down from each side mirror, another mounted on the grill, and the last pointing rearward. On the built-in video monitor, it looks as if you’re actually looking down on the van, and in routine use, the system can help a driver spot obstacles in every direction from the AVM, such as curbs or a kid on a tricycle. There’s no timing set for introduction, Nissan officials cautioned, though they added that much of the hardware is already in use on some advanced products, such as the Infiniti M45 with Lane Departure Warning, with its two mirror-mounted cameras. 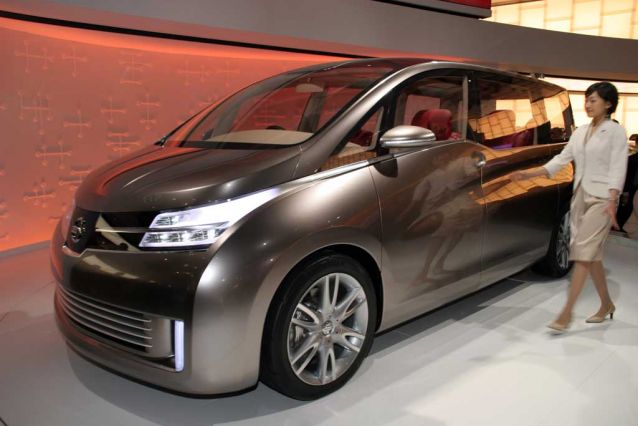 With its airy glass ceiling, Nissan’s Amenio show vehicle is a multi-purpose people carrier expanding on the “Modern Living” concept previously shown in prototypes like the Teana and Fuga. The seats, for example, are designed to look and feel like lounge chairs, rather than the inside of just another minicar. The front and second-row seats also tilt and slide, with power stowaway legrests, similar to those on a business class jet. Like many show cars, there’s a heavy emphasis on technology, telematics in particular. A huge, 18-inch widescreen monitor dominates the center console. Its high-resolution display will provide real-time information about what’s going on around the car, including point-of-interest information provided by businesses, restaurants and other locations nearby. 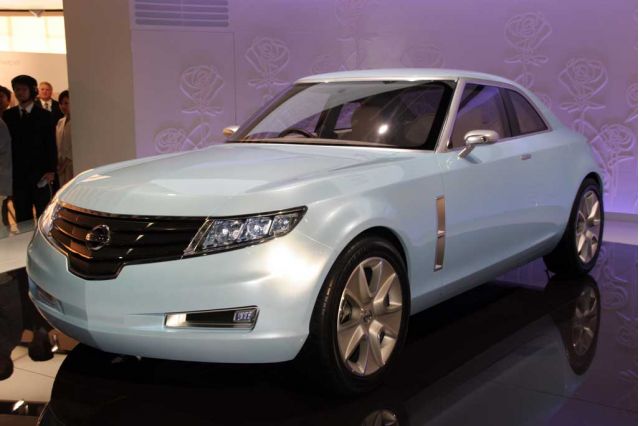 This compact coupe “delivers classic elegance without being retro in design,” said Nissan CEO Carlos Ghosn. The Foria show car is a 2+2 coupe, with a front-engine, rear-drive layout. It features an extremely short front overhang, with a midsize engine under the long hood. The Foria’s automatic transmission is operated by a Formula One-style paddle shifter. Visually, the mot notable touch is the B-pillarless doors, the rear doors opening “suicide” style. This approach is meant to provide especially access to both front and rear seats, Nissan officials explain. The Foria’s rear curves gracefully into crystalline taillamps. The interior combines a gray sports jersey fabric, brown leather and ivory-colored front seats. The built-in video display can provide a variety of different forms of data, from navigation maps to point-of-information accessed while driving. 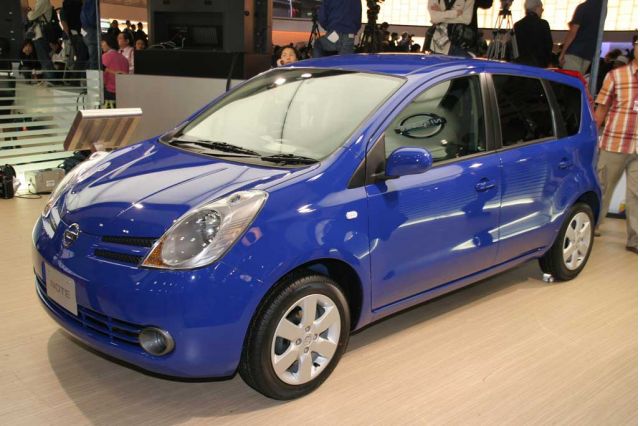 The mission of the Note (subtitled “inspired by adidas”) may be as obscure as its name. The concept vehicle is meant to provide “new value for young people,” suggested Nissan chief designer Shiro Nakamura. The Note is aimed at ’s so-called “Remix Generation,” and is meant to connect with those who see sportswear as the height of fashion. “Wearable” fabrics are used both inside and outside and could easily be interchanged by an owner, even the surface treatment of the bumpers, according to Nissan designers. Other unusual touches include an enameled glove box opened and closed with a zipper, and a removable center console storage container. There’s also plenty of Velcro on which to hang miscellaneous toys and accessories.
Tags:
Driving Engine May Products Tokyo Motor Show 2005 Auto Shows Nissan GT-R News Nissan News
2021
The Car Connection
See the winners »
2021
The Car Connection
See The Winner and Nominees »