Best New Concept: Over-the-top seems to be the best way to describe the show cars that showed up in the Big Apple this year, including the edgy and angular Nissan Sport Concept and edgy but boxy Scion t2b, with its tickertape-style instrument panel. Though both are targeted to an entirely new generation of buyer, this aging Baby Boomer found both equally intriguing. 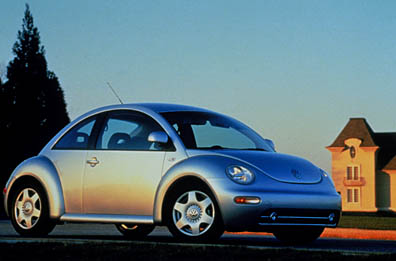 Best New Production Car: With an octogenarian Carroll Shelby standing at its side, with a huge smile spread across his weather-beaten face, how can we not fall in love with the Shelby Cobra GT500. Sure, we’d have liked an independent rear suspension, but everything tells us this SVT edition will be the year’s hot performance ticket. 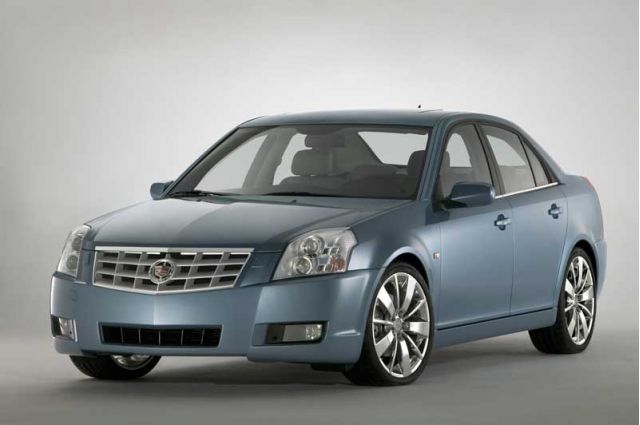 Most Significant Production Vehicle: The Lexus GS450h is, to me, the car most likely to have a long-term impact. This hybrid-electric vehicle is no Prius. In the words of retiring Lexus general manager Denny Clements, it’s “pure performance.” It’ll purportedly get better mileage than a V-6, but it will give performance topping the V-8-powered GS430. And if consumers buy into the concept, Lexus will launch an all-new brand-within-a-brand of performance hybrids, a sort of “green” AMG.

Biggest News Story: It’s back to GM again. The giant automaker just can’t connect with consumers, and company officials were in NY trying to explain why, at times blaming journos for their import bias. With CEO Wagoner predicting huge losses and Lutz admitting the possibility of closing divisions, the biggest question of the NY show was, “What went wrong?”

Best Press Conference: I really found the Dodge Charger news conference, with its fake newscast and even sillier Irish NY cop, pretty lame. Until they handcuffed Chrysler Group PR chief Jason Vines, that is. We offered $20 to Chrysler CEO Dieter Zetsche to lose the key. No luck. Honorable mention to Volvo for bringing Sir Richard Branson out in a spacesuit to announce the winner of a ticket to space on his Virgin Galactic rocket ship.

Worst Press Conference: The Donald meets the Bob. We’re not exactly sure what General Motors had in mind in this ineffective little event. Was it meant to prop up Trump’s already huge ego or salve the battered Bob Lutz, who was having a bad time at the show, what with his comments about possibly closing one of GM’s “damaged” divisions? Either way, it didn’t seem intended to actually promote the products the automaker had brought to NY, notably the super-performance Cadillac XLR-V. Oh, and a Dishonorable Mention to a man with a Trump-size ego and zero regard for anyone else, Sean “P. Diddy” Combs, who showed up 45 minutes late for the event revealing his line of designer wheels. A big traffic jam? No, admitted a frustrated flack, “because he can.”

Who’s On Top: Chrysler was supposed to be grist for Toyota’s mill, as the Japanese automaker quickly gained share in the U.S. market, assuming the role of America’s number-three carmaker. It’s obvious Chrysler won’t roll over that quickly. But Toyota’s got a new target: toppling General Motors as the world’s largest automaker.

Who’s In The Barrel: It was a bad week, on top of a bad month, for General Motors. But this particular dubious achievement award has to go to vice chairman Bob Lutz for his unusually poor performance under fire. Lutz’s comments about possibly closing one or more divisions were topped by his unproductive decision to take on the media, blaming hapless scribes for GM’s worsening market share and weakening financial position.

Personal Best: Are we bending the rules a bit if we award this honor to an engine? Our personal pick is the amazing Chrysler HEMI engine. Oh, there are plenty of other great powertrains out there, some faster, others more sophisticated. But none have what you might call the “star power” of Chrysler’s classic HEMI. This reborn V-8 has connected with the car buying public even more than the automaker’s edgy new designs.

Prediction: The U.S. market will increasingly come to look like Europe’s, with a number of automotive powerhouses within just a few points of market share of each other. Barring some miracle, GM’s year-end market share could dip perilously close to 20 percent, while Toyota surges towards 15 percent or more. 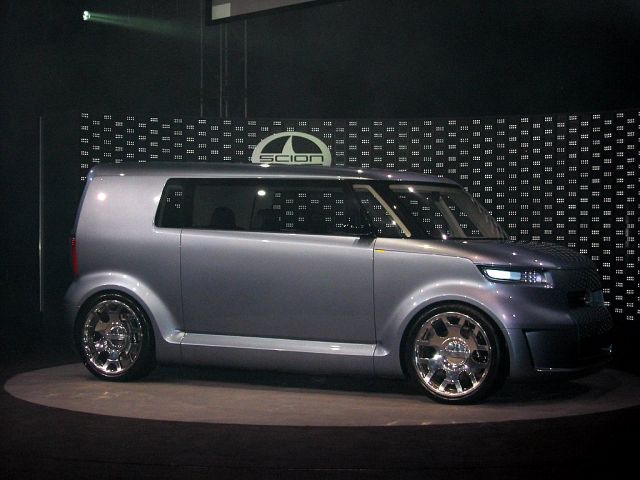 Best New Concept: I liked Scion’s t2b concept, even though the shelf life of the boxy shape needs to be dated like the milk carton it mimics. Tickertape gauges? Um, right. But a single Scion platform that can efficiently generate a whole new lineup? Maybe sharing a North American production site with the Prius? Now we’re thinking.

Best New Production Car: The man or woman who dares not love the Mustang dares to not “get” how heritage vehicles can recast a franchise.

Most Significant Production Vehicle: It’s a Lexus — only not the pricey GS450h hybrid. Does the new IS350 strike so close to the heart of BMW’s 3-Series franchise, that we’ll also see a coupe and convertible from the same architecture? It only takes a single comparison-test win to change history.

Biggest News Story: Yep, has to be GM. But it’s increasingly difficult to see whether the problem that is killing their image and momentum is out of their control (healthcare costs, union recalcitrance) or the persistent sameness of their mainstream vehicles. Lutz’ comments about Buick and Pontiac have effectively killed the LaCrosse and G6 in their infancy.

Best Press Conference: Scion. We’ve all been to parties where the music clicked, the scene happened, the vibe vibrated. Good music. Nice and dark. A nosh if you wanted. The same package gets a $20 cover charge in the East Village.

Worst Press Conference: Sean John wheels. When you line up for a photo op, it’s just rude for the guest of honor to wait 45 minutes before deigning to show up. And a note to ESPN’s camera crew: you’re not important enough to step on TCC’s toes! (You did anyway.)

Who’s In The Barrel: We’ll leave the open wounds alone. On a much smaller scale, we noticed the VW stand was particularly empty — not a soul showed love to the “Herbie” movie car tucked into the corner of the display. And we thought sequels were surefire hits!

Personal Best: Not checking into Lenox Hill Hospital for a bout of appendicitis this time around. However, I’m still a bigger fan of Fentanyl than of the Rolls Phantom.

Prediction: More writers and bankers will openly wonder if GM must go bankrupt to solve intractable problems. The question is, how will Wall Street react? 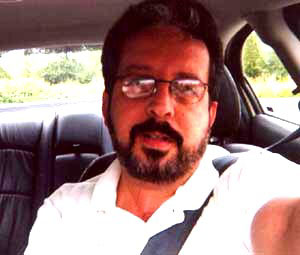 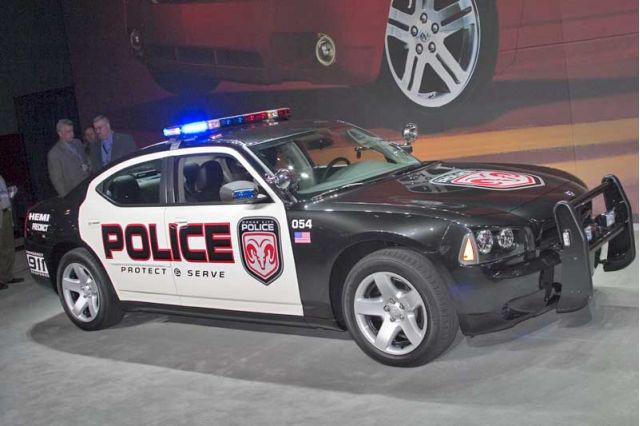 Best New Production Car: I truly believe Dodge will have one their biggest hits with the new Charger. Not only is it sharp, radical, and exhilarating, but you could hear the hhhmmmsss and the aaawwwsss from the journalists in the audience when the vehicle hit the stage this past Thursday. I will say it again, Dodge is on a mission and the way it looks, they will be celebrating their triumphs for a while yet to come.

Most Significant Production Vehicle: The new Hyundai Azera. This company is doing everything right and it’s showing — with products like the Tucson, the new Accent, the new Sonata, and now their flagship sedan, the Azera. Nothing comes close in the marketplace with better value for the buck, not to mention the styling, and a great warranty. And now beating Lexus for the title of America’s most reliable car! Need I say anything else?

Best Press Conference: This is an easy one! Dodge, again and again! This time around they captured everyone’s imagination and left every journalist drooling with their Commander presentation on Wednesday and went over the top on Thursday with their Dodge Charger show. It was great to see Dieter Zetsche in the audience cracking up to Jason Vine’s originality as well as being taken away in handcuffs! Good job guys — you keep putting out the best conferences all over the world.

Worst Press Conference: I think the one that caught many by surprise was without a doubt GM’s Thursday press conference about the new XLR-V. It was all about many TV screens showing three-to-five-second clips from people, mostly filmed in Manhattan, about what they would do with five seconds; some comments were funny, others were not, and at the end Bob Lutz was introduced. He got on stage and introduced the new XLR-V in five seconds, nothing else, and nothing more. Out of nowhere, Donald Trump showed up asking Lutz for the keys to his new Cadillac limo, and although Lutz tried to speak some more about the new Chevy SS, everyone was focused on the Trump himself and so it went even more downhill from there… it was kind of weird to see Lutz lost on stage!

Who’s On Top: Most of my automotive journalist colleagues keep talking about Toyota and their incredible growth, and feats and accomplishments, and this, and that. I firmly believe DaimlerChrysler is kicking some serious butt when it comes to styling, execution, products, excitement, and the resurgence of American muscle. I just think they are doing everything right.

Who’s In The Barrel: Although I think they can do very well despite criticism and their problems with quality, Mercedes-Benz needs to look at their issues and look at them very closely and act upon them immediately. They have great stuff coming out, but if they don’t fix their problems quick, they will lose a tremendous chunk of the market share. I have many friends already switching from their MBs and others seriously contemplating the jump.

Personal Best: I’m a sucker and lover for sports car and muscle machines. So of course, it’s the Mustang Shelby. I almost got down and thanked God for it.

Prediction for 2005: I sincerely hope GM’s latest $2 billion blunder or settlement (whatever you want to call it) in the Fiat dispute is not blamed on the executives that had nothing to do with it. I predict some changes and terminations will come about so that the responsible person or persons will keep on trucking and never admit their huge and irresponsible screw-up and continued shrinking market share and smaller profits. If you ask me, let Mark LaNeve, John Smith, Ed Welburn, and a handful of other great executives run the show and get GM back on track again.

Biggest News Story: Between Pierre Gagnon being hired by Malcolm Bricklin to run Chery, John DeLorean’s passing, and GM’s screwup — I just don’t know which one to pick!