Auto show season is just halfway through — and next up is 's auto show, which opens to the media on March 23. Among the introductions set for the show is a new concept from 's Scion arm. The concept, dubbed t2b, shows off the brand's "style, versatility and surprise," a release said in sufficiently vague prose. No photos were released to accompany the announcement. While media days start on Wednesday the 23rd, the Scion press conference will be held on Thursday morning, the 24th, at 8:30 a.m. at New York's Javits Center.

Toyota to Overtake DC in U.S.? by Joseph Szczesny (1/3/2005)
Momentum puts on a pace to topple Chrysler in the and GM around the world. 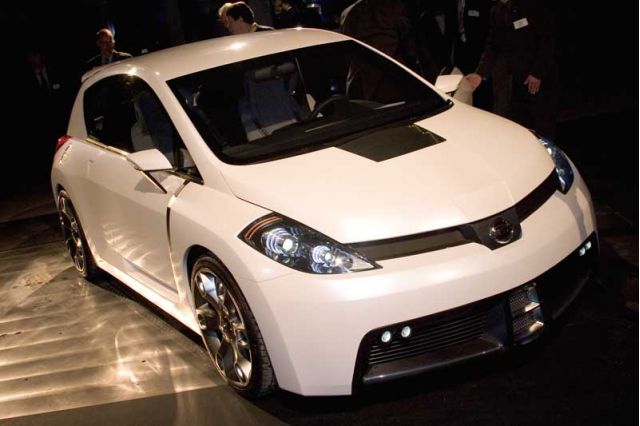 Is it simply a "design exercise," in the words of one senior Nissan official, or are there production plans for the new Nissan Sport Concept, the edgy little show car that will officially make its public debut in New York next week? The three-door Sport Concept is arguably the most aggressive design exercise to emerge from Nissan's design studios in recent months, the trio also including the Azeal sports coupe and the Actic, a crossover/SUV. Like the Azeal, the Sports Concept was developed by Nissan's newly expanded design center in suburban. The prototype's wedge design was heavily influenced by the tuner market, noted Nissan Senior Vice President of Design Shiro Nakamura. The high-tech cockpit boasts an assortment of digital touches, including its large video screen. The race-style seats emphasize the sporty nature of the design. Yet if it were to go into production, an admittedly less edgy version of the Sports Concept would be targeted "below the Sentra price range," said Nakamura, and targeted at "first-time car buyers." A decision on which, if any of the three concepts to build will be made in the near future, Nakamura hinted, adding that "otherwise, it will be too late." He said he believes a vehicle like the Sports Concept might be seen as niche right now, but is likely to appeal to the mainstream as the so-called Millennium Generation grows older. — TCC Team

Hyundai's stand at the New York Auto Show will feature two brand-new vehicles, one at the top of the Korean automaker's lineup and the other at the entry level. The first car will be a big four-door sedan that replaces the XG350. A new 3.8-liter V-6 with 265 horsepower will be under the hood of the new vehicle, called Grandeur in its home market, and the sedan will be outfitted with stability control and eight airbags.

The other vehicle on the Hyundai stand will be the new Accent. The 2006 model comes with six standard airbags and, Hyundai promises, an even longer list of standard features than before. 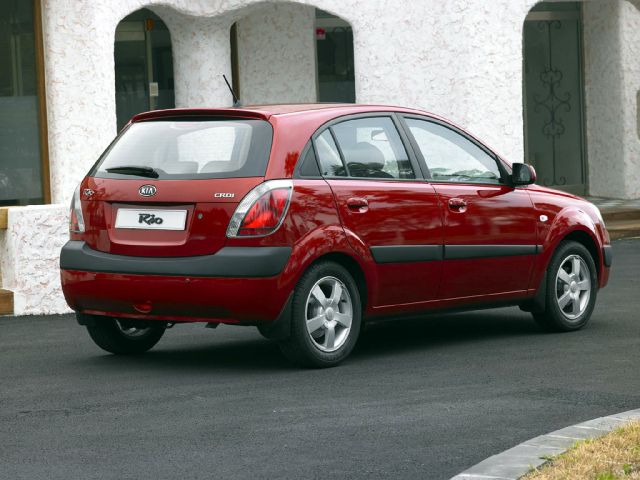 The New York show also will host the North American debut of the Kia Rio5, the new five-door version of the sedan shown earlier this year. Like the Rio four-door, the 5 is taller, wider, and shorter than the last Rio lineup, and the new five-door model gets only the 1.6-liter four-cylinder in the U.S. market. Kia execs promise two trim levels, manual or automatic transmission, and an extensive range of option packages.