There’s no question, Toyota is on a roll, having just scored its eighth consecutive year of record car sales in Europe. And the Asian automaker is pushing to keep the momentum going — in part by following the lead of Scion, Toyota’s hip, youth-oriented division back in the U.S. The new Toyota Aygo is a three-door that defies easy categorization, though words like, “sporty,” “crossover,” and “hatchback,” will likely come to the mind of consumers. Among the smallest cars on the market, the new models won’t have much competition, which should help it gain ground fast, suggested Andrea Formica, vice president of sales and marketing for Toyota Motor Marketing Europe. One of 18 cars Toyota is rolling out in a 24-month blitz, the Aygo will boast a new piezoelectric common-rail diesel delivering high mileage, low emissions, and reasonably good performance, launching from 0-100 km/h in just 8.6 seconds. While Toyota has been gaining fans across the continent, it faces a challenge not unlike the situation in the U.S., where it is struggling to win over younger buyers, acknowledged Formica. So, with Aygo, the carmaker won’t go the traditional route when it comes to getting the message out. “We’re taking Aygo out of the showroom and to where (potential customers) hang out.” Formica suggested as much as 60 percent of Aygo’s marketing budget will be spent on Internet advertising, event marketing, and other non-traditional efforts. It’s a strategy borrowed from the U.S. “We have watched the Scion experience very, very closely,” he explained. As with Scion, Aygo will begin with a limited roll-out, in this case, sales launching in ten of Europe’s most hip and youthful cities, including Paris, London, and Barcelona.

After a slow start, European consumers seem to be connecting with hybrid-electric vehicles, Toyota officials suggested Tuesday. To prove their point, they announced an increase in their sales goals for the Prius HEV. If Toyota hits its target, it will reach 20,000 in 2005, a one-third increase from the original forecast of 15,000 sales. In 2004, the automaker sold 8200 copies of the Prius in Europe. Despite the jump, European Prius sales — and hybrid volumes overall — are expected to lag well behind the U.S. market. 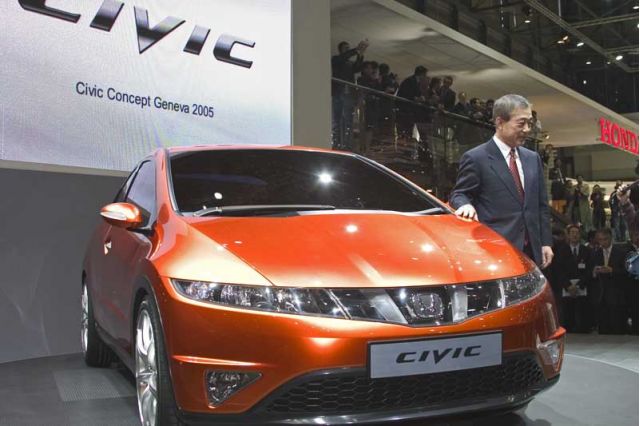 There was a time when the typical European concept vehicle was, in the words of one designer, likely to be a “wet dream in chrome.” Not these days. While there are still some wild, wacky, and outrageous prototypes at this year’s Geneva Motor Show, Honda’s Civic Concept underscores the current trend, slapping the “concept” badge on products still about a year away from production. Thought there will almost certainly be changes by the time the real car hits showrooms, the concept “is very close,” acknowledged Takeo Fukui, president and CEO of Honda Motor Co., Ltd. The hatchback prototype being developed specifically for the European market is wider, lower, and sportier than the existing Civic line, Fukui promised. Going forward, he noted, all Civics will get stability control and side curtain airbags. Expect to see the new Civic hatchback hit market early in 2006. 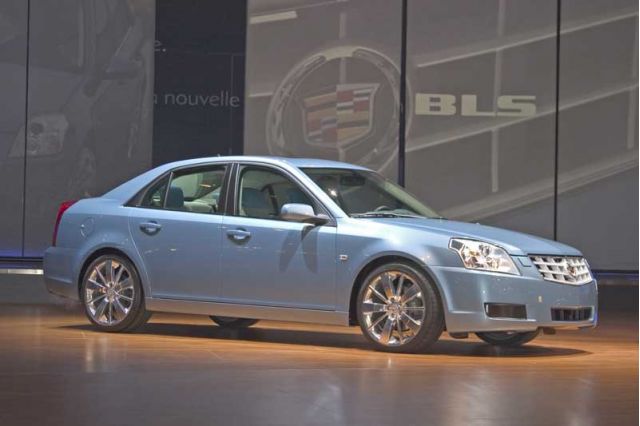 Cadillac has big plans for the newest entry into its lineup, though not for the U.S. market. Sharing many of the edgy design elements of other recent offerings, the new BLS is Caddy’s first car specifically designed for markets outside North America. The front-drive sedan is six inches shorter than the CTS, the brand’s smallest U.S. model. BLS shares its underlying architecture with the Saab 9-3, and like its Scandinavian sibling, the new car will be built at the Trollhattan, Sweden, assembly plant. The BLS will be sold with a 1.9-liter, four-cylinder turbodiesel, a first for the luxury marque. Alternately, buyers will be offered a 2.0-liter four-cylinder gasoline engine or a 2.8-liter V-6, both also turbocharged. The new Cadillac will feature an array of upscale touches, including Bose audio, a touch-screen navigation system, and a Bluetooth link for using specially equipped cellphones connect with the car’s hands-free communications system. The new model will be available in left- and right-hand drive, potentially giving Cadillac the option of marketing it around the world — though Caddy General Manager Jim Taylor emphasized the BLS will “absolutely not” be brought to the U.S. If nothing else, the weak dollar would force the price of the Swedish-made sedan up into the same turf as the larger CTS, and Taylor said there’s little logic for Cadillac to compete with itself.

In other Cadillac news, division chief Taylor defended the decision to temporarily idle Caddy’s assembly plants in order to slash bulging dealer inventories. “We had to take the PR grief,” Taylor asserted, and do the best thing for the brand. Resorting to the “quick fix” of hefty new incentives might have yielded a quick increase in sales, but such a move could “destroy long-term values.” Detroit’s use of incentives has gotten a lot of the blame for the poor residual value of many Big Three products. Whether Taylor can maintain his resolve remains to be seen. Collectively, General Motors reported a sharp 12-percent sales decline in February, far and away the worst performance of any of the American Big Three. 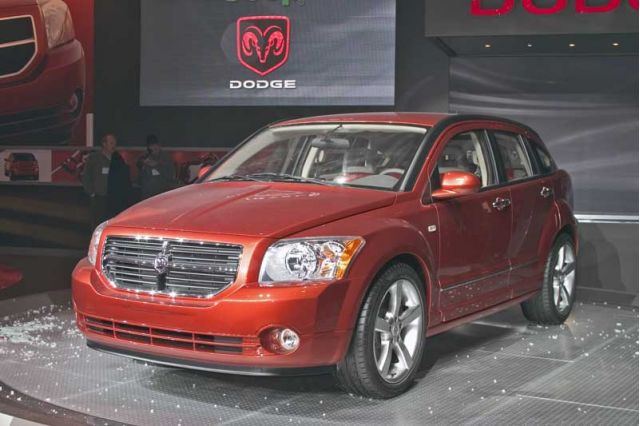 Take a close look at the Dodge Caliber concept vehicle. It’s “not too far off” from the vehicle that will soon replace the aging Dodge Neon subcompact, Chrysler Group marketing chief Joe Eberhard told TheCarConnection.com. The show car had a literally explosive debut at the Geneva Motor Show on Tuesday, and the automaker is hoping it will make an even more noise when a production version rolls into showrooms on both sides of the in barely a year. Sporting the big Dodge crosshair grille and sitting atop 19-inch wheels, the Caliber is not just another entry-class sedan. In fact, Chrysler is risking the wrath of American consumers with the five-door design. Hatchbacks are big sellers in
Tags:
auto Engine Geneva Motor Show Marketing Products Wheels Auto Shows
2020
The Car Connection
See the winners »
2020
The Car Connection
See The Winner and Nominees »