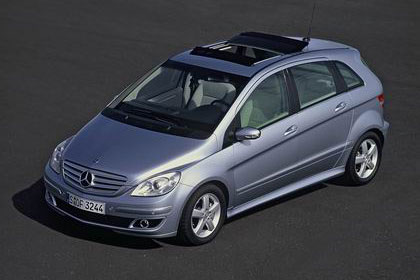 U.S. customers will have to wait for the new Mercedes B-Class until the dollar gets any stronger, but this summer the car will hit the market in Europe and as planned. With the B-Class Mercedes-Benz will compete in the midi-MPV segment with models such as the highly successful Renault Scénic and the Opel Zafira.

The Compact Sports Tourer, as Mercedes also calls the B-Class, has a flexible interior. The second row can be folded down or removed and the front passenger seat can be folded down as well. In that case you can take goods with you with a length of 116 inches. The floor of the luggage compartment can be adjusted in height. The capacity is 19.2 cu. ft and can be extended to 79.2 cu. ft.

The B-Class has a wheelbase 8.2 inches longer than the A-Class and has the same sandwich concept with the positioning of the powertrain partly in front of and beneath the cabin. The five door version has a length of 168.1 inches, width of 69.3 inches, and height of 62.6 inches.

The Compact Sports Tourer will be available with six engines, of which two are diesels with power in the range from 96 hp to 193 hp the latter in the B200 Turbo. This version accelerates from 0-60 in just 7.4 seconds. The B200 Turbo and both CDI diesel versions will be equipped with a six-speed gearbox. A new Autotronic Continuous variable transmission is available for all versions.

An evolution of the ESP system (Electronic Stability Program) incorporates an extra function that is called Steer Control. This adjusts the power steering under critical conditions to stabilize the car. Furthermore, the B-Class has a new selective damping system. 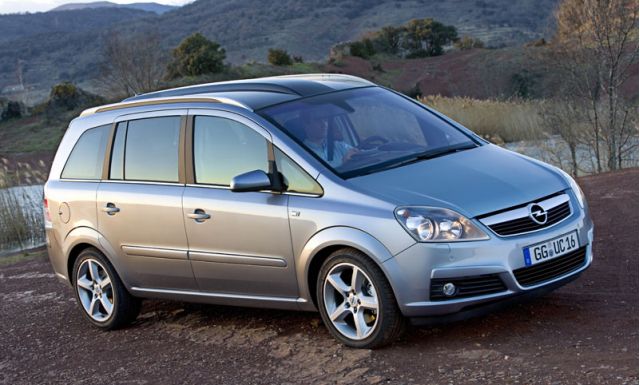 Opel, General Motor’s European division, will unveil the completely new Zafira. The successor model has seven seats, just like before. The Flex7-system has been redesigned so that it will be easier to reconfigure the seating arrangement in the Zafira. The model has grown nearly six inches to 176 inches long. GM expects a lot of the new Zafira in the highly competitive segment. 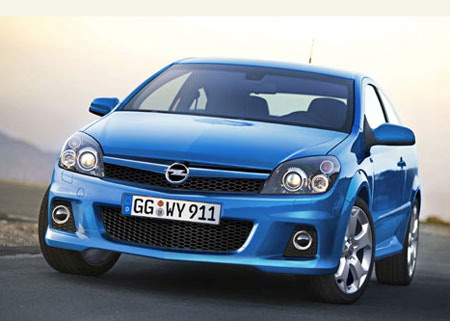 Another Opel to debut in is the Astra OPC, the production version of the HPC concept car. The OPC is a version from the and has a 2.0-liter turbo engine with 240 hp and 236 lb-ft of torque. The fast Astra should accelerate from 0-60 mph in less than seven seconds. The car will also feature IDS (Intelligent Driving System) with electronic damper adjustment, 18-inch wheels, and a body kit with bumper spoiler, foglamps, and side skirts. 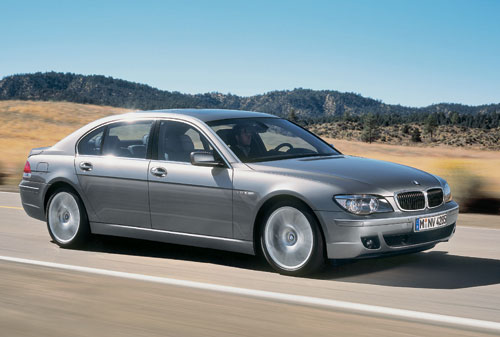 BMW facelifted the 7-Series and updated the engine range at the same time, except for the V-12 in the 760i. With redesigned kidneys on the grille, new headlights and a new bumper, the front of the 7-Series is subtly changed. Also at the rear there have been changes, of which the most significant is the softening of the rear decklid, the part that was most criticized by the public. The car also has a more luxurious interior and the iDrive controller has been refined. 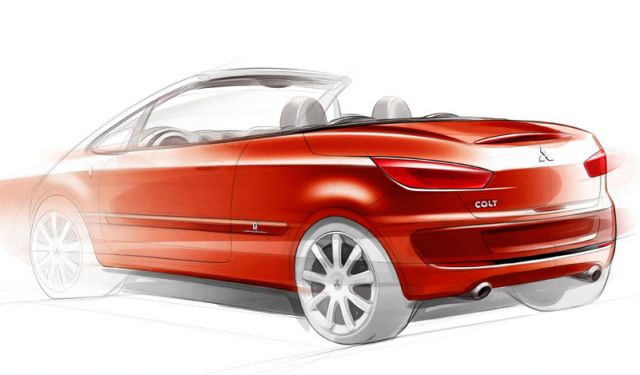 With new versions of the Colt, which came to the market as a five-door model and was joined by a three-door version in the beginning of this year, Mitsubishi hopes to get some market share in the popular segment in . The coupe-convertible is the open version of the new Colt and although it is still a concept car, we may expect — if Mitsubishi is still with us — to see the coupe-convertible in 2006. The version, which is based on the five-door Colt, has been developed together with Pininfarina and will be built by the Italian coachbuilders in their facilities. 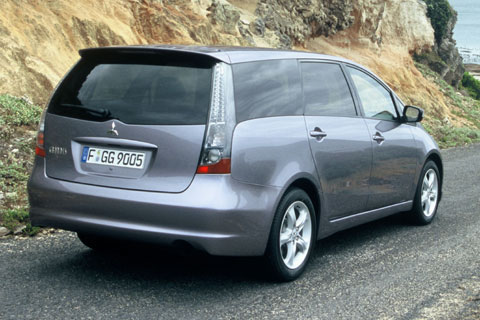 In the spring of 2004, Mitsubishi introduced the Grandis, a people-mover. 5325 of them have been been sold last year, and Mitsubishi sees this as a reasonable success in the segment that is not so big in . In , the new diesel version will be unveiled: the Grandis 2.0 DI-D, which will hit the market in the fall. The 2.0-liter diesel is the TDI engine from Volkswagen. In the Grandis it produces 136 hp and has 229 lb-ft of torque. 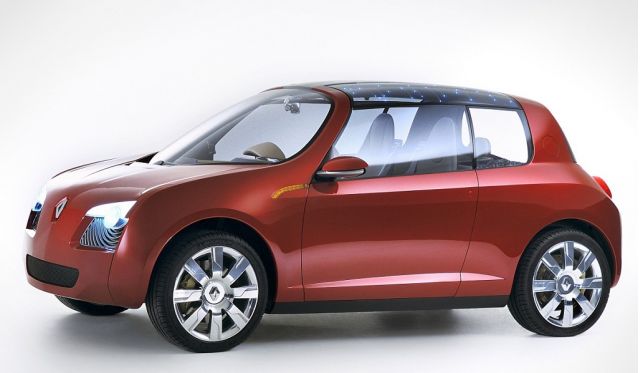 Renault will show the Z17 concept car, which will get its real name during its world premiere in . The Z17 seats three. The third person sits right behind the front passenger, while the luggage space is behind the driver’s seat. The Z17 also gives an indication about the styling of the new Clio that will be unveiled in the fall. 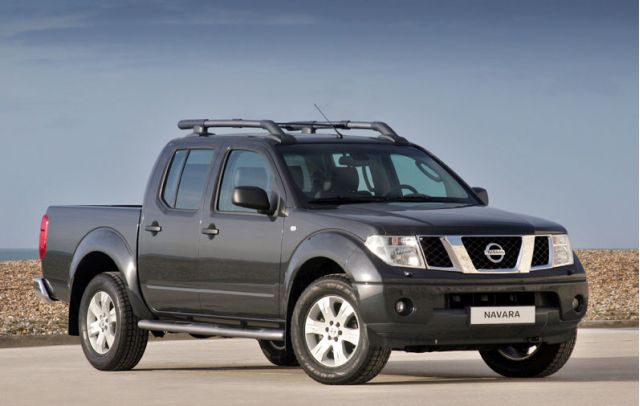 Nissan will show a pickup version of the Pathfinder, called Navara (it's the U.S. Frontier). The truck has been developed side by side with the Pathfinder. The Navara has rear-wheel drive, but can be switched into four-wheel drive by the push on a button. The Navara will be powered by a common-rail diesel engine.

In 2003, Aston Martin unveiled the AMV8 concept car in . It was already known that this was the predecessor of the new baby Aston that will hit the market this year. The production version, which is known as AM305 and will possibly be baptized DB8, is smaller than the other models we know from the English marque. The two-seater will be built in the new Gaydon plant in . 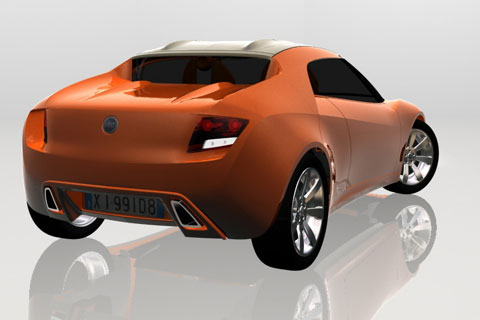 IED, the Instituto Europeo di Design, will unveil a design study reminiscent of the Fiat X1/9 from the '70s. The concept car is a 2+2 and is based on the Fiat Punto, a production car that is quite popular in.
The study is designed and built by students from the IED. The modern version of the X1/9 has a wheelbase of  101 inches, is 160 inches long, 70.5 wide and 50.8 inches high. The coupe convertible has a unique roof that will be shown in . Access to the rear seats is easy because of the long doors. 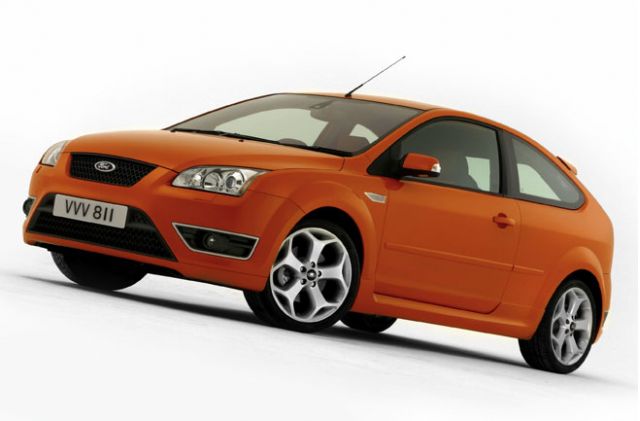 The new Ford Focus just arrived on the European markets, but in Geneva Ford will show the extension of the range with the ST, a fast version with 220 hp.

Ford has not given us many details yet, but the ST Focus (Sport Technologies) will be equipped with a Duratec 2.5-liter five-cylinder turbo engine that delivers 220 hp. We assume this is the same engine that Volvo uses in the S40/V50 with the same configuration and power output. In the ST Focus, this engine is mated to a six-speed stick shift. The fast version stands on 18-inch aluminium wheels with 225/40 rubber.

The body has been enhanced with a larger front bumper, while the grille is different than in the standard Focus, with a longer and less high upper part and a more aggressive looking opening under. On the rear the ST is immediately recognizable by the roof spoiler, a different bumper and two chrome exhaust pipes

The cockpit is equipped with bucket seats, an extra instrument panel on top of the dashboard with gauges for turbo pressure, oil pressure and oil temperature. In the ST the instrument panel has an opal color. Aluminium is used for the shift knob and pedals and the finish of gauges and ventilation openings. 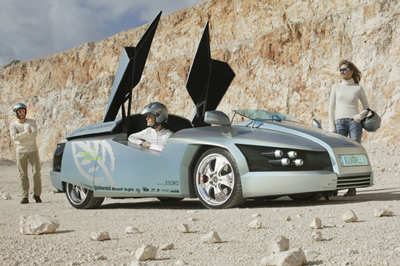 Each year showcases a new concept from Rinspeed, the company of the Swiss automotive design specialist Mr. Frank Rinderknecht. In two weeks, at this year’s Salon, Rinspeed will unveil their latest concept car, the Senso. It is a joint project of Rinspeed and Bayer MaterialScience, one of the world's largest plastics producers, and in cooperation with engineering specialist Esoro.

The Senso runs on natural gas and "senses" the driver by measuring his (or her) biometric data, then exerts a positive effect with the help of patterns, colors, music and fragrances. The idea behind this is that a person who is relaxed and wide-awake simply drives better and more safely.

A sensory system, that forms the heart of the Senso, consists of several sensors that gather data about the condition of the driver. A biometric Polar watch measures the pulse, a mobile eye camera monitors driving behavior and a HP onboard computer evaluates the data and establishes the driver’s state of mind. Upon that the driver receives various impulses to the senses that put him in a state of relaxed attentiveness.

In the Senso, four small Sharp LCD monitors emit stimulating (orange/yellow), relaxing (blue/violet) or neutral (green) color patterns into the driver's line of vision. They are integrated into the futuristically designed interior paneling, which lights up (depending on the applied voltage) over the entire area and bathes the cockpit in dazzle-free ambient light.

Important for the realization of this system is the innovative electroluminescent film technology developed by Bayer MaterialScience and the Swiss electronics specialist Lumitec. The glowing material can be made into any shape and does not need electric bulbs or LEDs.

The optical stimuli are reinforced by especially composed sounds stored digitally on a computer. In addition to the eyes and ears, the nose is stimulated, too – by scents that flow into the car through the ventilators. For a calming effect there is vanilla-mandarin, while citrus-grapefruit is more stimulating. Even the tactile senses are included: should the central computer establish any symptoms of tiredness in the driver, electric motors integrated in the seat will shake him awake by vibrating.

Of course, Rinspeed took care of the radical design inside and out. The exterior has a two-fold structure at the rear end, while in the cockpit the driver is positioned in the middle of the front row, flanked by two Recaro seats. The body is made of recyclable composite and the windscreen is made of polycarbonate, as is the rear end. The advantages of this material are that it is half as light as glass and is more break-resistant.

Rinspeed uses a modified 3.2-liter boxer engine from the Porsche Boxster S that runs on gasoline or natural gas and that is teamed to a six-speed transmission driving the rear wheels. The Senso accelerates from 0-60 in 5.7 seconds and reaches a top speed of 155 mph.

An intelligent in.pro.Sat system sends automatically an emergency call via the GSM network in case of an accident, robbery or theft. The optional

FBI Bio Drive
with integrated fingerprint recognition stores all personal data from the driver and allows an individual adjustment when starting the vehicle.