Auto show season has barely begun, and for many press members, the best is about to come. The Chicago auto show is a perennial favorite for the media — the Windy City is usually brutally cold, but with world-class restaurants, hotels, distractions and yep, even new cars, it's a popular stop on the news circuit.

This year's Chicago show is no different, especially when it comes to new vehicles. The number of introductions is far less than the Detroit show only three weeks past, but Chicago's show often attracts important new cars and trucks that could get lost in the Motown shuffle. This year, new SUVs from Toyota, two big sedans from GM, and two new products for the struggling Mercury nameplate.

And along with those, are a handful of new vehicles we can't even tell you about yet. Chrysler has a handful of concepts and production vehicles we can't divulge just yet; there's a new Kia Sedona minivan, and possibly a new Honda concept that could foretell a future Civic with a hybrid powertrain. And finally, there's the element of unpredictability brought by Malcom Bricklin, who plans to be on hand to outline some of his plans for importing Chinese-built Chery vehicles.

We'll update this preview as more details are locked into place. Stay tuned for more, and stay tuned starting February 9 as TCC reports live from the show floor.

TCC spies have already captured this first glimpse of the new Buick Lucerne. Codenamed GMX222, the LeSabre replacement will arrive restyled and re-engineered, and likely to reach dealerships in late 2005 as a 2006 model. The front-wheel-drive sedan will move up a notch with Buick amenities to fill the gap to be left by the 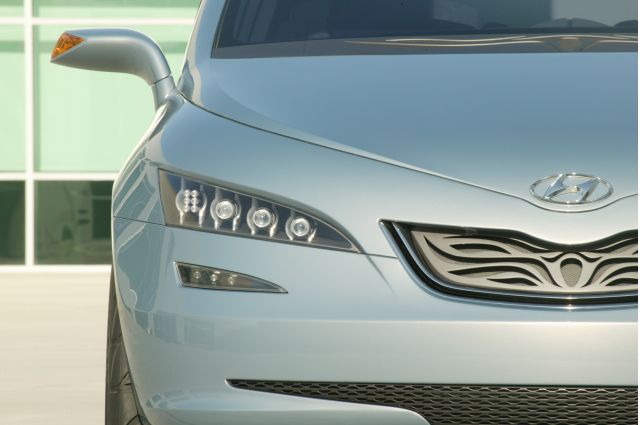 The new Hyundai Portico concept is one of more than a dozen production and concept vehicles headed for the's auto show, set to open to the media on Feb. 9. The Portico, Hyundai says, is a crossover concept that offers two-row seating and a pillarless door configuration. Few details and this photo are all we know thus far - but stay tuned for more starting Feb. 9.

Ford has struggled to define Mercury for decades, mucking about with entry-level cars as well as premium sedans and SUVs. And in recent years the brand has come to mean little more than "Fords with more chrome." How hard has it been to hang a brand identity on Mercury? Company executives say it has had twelve slogans in 25 years. Mercury sales were down 23 percent last year and are down one percent so far this year. Ford hopes the arrival of the Mariner SUV and Mercury Montego sedan this fall and the 2006 entry-level Milan sedan, geared toward younger consumers, part of a roster of six new vehicles to be introduced over four years. In addition to the Montego, Mariner, and 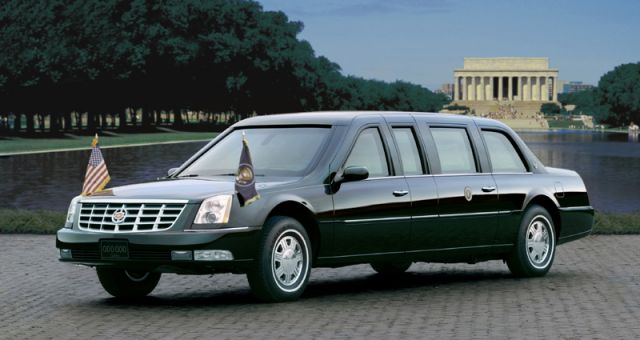 The newest "Art & Science" Cadillac to bow has already arrived, sort of, in the GM lineup. The new Cadillac DTS showed up at the inauguration of President George W. Bush to his second term in office. The new Cadillac DTS — the replacement for the DeVille four-door and similar models — formed the basis for the black limousine that transported the president down Pennsylvania Avenue. The limousine's front and rear ends are those from the new DTS, which will be shown in series production form at February's Chicago auto show. 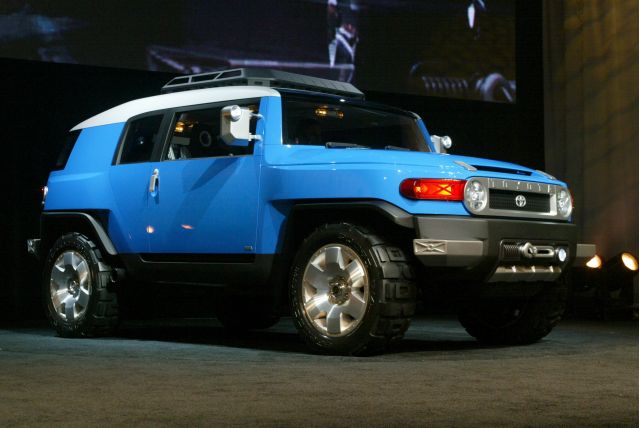 The smaller, retro-themed Toyota SUV called FJ Cruiser will become a production vehicle-and its debut is set for the Chicago Auto Show in February. said in a brief release on Tuesday that the FJ is "chiseled from nearly a half-century tradition of tough off-road performance provided by the legendary FJ 40, the original 4Runner, and 4x4 compact pickups." The new vehicle will be pitched as an affordable SUV for the active-lifestyle set. No other technical information or pricing has been released on the FJ Cruiser. A recent FJ Cruiser concept shown at other auto shows is pictured here.

The latest AMG product hitting American shores will make it as far as the Chicago show before slowing down momentarily for its North American debut. The Mercedes-Benz S65 is powered by a 6.0-liter V-12 with 604 horsepower and 738 lb-ft of torque. During the show's media days, Benz engineers from AMG will actually build two engines on the show stand, taking about 7 hours for each assembly. Benz says this is the only time engines have or will be assembled outside of , home of AMG.