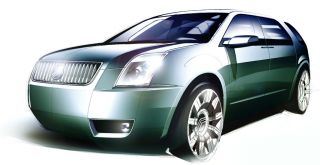 If you’re even only vaguely connected to the auto industry, you’re most likely preparing for the winter onslaught that is the dueling and auto shows. This year’s pair of shows — as always — promises to be the best yet.

But there’s no need to wait to see the new models. Much of what you’ll see at both shows is already showing up on Web pages — especially ours. Pull it all together in one place and you have our omnibus and show preview. We’ve lumped them together because we hope you’ll be too busy celebrating to discern a difference — plus we’re sure most, if not all, of these concepts appearing first at L.A. will make an appearance in Detroit as well. show debuts are noted where appropriate. Return here as often as you can for frequent updates as news breaks. And stay tuned starting January 4 as we bring the show to you, and January 9 as opens its doors. 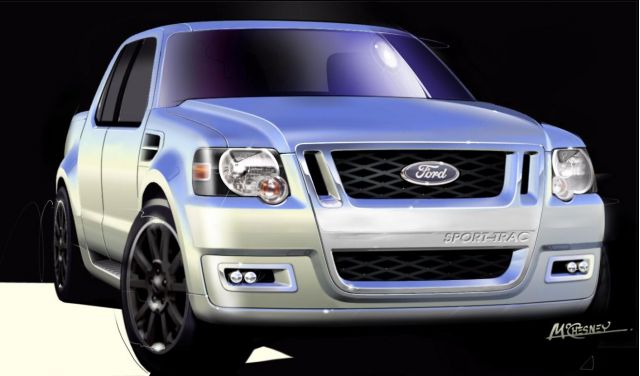 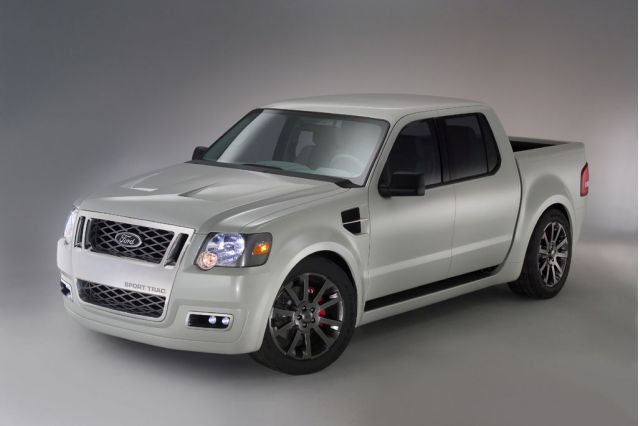 Ford's aging Explorer Sport Trac could be getting a replacement — if a new concept bowing at the auto show is any indication. The Explorer Sport Trac concept due at the January show, Ford says, will deliver "more of everything that helped the original sport utility truck launch one of the fastest growing segments in the industry." With competitors like the Honda Ridgeline coming to the party, Ford seems prepared to grow the Sport Trac into a size class larger than it occupies now: the new concept is almost five inches longer, two inches wider, and two inches lower than today's Sport Trac, giving it a "street" look, according to a press release. Powered by a version of Ford's 4.6-liter V-8, the Sport Trac concept also gets Roll Stability Control, which Ford says it will put on more than a half-million vehicles this year. The 21-inch wheels add to the bling factor of the concept, which loses door handles in favor of keyless-remote controls. An independent suspension is fitted in the rear, and Ford promises more cargo options in the Sport Trac's bed. The auto show opens to the media on Jan. 9. 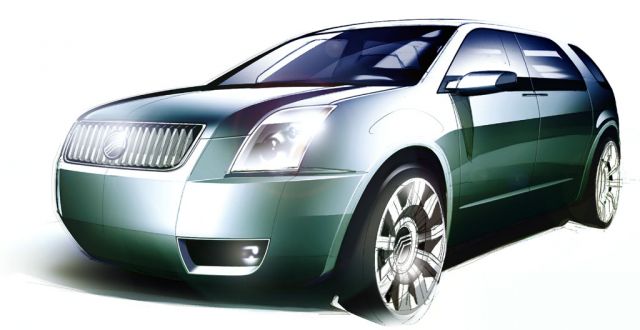 A safety-inspired Mercury concept — with heavy Ford Freestyle undertones — takes the stage at this January's  auto show. The concept vehicle will be known as the Meta One, and it will be outfitted with a raft of safety features such as a lane-departure warning system and Roll Stability Control, which Ford says it will put on more than half a million of its vehicles by the end of 2005. The lane-departure system uses cameras to sense the striping on the road, and alerts drivers who pass outside the lanes with visual, aural or vibrational warnings. Mercury's concept also will show off a new Collision Mitigation by Braking system that uses cameras and radar to predict when a crash may occur and to prep the vehicle for the impact by up to five mph by applying the brakes. The production Mercury version of the Ford Freestyle is due in 2007. 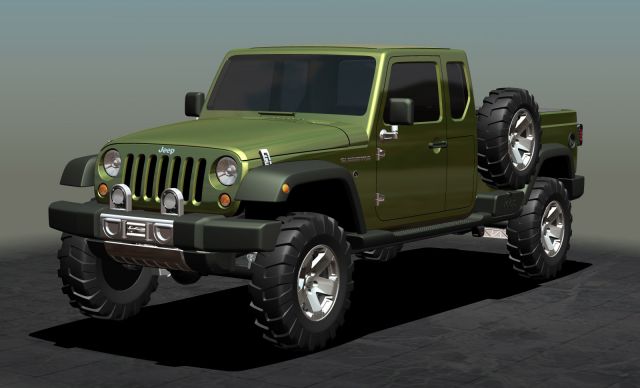 Think of this flashy pickup prototype as "part of the fleshing out of the Jeep division," suggested Trevor Creed. The design director at DaimlerChrysler's Chrysler Group, he acknowledged "(we) haven't done enough with Jeep," adding that "we're going to do an awful lot more…in a very short time."

With its exposed door and hood hinges, there's a bit of the back-to-basics look to Gladiator, enhanced by a canvas roof that rolls partway back, much like a sunroof, but it also can be removed entirely. The pickup features dual doors on the passenger side and, on the passenger side, a cargo hatch for easy access to the rear on the driver's side. The doors swing open a full 180 degrees. Based on an all-new platform, so-called "lifestyle vehicle," may be straightforward in design, but what you see isn't always what you get. The Gladiator's most innovative feature is its cargo bed. In normal configuration, it measures 5.5 feet in length. But stow the rear seat cushions and the rear bulkhead moves forward into the two-row cab, stretching the bed to an even eight feet.

Featuring a part-time 4x4 powertrain, the Gladiator boasts a 2.8-liter, four-cylinder turbodiesel making 163 horsepower and 295 pound-feet of torque. The engine is mated to a manual transmission.

While Creed won't say whether the Gladiator is set to become part of Jeep's expanding product portfolio, it wouldn't hurt to keep a close eye on this concept vehicle, especially the bold front end. It "could be" the inspiration for the next-generation Wrangler, Creed hinted. "We always learn our lessons from these concepts."

Make that "codename Firepower!" The name may change by the time this two-seat sportscar hits 's Cobo Hall next January, but the striking styling is all but locked in stone. Or, to be more precise, carbon fiber, the material of choice for Chrysler's show cars.

The Firepower prototype is meant to slot in somewhere between the sporty Chrysler Crossfire and last year's audacious ME-412 concept vehicle. (And, not so coincidentally, the Firepower and ME-412 were both designed by 30-year-old stylist Bill Niedlander.) If the dimensions seem familiar, that's because the Firepower shares its platform with the Dodge Viper. But in Chrysler trim, it's meant to be more elegant and refined, in the tradition of a classic grand tourer, according to Creed, who suggests you "think of the likes of Aston Martin."

Though there continues to be some interest in the ME-412 at Chrysler's highest levels, its astronomical price tag seems to have limited the likelihood it would go into production. The Firepower could still serve as a top-end halo car, though Creed cautioned that for the moment, at least, there is no talk of production. On the other hand, he quickly added, "Sometimes design (department) has to put something out there and take the lead" to see what the market reaction is. Then the beancounters need to figure out if there's a business case to be made.

By now we've all seen "official" sketches of the upcoming Charger, but here are the first actual pictures of the much anticipated Charger caught in an undisclosed location. The Charger will make its official debut at the North American International Auto Show in, and arrive at dealerships next spring as an early 2006 model. Published reports state that Charger will be powered by a 3.5-liter V-6 or the optional 5.7-liter HEMI, but insiders expect the 6.1-liter HEMI to follow — as it will be doing with the 300C, Magnum, and even the Grand Cherokee.

Dodge Revs Up New Charger by TCC Team (10/4/2004)
But will four doors conjure up the right image? 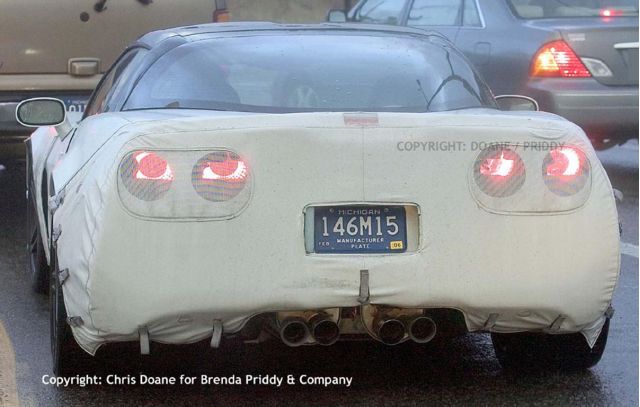 Packing 500 horsepower with its 7.0-liter V-8, the high-powered Z06 Corvette will be introduced by Chevrolet early next year. Sources are speculating that Z06 coupe, shown here, will be introduced at the Los Angeles Auto Show in January, followed days later by the convertible introduction at the North American International Auto Show in . Wider tires and Brembo brake calipers give the first clue to the true identity of this masked Corvette. Rumors of a removable hardtop option are also circulating. But we may have to wait till January to find out more.
Pontiac G6 Coupe/Convertible 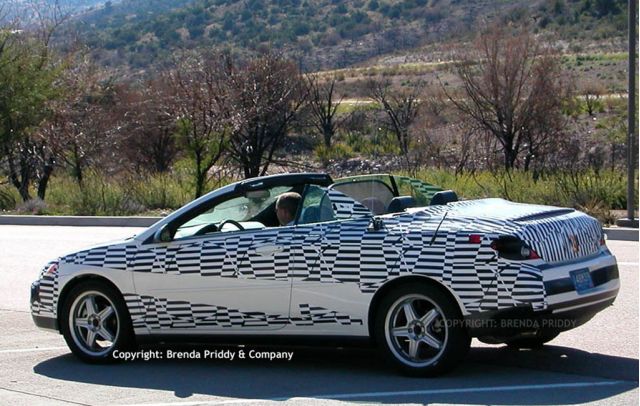 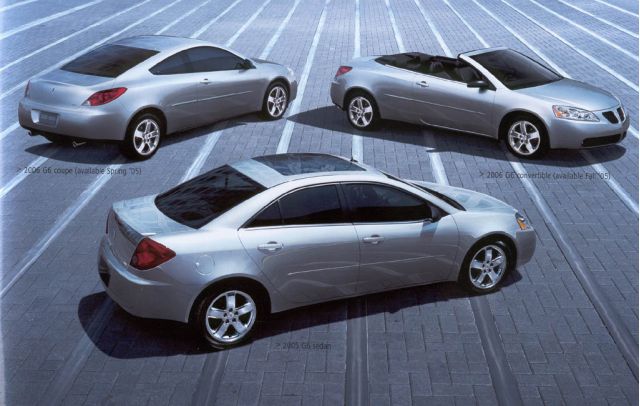 Oprah isn't the only one showing off the new Pontiac G6. But Oprah only had the sedans, and we've caught the upcoming convertible and coupe versions. The sporty coupe will reach dealerships in early 2005, but the convertible will not make its retail appearance until the third quarter of 2005 as a 2006 model. The convertible, with an annual projection of 40,000 sales, will be equipped with a retractable hardtop, much like those on models priced far more expensively. No word on powerplants, but a V-6 with at least 250 hp is expected. Both are expected to be show in Detroit. 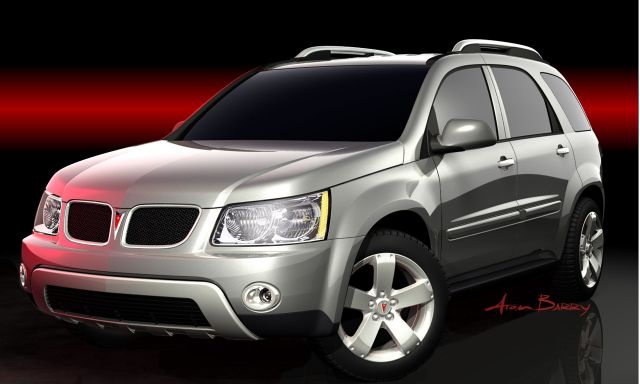 Along with the G6 twins, Pontiac will show the Torrent, the 2006 crossover wagon that shares its architecture with the Chevy Equinox and makes its on-sale debut in the fall of 2005. The Torrent, like the Equinox, will be built in, and sports the same 185-hp, 3.4-liter V-6, in either front-drive or all-wheel-drive format. "The Torrent represents a new dimension of 's commitment to 'total performance,'" said Jim Bunnell, Pontiac-GMC general manager. "Along with a spirited powertrain and a crisp handling package rarely seen in an compact SUV, the Torrent adds a degree of flexibility and spaciousness designed to meet the needs of owners with active lifestyles." 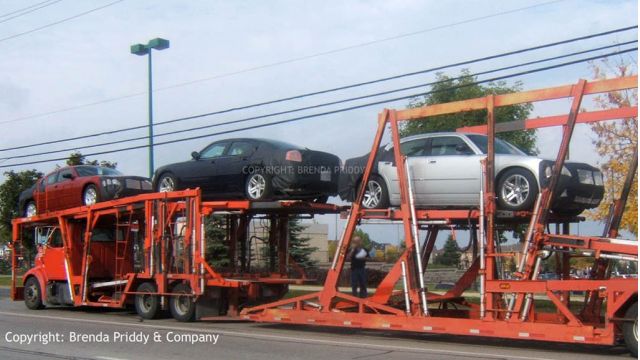 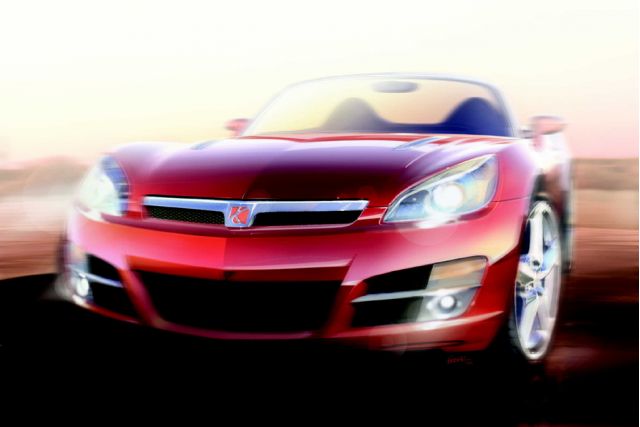 The second vehicle from the Kappa family at GM will arrive at the  auto show in January. Sketched here, the Saturn Sky will share its rear-drive architecture with the Pontiac Solstice, and its design theme with future Saturns that will appear in the next two years as GM invests in the brand and moves its products upscale. Saturn dealers will get the Sky in early 2006; it'll be assembled in