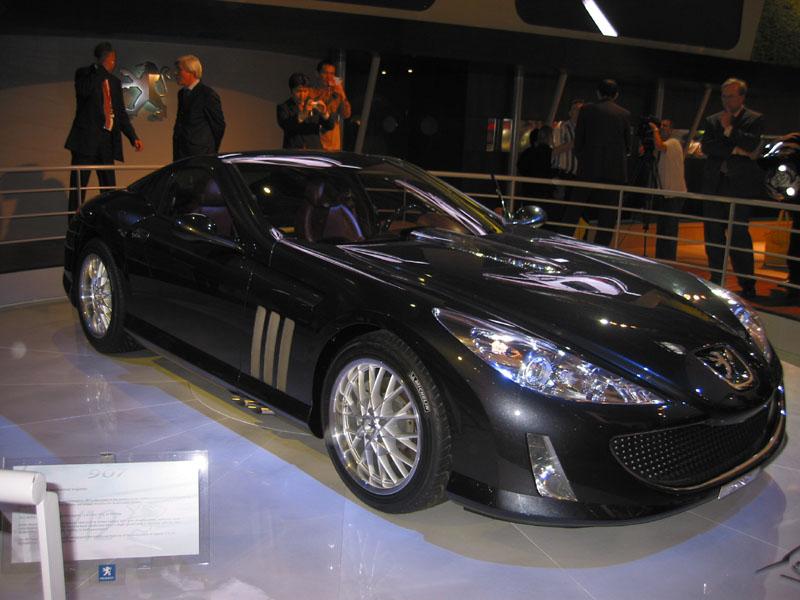 The stunning 907 concept has few antecedents, according to the loosely translated French dialogue we heard on the floor of the Paris Expo. In fact Peugeot says this concept is only the second vehicle to wear the number 9 — the racing 905 of the early 1990s being the other. The concept, according to execs, is the “concentrate of brand values,” which apparently include a whomping 500-horsepower 6.0-liter V-12 coupled to a six-speed sequential gearbox. The big, handsome grand tourer is outfitted with a luxuriant interioer, including Alcantara trim and a wooden steering wheel. 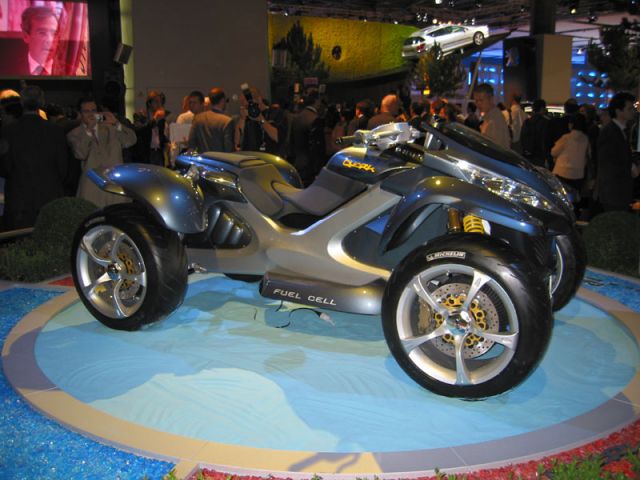 The Quark concept looks like something that “escaped a science-fiction” film, Peugeot says, but the Quark also shows plenty of influence from ATVs and motorcycles although its futuristic powertrain doesn’t. The Quark sports a combination of a fuel cell and electric motors — four of them, to provide torque to each wheel. The concept in theory has a range of 80 miles, and measures only 93.7 inches and is 59 inches wide, making it an ideal city ute — for Metropolis, maybe. 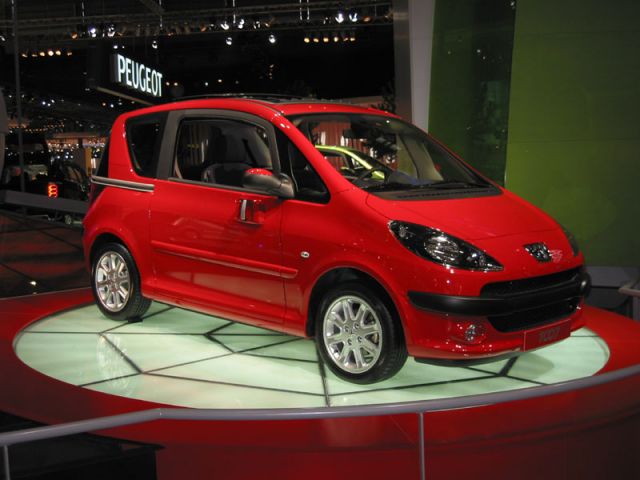 Peugeot’s new compact two-door has features that could get you thinking minivan. At 147 inches long and just under 64 inches high, the 1007 is a full four-seater, with two rear seats that are mounted independently and can be adjusted to provide maximum carrying space, seats for two passengers, or the ability to carry long loads. But the most unusual and minivan-like feature of the new car is its electrically-operated sliding doors, which offer easy access to the interior as they do on MPVs. Not only is the cabin easy to clamber in, it’s easy to customize as well. Peugeot will offer twelve different trim kits that can be interchanged to restyle the seats, doors, rear side panels, air vents and fascia at will. Three engines will be offered: 1.4- and 1.6-liter gasoline and a 1.4-liter diesel, and the car will be available with an electronically-controlled four-speed gearbox that can be used as an automatic or sequential manual according to choice and driving conditions. 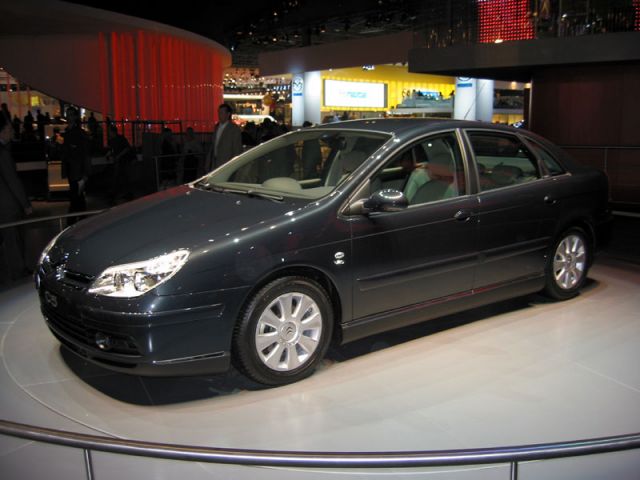 The big Citroen sedan for 2005 is laden with safety equipment and diesel options, two things that make French consumers snap to attention. The C5’s safety gear includes a lane-departure system, which alerts drivers with a mild vibration in the seat frames if they drift out of their traffic lane above 80 km/h; a second-generation stability control system and a new kneebag for the driver. Front park assist, a speed limiter and xenon directional headlights make the C5 as fault-free as possible. When it comes to engines, the big C gets a lot of them: a pair of four-cylinders, 1.8 and 2.0 liters; a 210-hp 3.0-liter V-6; and three common-rail diesels with up to 138 hp. Six-speed automatic and manual gearboxes are offered as well. 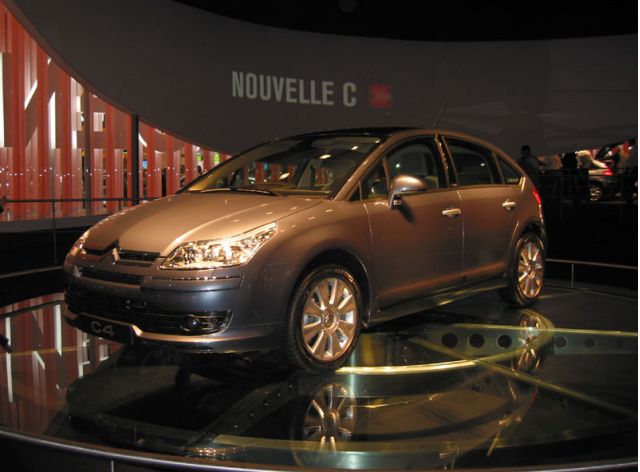 The mid-size C4 is geared to appeal to a wider range of drivers — those who want more than four doors and those who want fewer than four. Like the C5, the C4 gets a lane-departure warning system, xenon lamps, a speed limiter and tire-pressure monitors — but it also gets a scented air freshener, something we’d like to see standard on the subway and the Paris Metro alike. Five gas engines are offered, from 90 hp to 180 hp in output, and three diesels are available as well, identical to those offered by Peugeot. 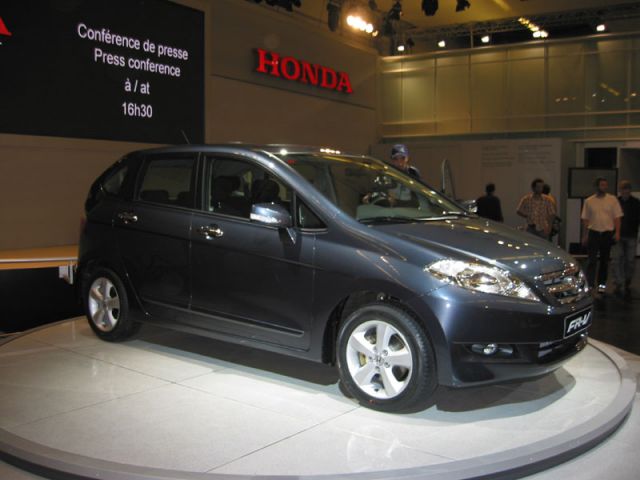 Honda’s new compact MPV (that’s minivan in Euro-speak) has an unconventional seating arrangement that may never come to the States, but is an intriguing solution to the ever-changing needs of these vehicles. The 3+3 seating arrangement in the MPV, which replaces the outgoing Stream, staggers the middle seats in both rows and puts them on tracks to allow them to move independently. They can be moved rearward respectively 10.6 and 6.7 inches. The luggage compartment of 5.5 cu ft can be extended to 37 cu ft, or with the second row completely flat to 56.5 cu ft. The FR-V is built on the stretched platform (105.5 inches) of the Civic, which allows the FR-V to have a flat load floor. On sale in the fall, the FR-V will come with either a 125-hp 1.7-liter SOHC VTEC from the Civic or the 156-hp 2.0-liter DOHC i-VTEC from the Accord. A diesel engine will follow in the spring of 2005. 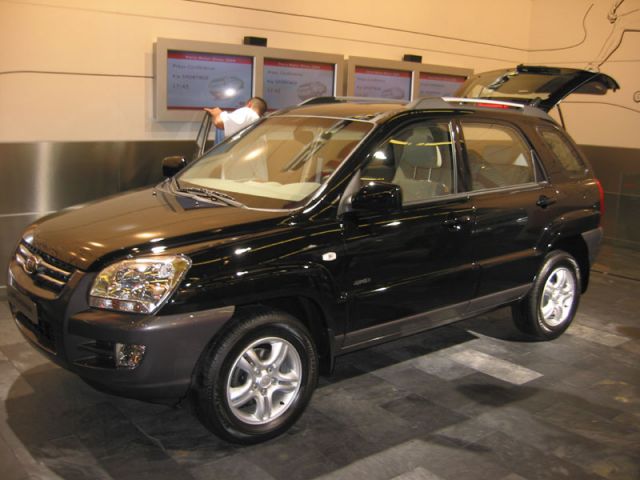 The new Sportage SUV will have the same name around the world — a first for Kia as it would be for Prince, we’re sure. The new Sportage is built on the same platform as the Hyundai Tucson, and sits 171 inches long, 71 inches wide, and 67 inches high. In , there will be a choice of three engines: a 2.0-liter four-cylinder with 140 hp, a 2.7-liter V-6 with 175 hp and a 2.0-liter CRDi common-rail diesel with a power output of 100 hp. The Sportage seats five and will be available with 2WD or 4WD and a five-speed stick shift or a four-speed automatic transmission. For , Kia expects to begin sales early next year and hopes to sell 60,000 units a year, split between the 140-hp four and the 175-hp V-6.
Tags:
auto Engine Fuel May Paris Auto Show 2004 Auto Shows Car Safety
2020
The Car Connection
See the winners »
2020
The Car Connection
See The Winner and Nominees »