Aiming to leverage its global resources, General Motors rolled out a series of products that will be used to support the launch of its Chevrolet brand in next year. Though one in 16 cars sold worldwide is a Chevy, the marque has been, until now, a niche player on the continent, marketing specialty models like the Corvette. But starting in January, Chevrolet will serve as GM’s entry-level brand on the continent. Initially, its products will be low-priced models produced by Daewoo, the South Korean carmaker General Motors purchased in a fire sale two years ago.  “We now have the opportunity to sell our Korean cars as Chevrolets,” explained GM CEO Rick Wagoner. Eventually, however, Chevy’s European dealers could see the brand move a bit upscale, but the middle of the European market will be left to German-based Opel. 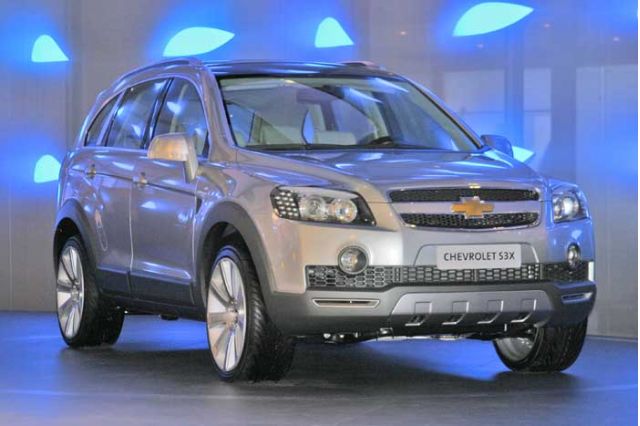 The SUV-style concept is a thinly-disguised version of one of the first new models Daewoo will produce for Chevrolet to sell in . It will feature an all-new diesel produced in . The crossover vehicle can hold up to seven passengers in three rows. The S3X boasts a large rear window that can be opened separately from the tailgate. And an oversized glass roof provides the concept vehicle with an open and airy feel. GM officials admit that the Daewoo brand name did not have an overly positive image around the world, one reason they’re abandoning it in favor of Chevrolet. But GM “car czar” Bob Lutz insists any concerns about quality are a thing of the past. In general, he told TheCarConnection, “Korean quality is coming up so fast now, it rivals the rest of the world.” 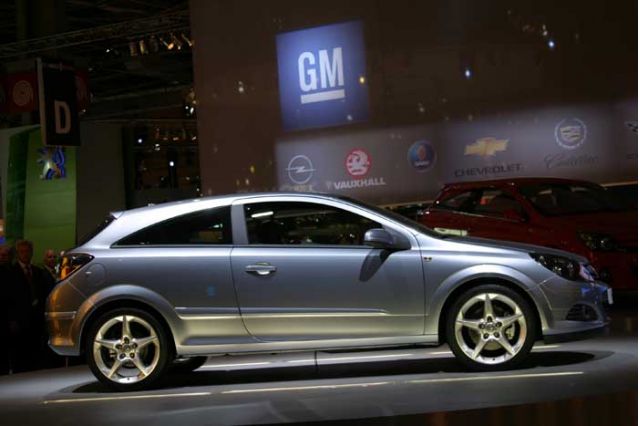 While much of the attention is going to the launch of Chevrolet, GM isn’t exactly ignoring its mainstay European brand, Opel. The troubled subsidiary has been clawing its way towards a turnaround with an aggressive product offensive that “is sacred” to its revival, asserted GM Europe Chairman Fritz Henderson. The Astra is a major link in the chain of new models rolling out of GM plants, and a sportier Astra GTC version makes its debut in this week. The hatchback will boast an array of five different gasoline and diesel engines, from 90 to 120 horsepower. Meanwhile, a high-performance concept version of the Astra was unveiled at the Thursday press preview, its 2.3-liter gasoline engine producing 240 horsepower. 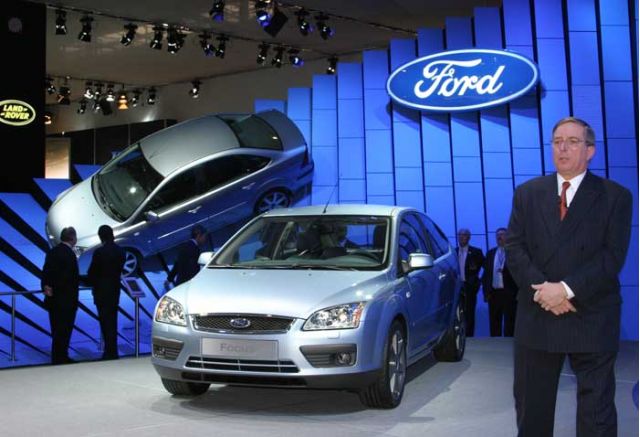 Like GM, Ford Motor Co. is struggling to reverse steady sales declines and turn red ink black. So the newly-updated Ford Focus will be critical to that turnaround. Focus “reflects the priorities we’ve set for ourselves in ,” declared Lewis Booth, who runs the operation. Sharing platforms with the well-received Volvo S40 and Mazda3, the subcompact gains almost an inch in wheelbase, and nearly eight inches overall. It will be offered in a variety of body styles, including sedan, hatchback, and wagon. 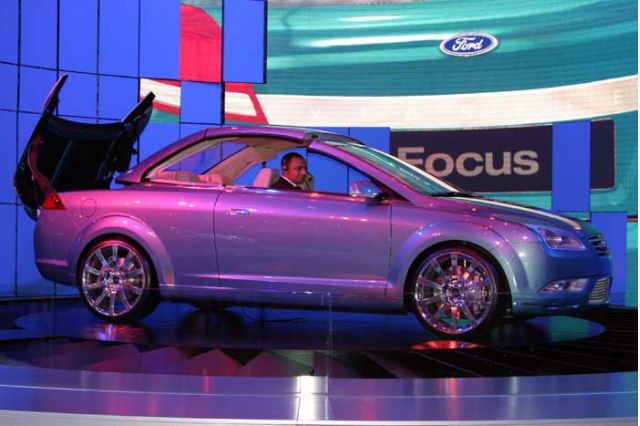 At the previews, the automaker also revealed the Focus Vignale Concept, a sleek coupe with a fast-opening, retractable hardtop. The production version of the new Focus will offer some decidedly up-market features, including six airbags and cornering lights. That’s likely why Ford has decided that it will continue producing the older, less expensive version of the popular subcompact back in the , at least for now. 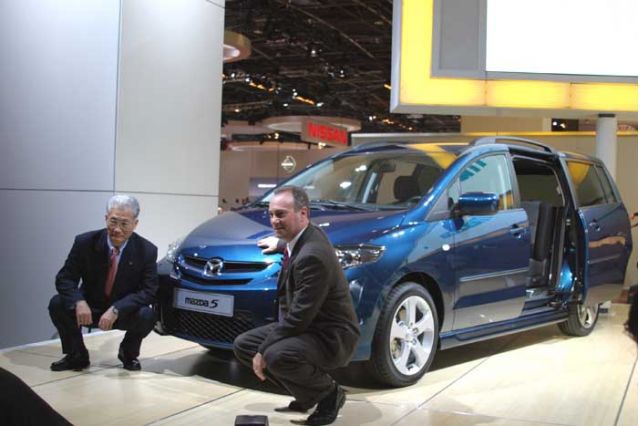 Think of the new Mazda5 as “a practical car that can dance,” declared the automaker’s marketing chief, Steve Odell. The vehicle he referred to combines attributes of both a sporty hatchback and a pint-sized minivan. The Mazda5 features dual sliding rear doors — a first in the segment Europeans call MPVs — and a highly flexible interior package that can seat up to seven. There’s plenty of storage space, even some hidden below the second row of folding seats. But for minor changes in bumpers, and a seating package configured for six, the version of the Mazda5 shown in Europe will also wind up in the sometime in 2005. Initially, Mazda expects only limited sales, explained Odell. “It probably starts out as a niche, but I think there’s an opportunity for vehicles with flexibility in the ” 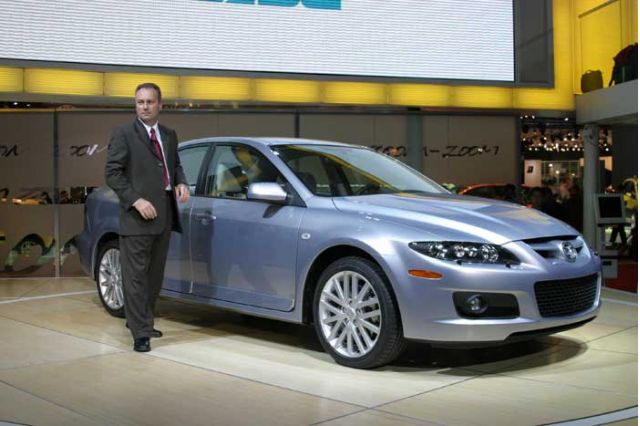 “I always wondered what would happen if you cranked up the zoom-zoom a bit,” said Odell, referring to Mazda’s well-known advertising tagline. The answer, apparently, is a new, high-performance version of the mid-size Mazda6. To be launched in in early 2005, the Mazda6 MPS delivers about 255 horsepower through an all-wheel-drive powertrain. It boasts a beefed-up suspension, and oversized disc brakes. A version will be added to the lineup, as well, under the nameplate of Mazdaspeed6.

You’ll need to look close to spot the subtle changes in the 2005 version of Bentley’s sporty Continental GT. They start with new, 20-inch tires mounted on specially-designed alloy wheels. There’s a new, anodized aluminum scuff plate, and a variety of interior refinements overseen by the exclusive Mulliner operation. You want choice in a luxury car? No problem, considering Bentley buyers will now be able to choose from 42 exterior colors and 27 interior hues. For those more focused on performance, the transmission electronics have been tuned to deliver quicker, yet smoother, shifts.
Tags:
auto Body Engine Expensive Paris Auto Show Products Auto Shows
2021
The Car Connection
See the winners »
2021
The Car Connection
See The Winner and Nominees »