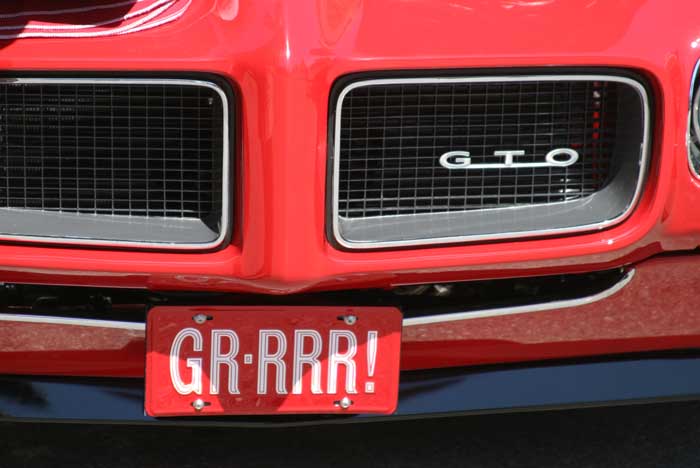 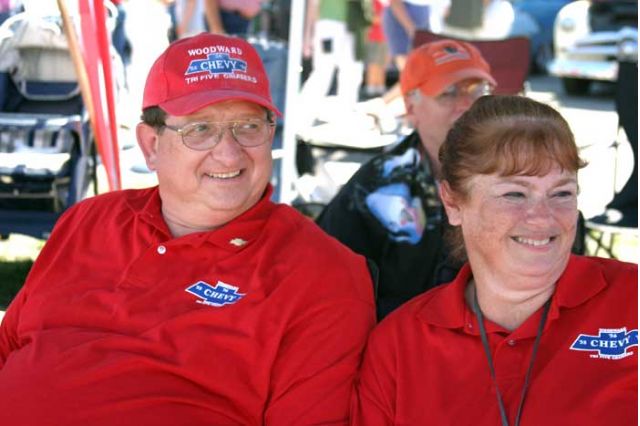 In the heydays of the cruising phenomenon, there were more than two dozen hamburger stands and diners lining the 16-mile stretch of that ran between and . And countless garages and body shops. Most of the burger joints, like the legendary Ted’s, are long gone, leaving little more than this fading book of matches. But there are plenty of memories. Roger and Amy Posey wouldn’t dream of missing a Woodward Dream Cruise. For good reason, considering they met at a Texaco station along “the boulevard” 33 years ago. They’ve been together long enough it’s hard to tell who’s starting and ending each sentence. When asked what makes the annual Saturday event so special, they both chimed in that, “It’s the sights. It’s sounds. It’s the love of the cars. It’s the octane.” By mid-afternoon, they’d parked their own '56 Chevy to sit back at a street corner and watch the rest of the world go by. 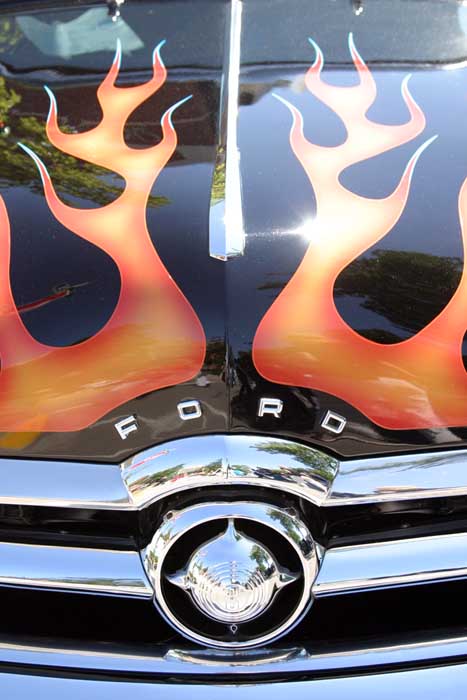 Maybe this explains why they call them “HOT” rods. Flame paint jobs were in abundance over the weekend, adorning everything from old '50s Fords to late '60s muscle cars. Some owners chose to keep things subtle. Others were intent on making things as bold and 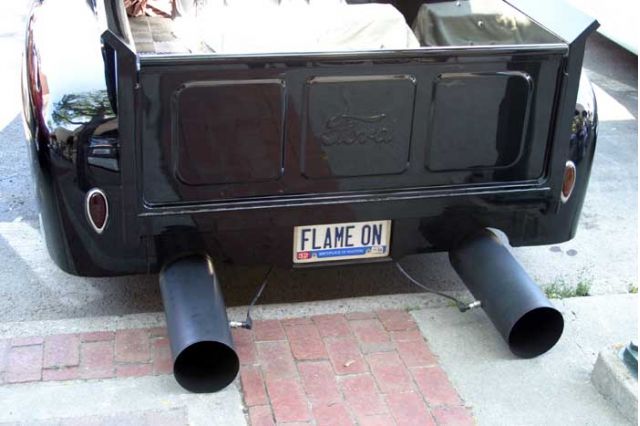 obvious as possible. That includes the owner of this hot rod pickup who’d rigged up his exhaust system to belch two-foot flames with the flick of a switch. Shades of the Fantastic Four! 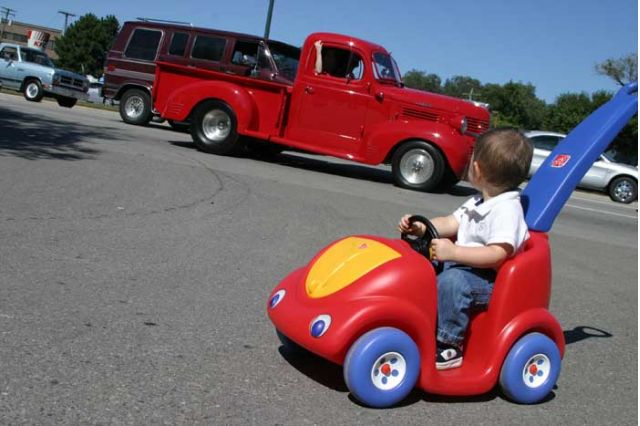 Many of the original Woodward cruisers were back out for the weekend’s festivities, ofte with their kids and grandchildren. Every youngster seems to react differently to the sights and sounds of thousands of revving muscle cars. While one child could be seen screaming in full-blown panic, another had to be forcibly restrained from running after every tire-spinning hot rod. This young’in was clearly in the latter camp, dreaming of the day he could trade in his hot wheels for something with a bit more horsepower. 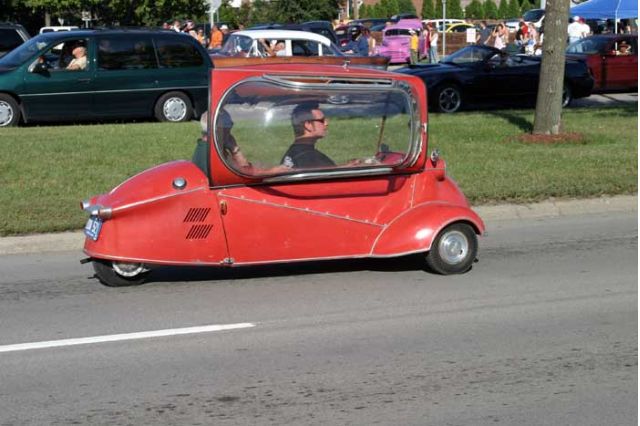 Okay, we at TheCarConnection.com like to think of ourselves as “the Web’s Automotive Authority,” but after spending the day out cruising Woodward, we have to admit we’re a bit stumped by some of the more unusual vehicles we spotted along the boulevard. We’re betting the one here is a rare Messerschmitt, a post-World War II car build using the cockpit bubble and other leftover pieces of the deadly German fighter plane. 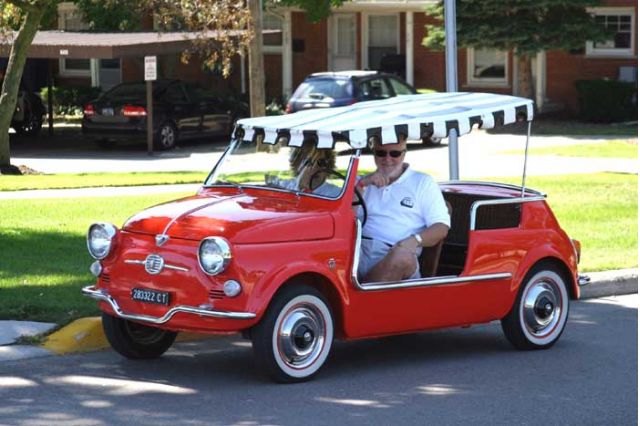 We weren't quite sure about the other odd cruiser here and solicited your thoughts. We've learned that one thing is faster than an old muscle car...TCC's reader mail. Not more than a few minutes passed after we originally posted the item immediately above when eagle-eyed Lindsay Brooke, a senior analyst with CSM Worldwide, sent over a note correcting and expanding on our comments about what is indeed a Messerschmitt car. Rather than take credit, we've left our original brief and will add Lindsay's comments here: "The little Kabinroller bubble cars actually shared ZERO componentry with the company's wartime aircraft. The Allies made sure all of the aircraft tooling and leftover parts were destroyed, except that which we confiscated for our own jet program. Also, the bubble canopies of the Me262 jets would've been too large to fit the tiny cars. (The infamous Me109 never used a bubble canopy.)" 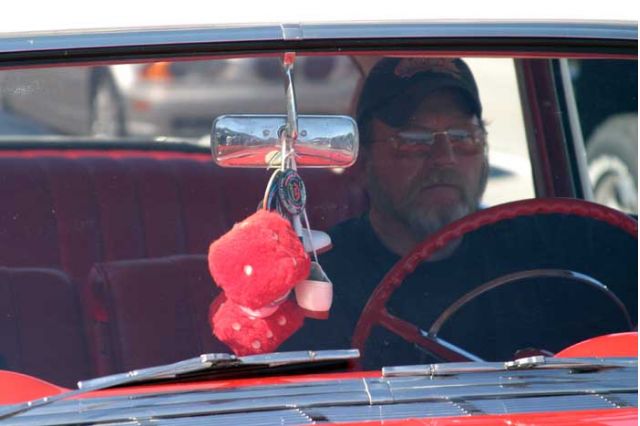 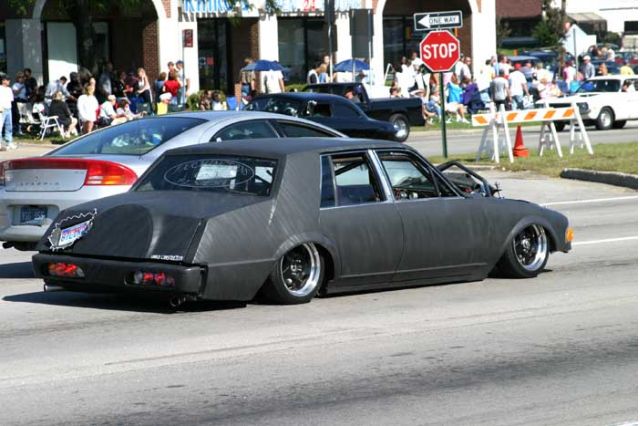 Cruising was a national phenomenon. may have been the best-known spot, but back in the '50s, '60s and '70s, there were plenty of other places from to . Hot rods and muscle cars were standard order, of course, and still are for events like the Woodward Dream Cruise and ’s Hot August Nights, but cruising, today, shows many regional differences. In , where you’ll find the influence of the Latino culture, low-riders are all the rage. And this year saw West come east as low-riders took to Woodward. They should be thankful the boulevard was recently repaved. Few would have made it over the big potholes of years past. 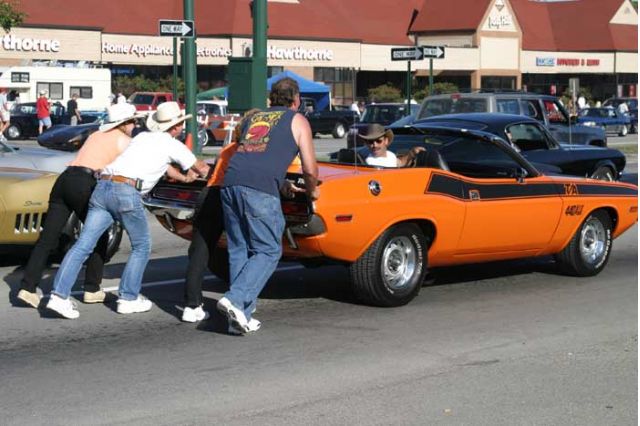 Back before the first oil crisis crushed the life out of the muscle car, you could tank up on premium for as little as 35 cents a gallon. And when a price war hit, it might go down as low as 19 cents, recalls old cruiser John Swayze. “A couple of bucks, and you could cruise for a week.” Maybe it’s the $2.49 premium that one sees along Woodward these days, but apparently some Dream Cruisers were hoping to get by without filling up. Of course, if you’ve got a few friends along for the ride, you don’t even have to stop when you run out of gas.
Tags:
Body Engine May Other Auto Shows Paint Wheels 2004 Auto Shows Classics
2021
The Car Connection
See the winners »
2021
The Car Connection
See The Winner and Nominees »