General Motors will invest roughly $3 billion for a massive expansion of its Chinese production capacity, which will be accomplished by a major new-product assault. GM will take its production capacity from a current 550,000 to 1.3 million units by the time the project is completed in 2007, said Phil Murtaugh, chairman and CEO of the GM China Group. Powertrain operations in China would be expanded accordingly. Murtaugh said the investment prompts "an unprecedented race among global automakers" to tap into the booming Chinese market that has been growing at a rate of up to 100 percent annually in recent years. He noted the project will create significant investment and employment opportunities outside China for other GM operations to supply parts and components to the rapidly expanding assembly lines. GM has been steadily expanding its operations since setting up its first assembly line in 1998, but the rate of growth exceeds its own earlier expectations.  Late last year it announced a plan that would have taken production to 865,000. The new expanded plan will allow GM to produce 20 new and significantly updated products, including at least three from Cadillac. Initially the automaker will import the CTS, SRX, and XLR, but it will later switch to local production. GM's announcement comes just before the Beijing Motor Show, at which other manufacturers are expected announce significant expansion plans. But at this time of expansion there are growing concerns of a market slowdown. Murtaugh said he is not especially concerned, because pent-up demand is just so great that any slowdown will only be a temporary one. -TCC Team

Ford to Focus on China with new concept 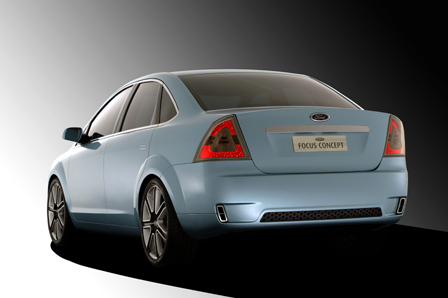 Ford Motor Co., a latecomer to the booming Chinese market, has introduced its first-ever concept designed specifically for the Asian nation. The Focus concept will officially go on display later this week when the Beijing Motor Show opens its doors to the public. The prototype is a slight bit larger than the current Focus models sold in the U.S. and other markets, especially in terms of interior and trunk space. There's a more rounded look than today's angular model, as well. "This Concept presents the four-door as the style setter for the next generation of car buyers in China," explained Paul Gibson, Ford's design manager for the Asia/Pacific region. 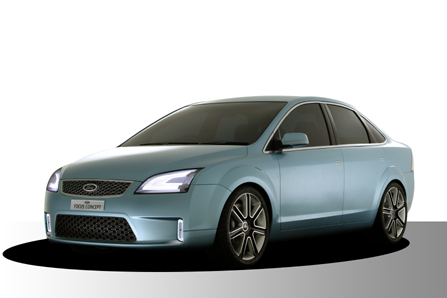 Specific production plans are unclear, but Ford is now trying to build a position in China, where it lags behind such competitors as Volkswagen, DaimlerChrysler, and General Motors - which just announced a $3 billion expansion program. Ford only began production in China in January of 2003, working with its partner, Changan Automotive Group. It now produces Chinese versions of both the Fiesta and Mondeo and is expected to continue building on the lineup. At this year's auto show, Ford will also display import models from a number of its global brands, such as Volvo and Aston Martin. -TCC Team

Insisting Ford is "here for the long haul," Ron Tyack, president and CEO of Changan Ford, denied criticism that the number-two U.S. automaker has been far too timid in its Chinese growth strategy. Ford and its partners are now looking to spend about $1 billion in an expansion plan that, among other things, will boost production capacity in Chongqing from 20,000 to 150,000 units a year. And it is preparing plans for a second plant in Nanjing. Ford is also stepping up imports and, for the first time at the Beijing Motor Show this week, will display products from global brands such as Aston Martin and Jaguar that it believes will have big potential in China's mushrooming luxury market. Ford's Volvo division already is a small but successful import brand, and Mazda is looking for volumes approaching 100,000 in China this year. All told, Nyack acknowledged a near-term goal for Ford's various brands to capture anywhere from seven to ten percent of the Chinese market. At the current pace, with sales expected to hit five million this year, that would mean Ford group volumes of more than 350,000. Nyack declined to say just how much more capacity Ford might eventually need to meet its goals. -TCC Team

The Chinese government continues easing back on restrictive rules limiting product and investment programs. Last year, that permitted automakers to launch a record number of new products, estimated at roughly 70 passenger cars and light trucks. The number is expected to grow in 2004, according to various sources. But while Auto China 2004 brings plenty of product news, the event is bookmarked by investment announcements adding up into the billions. Ford's $1 billion expansion program was dwarfed by GM's release of a $3 billion plan that would more than double its Chinese production capacity. Meanwhile, Volkswagen has issued word of its own $5 billion program - though many observers expect the German automaker to scale that back. Western and Japanese parts suppliers also are making news in Beijing. PSA Group detailed plans to set up a large research center in the southern Chinese boomtown of Shenzhen. And Siemens VDO said it will double the size of its auto gauge venture with partner Wuhu Co. Ltd. -TCC Team 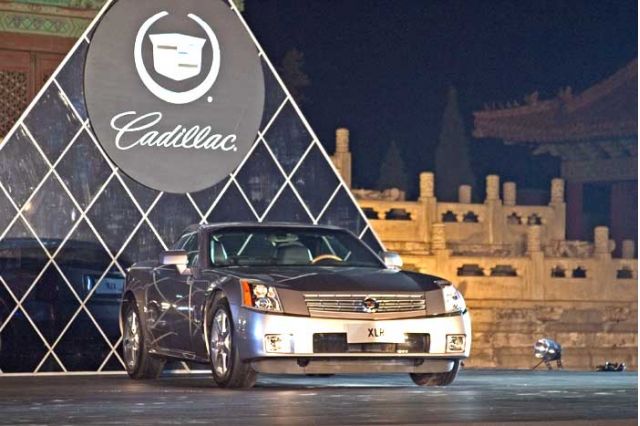 Not all that many years ago, conventional wisdom suggested Chinese consumers would want small, inexpensive, and very basic transportation. Reality is proving very different, as the high-line segment becomes the fastest-growing piece of the booming Chinese market. While luxury cars account for only about two to three percent of current sales - estimated to reach 120,000 top-end vehicles in 2004 - automakers are betting the share will surge with the arrival of more top-end product. On Tuesday, Lexus announced it will open fourteen Chinese car dealerships in China by mid-2005. Ford is set to start selling Astons and Jaguars, and Nissan is looking to develop demand for Infiniti. Even Ferrari is set to begin selling products in China this year. Cadillac took reporters out to visit the Great Wall on Tuesday, where it provided a driving opportunity. CTS and SRX models will begin rolling into showrooms by late in the year, with the XLR to follow in 2005. Initially, they will be imported, but production of Chinese-made versions of the CTS and SRX will debut shortly afterwards. "By 2010, China could represent 15 percent to 20 percent of our total volume," Caddy General Manager Mark LaNeve noted. BMW has just begun producing a version of its 5-Series in Shenyang, meanwhile, and Mercedes-Benz is preparing Chinese-made versions of its C- and E-Class models. -TCC Team
Tags:
auto bmw Driving Other Auto Shows Products Selling Auto Shows
2020
The Car Connection
See the winners »
2020
The Car Connection
See The Winner and Nominees »