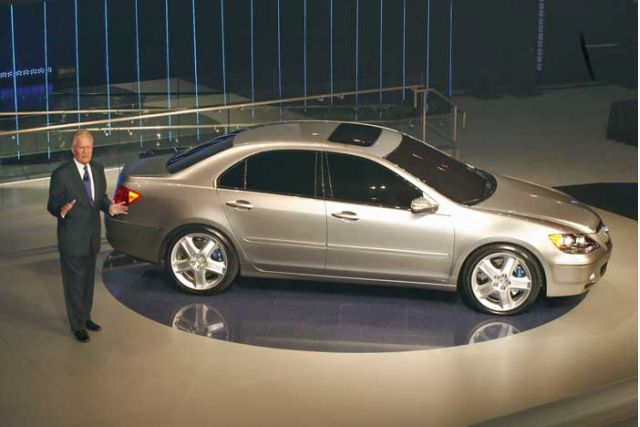 The Japanese automaker’s top-line RL model has never made much of an impact on the market. Acura is hoping to improve its perception —and sales — with the introduction of its second-generation RL. The flagship sedan features an all-new, 3.5-liter, VTEC V-6 making 300-horsepower, the most powerful engine ever from Acura. That will be driven through the new Super Handling All-Wheel-Drive (SH-AWD) system that not only distributes power forward and aft, but also shifts power left or right to help enhance high performance maneuvering. SH-AWD will debut on the 2005 Acura RL this coming autumn. So will a first-of-its-kind real-time traffic monitoring system introduced by XM Satellite Radio. According to marketing director Dick Colliver, Acura hopes to “feel our way” into the higher end of the luxury market. The automaker definitely has some momentum going for it. The smaller TL has helped Acura boost sales by about seven percent this year. “Sales have been going through the roof," Colliver said in.

With the launch of the Spectra5, the latest entry to Kia’s midsize line-up, “the only thing we didn’t change was the name,” declared Fred Aikins, project leader for the new sport wagon. “Think of it as the Spectra four-door’s sportier, more extroverted twin,” he explained during Kia’s turn in the spotlight. The five-door features a mesh blackout grille with integrated spoiler matched by the rear valance and spoiler. The Spectra 5’s suspension has been tightened, and the car gets new 16-inch alloy wheels. It’s powered by a 138-hp 2.0-liter in-line four. In typical fashion for a Korean make, the automaker will include six airbags and four-wheel disc brakes, as well as air conditioning, a tilt steering wheel, heated outside mirrors, and a CD audio system as standard features in order to enhance the 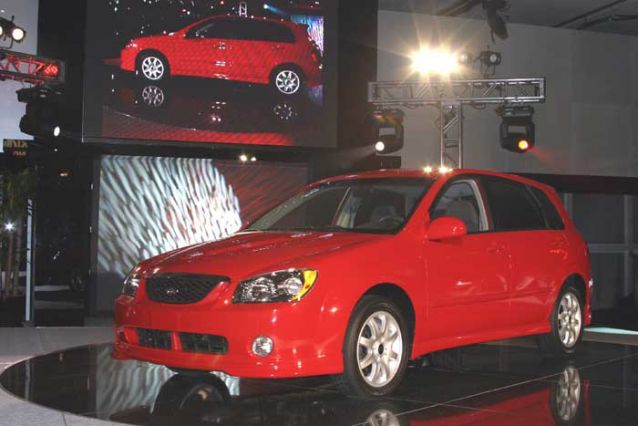 value equation. The new 5 is expected to account for almost a third of overall Spectra sales and help Kia maintain its momentum. In March, the brand’s sales rose eleven percent in the , and so far this year, volume has surpassed both Volkswagen and Mitsubishi.
ARE WAGONS BACK?

Are wagons cool again? Not everyone is ready to agree. While wagons were the body style of choice during the ’50s and ’60s, they’ve fallen out of favor in recent decades. The big behemoths, traditional wagons like the old Buick Roadmaster, are not coming back, analysts like Dan Gorrell warn. On the other hand, sporty, wagon-like crossovers are becoming increasingly common. The new Cadillac SRX and Chrysler’s are just two examples. European makes are finding models like the BMW “Touring” appeal to a small but dedicated audience. And Japanese makes like Suzuki and Kia are predicting big sales with new sport wagons. The word, “wagon” itself is “not cool,” admitted Kia project manager Fred Aikins, but even that may be changing. Chrysler is about to launch its new Magnum model, which will not try to find a euphemism 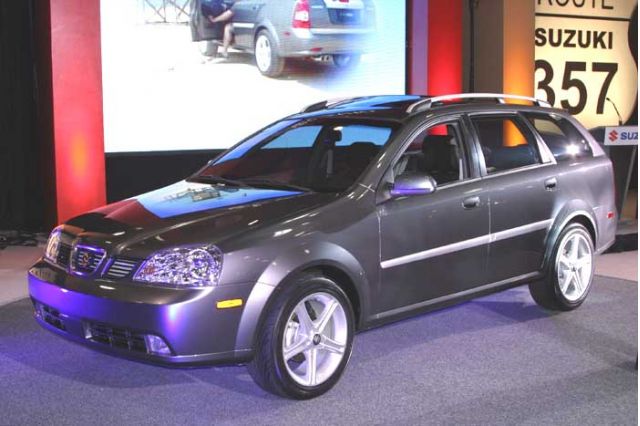 to replace the wagon destination. Why the shift? People “are realizing not everyone needs an SUV,” suggested Gorrell, though they’d like some of the ute’s attributes, such as their bigger cargo compartments.

FORENZA FOLLOWS WITH ITS OWN SPORT WAGON

“There’s been a resurgence of interest in wagons,” echoed Suzuki’s marketing director, Tom Carrey. The automaker attempted to prove its point with a new version of its Forenza model. The Forenza sport wagon will feature a 2.0-liter, 126 hp four-cylinder engine, four-wheel disc brakes, and speed-sensitive steering, along with an assortment of normally up-market standard features, such as air conditioning and power seats. The sport wagon will launch later this year and various packages will range in price from $13,000 to $16,000.

The world premier of the Cadillac STS is an important event, especially now GM wants Cadillac to conquer the European market. So one hears the phrase, “tested at the Nürburgring,” quite frequently when speaking with Cadillac executives. For those who haven’t logged much track time, the big surprise is that anyone can pay a modest fee and take a lap of the long German track. And you may want to if you get your hands on the high-performance version of the new STS now under development, hints Kip Wasenko, Cadillac’s chief designer and the man who takes credit or blame for the automaker’s edgy Art & Science design theme.  Wasenko acknowledged he is busy with the development of the STS-V, the high 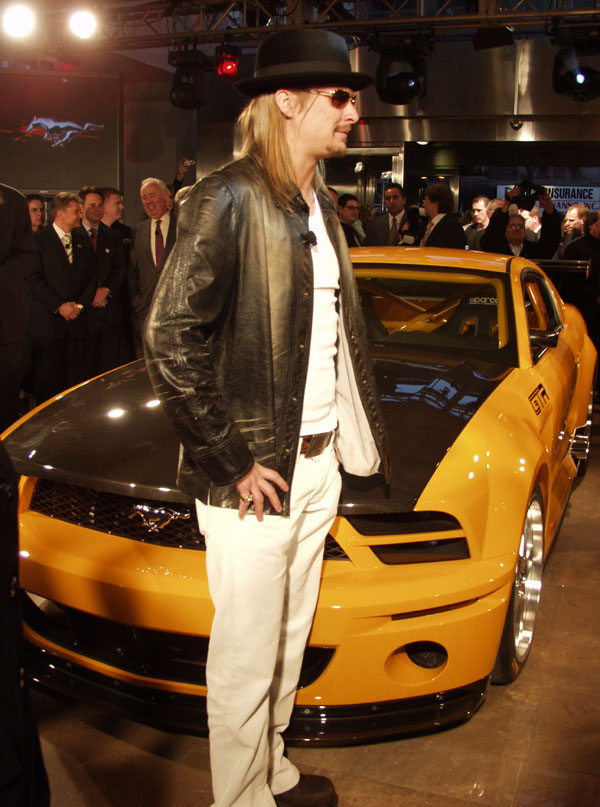 performance version of the new STS. “That one will be a bigger step than the CTS-V was compared to the base model.” Expect the world premiere of the Cadillac STS-V in in January. (Henny Hemmes)

The pony car legend was born in at the 1964 World’s Fair. That’s why Ford organized a special Mustang Celebration at Manhattan Auto Group, its main dealer at

11th Avenue
, on the evening of the start of the show. Ford CEO Nick Scheele and Jim Padilla were there to meet the crowd who came to see new and old Mustangs that were scattered through the showroom. When at 7 p.m. the front doors opened and all guests heard the sound of the Cammer V-8 echoing between the buildings, it was becoming clear why the Mustang GT-R, that was unveiled earlier that day, had left the show quite early that afternoon. The Valencia Orange car made its entrance at the dealership in great style. Driven by a member of the GT-R team, who had a special passenger: Kid Rock. The men admired the car, the women had a fainting-fit. The connection with the Detroit-bred rocker is actually fitting. Kid’s father was a long-time Detroit car dealer, and in those days when he was a struggling New York rock-star wannabe, he once worked as a porter at Manhattan Ford. (Henny Hemmes)
Tags:
auto Body Engine Marketing May New York Auto Show Auto Shows
2022
The Car Connection
See the winners »
2022
The Car Connection
See The Winner and Nominees »