Cadillac added yet another letter car to its stable today as it showed its all-new STS luxury sedan. It's the first vehicle in the 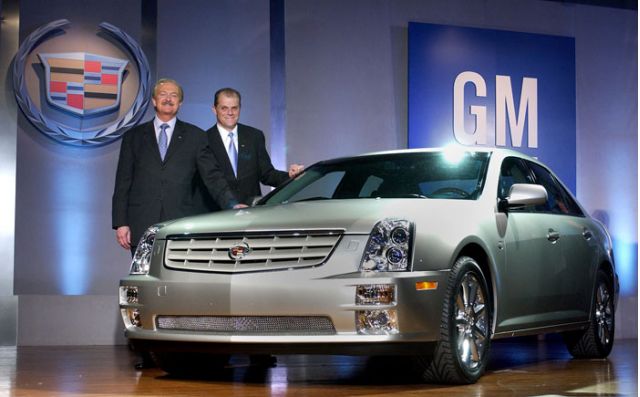 original series to feature rear-wheel-drive in 25 years. For buyers nervous about that layout, the STS will be offered with an optional all-wheel-drive package, as well. Built on GM's Sigma architecture — the same platform used for the smaller CTS sedan — STS features a 3.6-liter V-6 with variable valve timing, producing 255 horsepower and 250 pound-feet of torque; or an optional 4.6-liter V-8 putting out 320 hp and 315 lb-ft of torque. 0-60 times for the V-8 will be less than six seconds. With a notably more refined look, with an upgraded intervior and a host of standard features, Cadillac is targeting such tough competitors as the Mercedes-Benz E-Class and BMW’s 5-Series with the new STS. Base price will be $40,995 for the V-6; $47,495 for the V-8. (Al Vinikour) 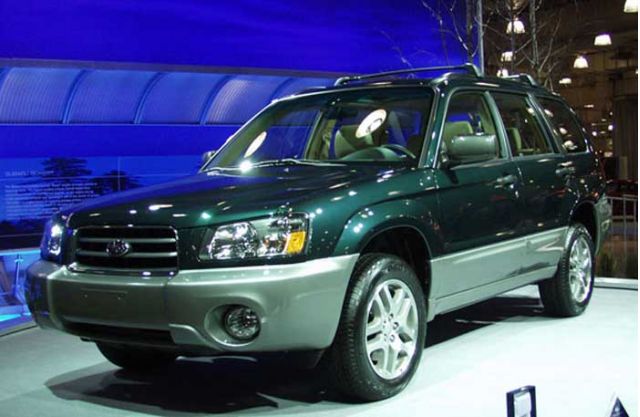 2.5 XM L.L. Bean Edition. The new spin-off expands the Forester line-up to four models. After the Outback, the Forester is the second vehicle that is offered as L.L.Bean Edition as part of the marketing partnership between Subaru of America and the renowned retailer of active lifestyle clothing and equipment. The special edition is based on the 2.5 XS and adds, among other things, a four-speed electronic direct control automatic transmission, ten-spoke aluminium wheels, leather trimmed upholstery with perforated bolsters and the L.L. Bean logo embossed into the front seats, bumpers and body cladding, power moonroof, self-leveling rear suspension, security system, and a water-resistant hard surface of the cargo floor and the rear seatback. (Henny Hemmes)

Audi A6 gets a makeover

You’re bound to recognize the basic shape of the all-new Audi A6, but the most noticeable part of the German sedan’s makeover is its 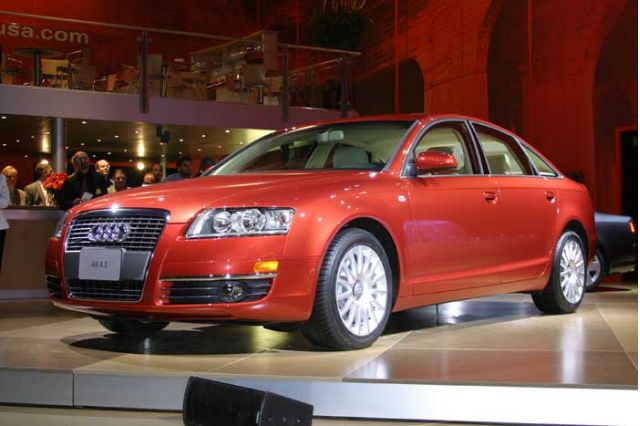 all-new face, influenced by the Nuvolari concept car of a few years back. The A6 debuted in Geneva earlier this year, and is now making its way over to the key U.S. market. The new car grows in almost every critical dimension: the wheelbase is over three inches longer, the overall length is stretched nearly five, and it's about two inches longer. What surprised some observers was the decision to retain a steel, rather than lightweight aluminum, body. Many observers had expected Audi to copy the aluminum spaceframe construction of the flagship A8. There are a variety of new, high-tech features on the A6, including xenon daytime running lights, as well as active cornering lights. Audi also adds its MMI control system.

Audi on the Silver Screen 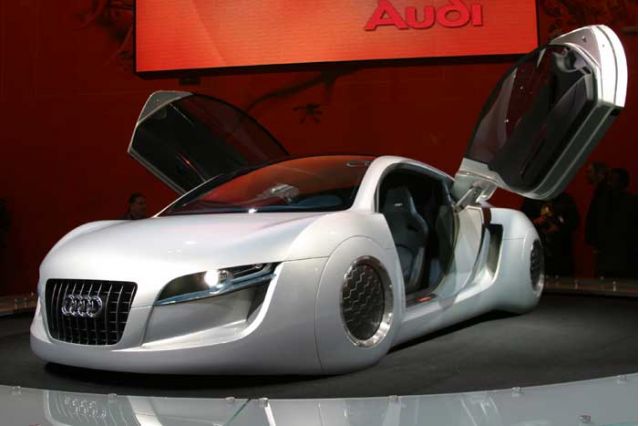 It may have to take second billing to silver screen star Will Smith, but Audi hopes to win over moviegoers with its performance in the upcoming sci-fi adventure, “I Robot.” Based on the classic Isaac Asimov novel, the film features a custom-made concept vehicle, which Audi has dubbed the RSQ. It was specially designed in cooperation with director Alex Poroyas, explained Audi’s Tim Miksche, who handles relations with the movie industry. (Most automakers seek out attractive “placement” opportunities to show off their products on film.) Poroyas is himself an Audi owner and decided to approach Audi after seeing last year’s Nuvolari concept car. While the film depicts a future in which cars are controlled by an automated grid, star Smith chooses to drive himself, and that, said Miksche, “makes a brand statement for us.” It took just ten weeks to go from sketch to drivable vehicle, three running versions of the RSQ being built. One was purposely crashed for the film, another used for interior shots. The third will be used for join promotional efforts sponsored by Audi and Warner Brothers in advance of the debut of “I, Robot,” later this year. (TCC Team)

At least for the moment, Mini appears to be the only automaker on the American market not offering incentives, yet dealer inventories 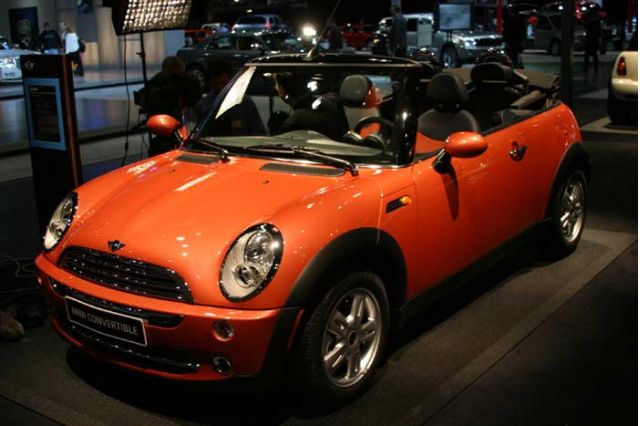 are down to a meager five-day supply, says Jack Pitney, the U.S. General Manager of the British brand. And the Mini team intends to keep it that way by developing a steady stream of new spin-offs. The latest is the Mini convertible, the smallest ragtop sold in America. During a New York preview, Pitney suggested the vehicle would more aptly be described as "the world's first street-legal go-kart." With the top down it even has the same view as a go-kart. What possessed Mini to develop a convertible is a golden opportunity to enter a global market that has grown four-fold in the past four years, 60 percent of convertible sales coming in the U.S.   Mini’s open-air model features a 1.6-liter, four-cylinder engine and a host of safety features, including disc brakes all around, and ABS. According to Pitney, the vehicle can be "You-ified," with a choice of eleven exterior colors (with matching dash and door panels) and several leather and fabric selections. The top is available in blue, green, or black. It's the first convertible to feature both a heated rear window glass and a 16" sunroof built into the convertible top. The Mini convertible will be introduced in September of this year in both the Cooper, and Cooper S models. It will carry a price of approximately $22,000, about $5000 more than the hardtop model. (Al Vinikour)

While rising fuel prices may make for anxious headlines, “We’ve yet to see any impact on purchases,” said Ford Vice President Mike O’Driscoll. The polls show that the cost of gasoline is perhaps the single biggest issue to motorists, yet O’Driscoll told TheCarConnection it is not showing up as a factor at the showroom, where “interest in big luxury cars and big SUVs continues like never before.” O’Driscoll said he is confident there won’t be any shift in purchase patterns, but if it did, there are some ways the industry could compensate. In, diesels are becoming one of the most popular options for luxury motorists. Several manufacturers are exploring interest in diesels here in the States, including Mercedes-Benz, which is just launching the diesel version of its E-Class line. But O’Driscoll cautioned it would be “two to three years” before luxury makers could shift to diesels on a large scale for the (TCC Team)