The mists are beginning to clear over plans for the Geneva Auto Show. Once again, it looks like there will be a good crop of concepts and new production cars to make sure the only major auto show held in a country with no indigenous manufacturers will be as interesting as ever. 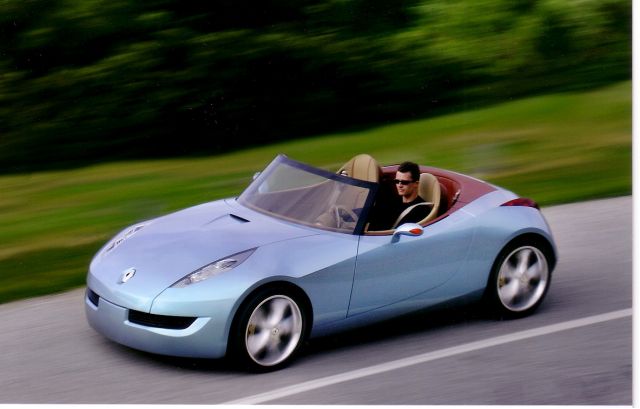 Among the concepts promised, the most interesting is likely to be Renault’s Wind, a three-seater roadster that looks as though it could be turned into production reality with the minimum of effort. Renault denies any production plans, but we know how public reaction to show concepts can sway company policies, particularly in these days of niche vehicles. The Wind is a compact open-topped model that eschews the common failing of two vestigial rear seats and replaces them with a central perch that would not be as comfortable as the two front seats but would offer a degree of comfort to an occasional second passenger. Power comes from a 2.0-liter four-cylinder producing 136 hp, so performance would be adequate, and the curvaceous looks should attract plenty of “When can I buy one” interest. Technically, the car is interesting because of new modular radiator technology from French firm Valeo. The Wind has two small units, set low at the front, and Valeo says the technology is ready for production use now.

Fiat will be showing a concept that looks back to the cute small cars that were part of every Italian street scene from the Fifties to the Eighties. The Fiat Trepiuno (“three plus one”) follows the Fiat tradition of the original 500 — or “Topolino” (Mickey Mouse), as the Italians called it — the New 500 and the 600. The style is decidedly derivative of the earlier cars, but Fiat says it’s purely a concept and there are no thoughts of production. In view of the fact that Fiat’s current small car, the Seicento, is a bit long in the tooth and that the Italian market, with its crowded city streets, has taken the Smart car to its bosom, the reaction to the official line is “You’ve got to be kidding.” 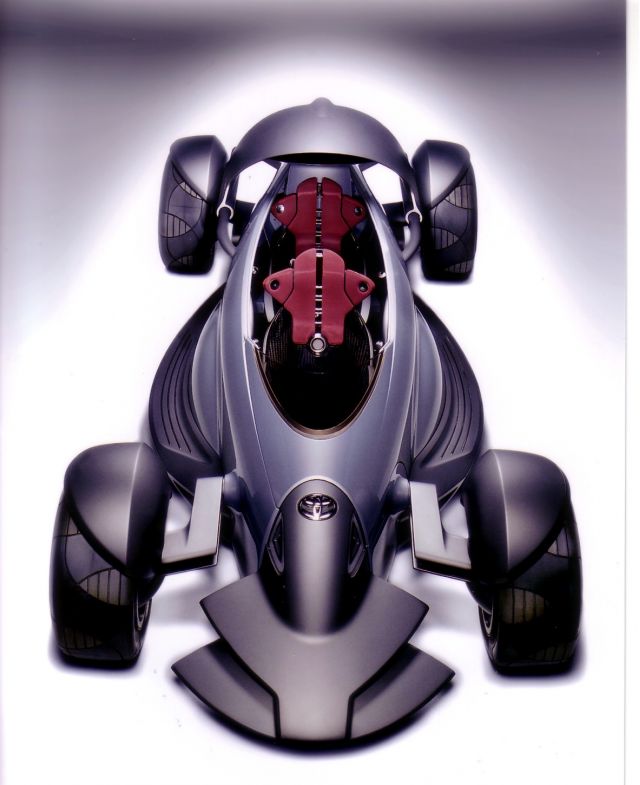 There will be plenty of two-seaters in Geneva, but none as way out as the Motor Triathlon Race Car (MTRC) concept on the Toyota stand. A tandem-seat racer powered by four electric motors in the wheels, the MTRC isn’t exactly serious as a car. It is, however, serious in the context of one of Japan’s other major export enterprises — video games. The car is featured in ‘Gran Turismo 4’ the next generation of Sony Computer Entertainment’s massively popular game. The MTRC is the work of Toyota’s European design studio, ED2. 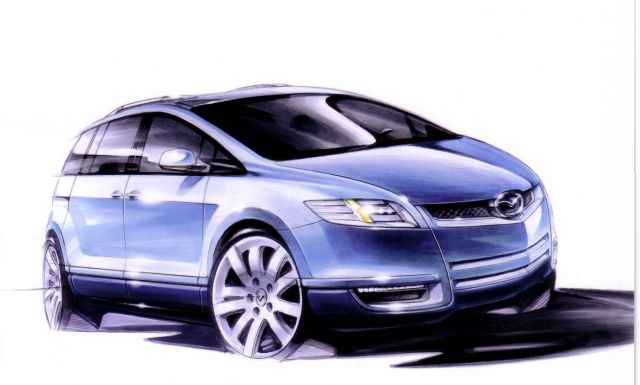 Mazda has issued a sketch of a concept it will unveil on press day that foreshadows how it sees the Space Wagon developing. The MX-Flexa , a six-seat MPV, “showcases key elements that could further improve Mazda’s position in the growing space-wagon segment.” According to the company, the design team “put particular focus on adding new levels of emotional appeal.” 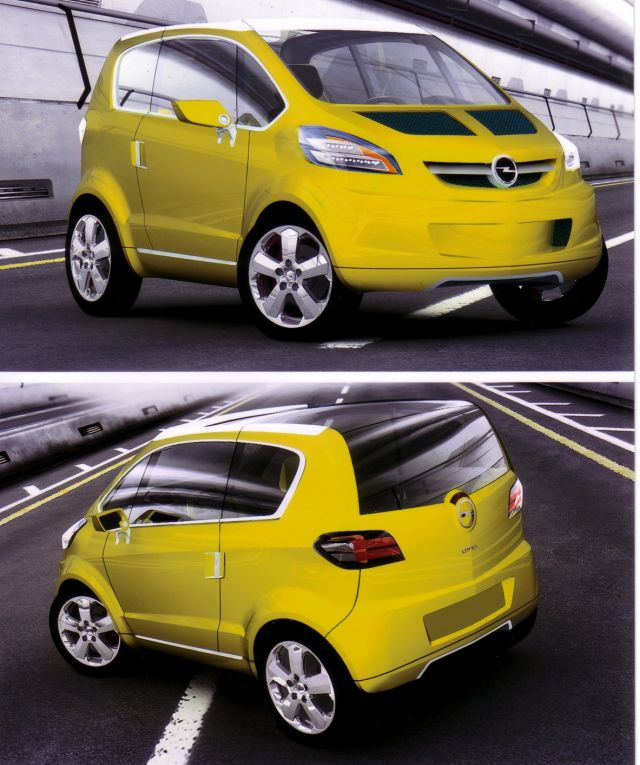 GM Europe showed a city-car concept, the Maxx, at Geneva some years ago. This year there’s another double-x, the Trixx, which approaches the same needs. It’s designed, like the Renault Wind, for three adults, but the Trixx adds space for a single child as well. Utilizing GM Europe’s industry-leading expertise in making MPV seats that disappear, the Trixx can also be used by the driver alone as a load-carrier. The unusual thing about the disappearing seat format of the Trixx is that the rear seat doesn’t fold, it inflates, thanks to an onboard air-compressor. There are three electrically operated sliding doors, one on the driver’s side and two for passengers, and long-legged passengers can fold the front passenger seat and stretch out in the back. 119 inches long, 65 inches wide and 61 inches high, the Trixx is powered by a 1.3-liter diesel engine. 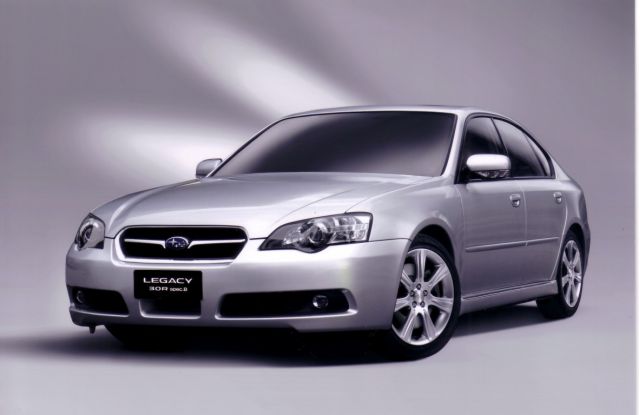 There are plenty of new production cars too, from the MINI Convertible to an updated version of the Mercedes C-Class and a new BMW 5-Series wagon. Subaru has a surprise addition to the Legacy range, the ‘Spec B’ version of the Legacy 3.0R. Subaru say the car to be shown in Geneva is a prototype, but it’s a good bet that it will go into production to take Subaru’s performance reputation, gained with the hot versions of the Impreza, up the range. Performance additions to the standard Legacy 3.0R specification include a torque-sensing limited-slip rear differential, bigger 18-inch wheels and tires, Bilstein rally suspension, and a six-speed manual box in place of the standard automatic. The 245 hp of the standard car’s flat-six engine is considered sufficient. 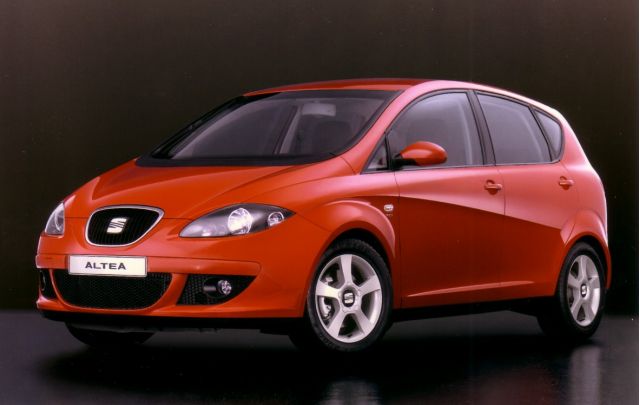 Spain’s Seat, a part of the VW group, showed the Altea concept for what it calls a “Multi-Sports Vehicle” at the Frankfurt show last September. In early March it will feature on the company’s Geneva stand as a production model that will go on sale later in the year. Seat points out that the Altea is the first vehicle to be completely developed within the Audi Brand Group since it was established in 2002. Power will come from 1.6- and 2.0-liter petrol engines and 1.9- and 2.0-liter diesels. Top-of-the-range models will have six-speed automatic or DSG gearboxes. Seat is tasked to bring some Mediterranean flair to VW’s Audi Group; the Altea is Design Director Walter de’Silva’s first step along the way. 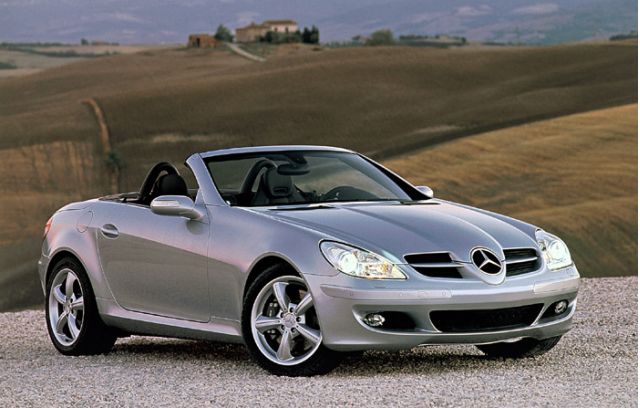 The second generation of the Mercedes SLK will be eagerly inspected in Geneva, a town with more than its fair share of wealthy sports car enthusiasts. Shaped to reflect Formula 1 styling, the SLK has already been trailed in Europe by the release of photographs and specifications. According to Mercedes, this has brought in 7000 orders already, before the car has been seen in the metal. Technical improvements include improved suspension and six-speed manual and seven-speed automatic gearboxes, and there are three engine options, from a supercharged four-cylinder to an AMG-tuned V-8 that produces 360 hp. The folding hard top that started a trend in Europe has been improved for the new version, but for those who like to drive with the top down, Mercedes has come up with the ultimate cold-weather friend. It’s called the Airscarf, and it takes the form of a ducting system that feeds warm air to the driver and passenger’s necks to keep them warm and cozy.
Tags:
Audi auto Engine Geneva Motor Show Good March Wheels 2004 Auto Shows
2020
The Car Connection
See the winners »
2020
The Car Connection
See The Winner and Nominees »