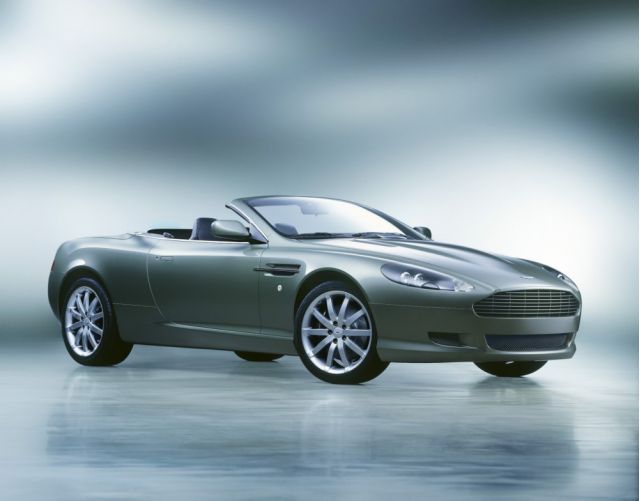 Aston Martin will show a convertible version of its DB9 at the Detroit auto show in January. It will be called the DB9 Volante and will be built alongside the DB9 Coupe, which was launched at the Frankfurt Motor Show in September. Both models will be hand-built at Aston Martin Gaydon with the Coupe being delivered to customers in Spring 2004 and the Volante in Autumn 2004. It is expected that more than 2000 DB9 models will be sold next year, of which around 50 percent will be the Volante model. Pricing will be announced at a later date.

Dr Ulrich Bez, CEO of Aston Martin said: “From the outset of the DB9 programme we knew we wanted a convertible model. So the Volante has been designed, engineered and built from the outset as a convertible — it’s not a Coupe with just the top taken off.
“The DB9 Volante has all of the traditional styling cues you’d expect from a convertible Aston Martin. It’s very elegant and perfectly proportioned from every angle, while subtle embellishments help create a powerful-looking sports car.”

The top retracts within just 17 seconds. When down, it folds behind a hard tonneau cover, which then electrically closes flush with the DB9’s bodywork. In the event of an accident, sensors in the DB9 Volante detect the risk of a potential rollover and two roll hoops are deployed from the rear seat headrests, while front seat passengers are protected by the windscreen A-pillars which can withstand twice the total weight of the car. —Ian Norris

The Chrysler Group has reshuffled the management of its marketing operations by announcing the retirement of two senior managers and the reassigment of half a dozen more as the group prepares for the critical launches of nine new vehicles in 2004. The launch challenge has been amplified by criticism the Chrysler Group has drawn for the lackluster introduction of the Pacifica and the signing of a $14 million contract with singer Celine Dion from which the company has gotten little mileage and more critical comment. Many analysts now believe the Chrysler Group faces a huge competitive challenge as tries to rebuild its retail market share despite the new product introductions, which will include new models like the Chrysler 300C, the PT Cruiser convertible, and next fall, the replacement for the Jeep Grand Cherokee.

Toyota: Scion a Fountain of Youth 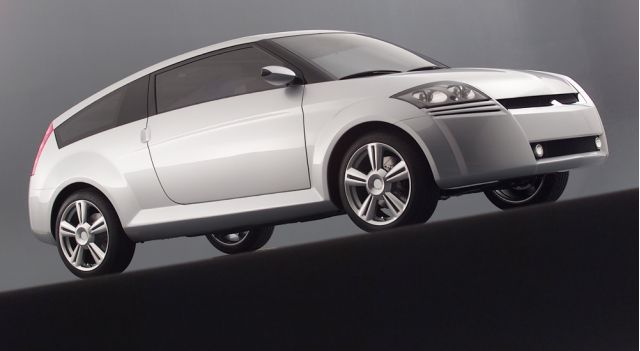 Now that the Scion xA and xB have been on sale in California for nearly six months, in a presentation to the press, Scion vice president Jim Farley reports with rough figures that the xA and xB are actually reaching their target demographic. Scion, Toyota's recently launched youth brand, is Toyota's attempt to reach out to younger buyers. If successful, the brand intends to boost volume to 100,000 units in 2005 with the addition of a third coupe model, called the tC.

Cars, trucks, sport-utility vehicles, and minivans are more affordable but consumers are taking more time to pay off their car loans, according to two new surveys from Comerica Bank in Detroit and Edmunds.com. On balance the reports point to stronger sales, analysts said. David Littman, Comerica Bank vice president and chief economist, reported the purchase of an average-priced new vehicle during the third quarter of 2003 took 19.9 weeks of median family income to pay off, before taxes, according to the Auto Affordability Index compiled by the Detroit-based bank. The third-quarter reading is 0.1 week more affordable than second quarter's 20.0 weeks, Littman said.

Chevrolet’s double whammy is poised to roll — and Santa Claus may well arrive at Chevy dealers pulled by two new junior-edition cars, the Daewoo-built Aveo and the Lordstown, Ohio-built Cobalt, constituting a major effort to challenge domination of the entry-level new-car market by Honda Civic, Toyota Corolla, Hyundai Accent, and Kia Rio. Though the Aveo rolls into dealerships before Christmas, the Cobalt by far will draw the most attention at its Los Angeles show unveiling December 29. 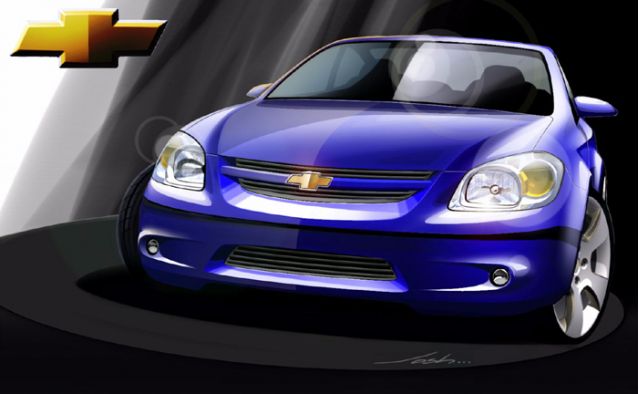 The Cobalt replaces the Cavalier, which has been around for ten years, filling the “price leader” niche for GM’s domestic-built cars with unspectacular designs year in and year out. In the January-October period of this year, even though insiders knew the updated Cobalt was coming, 216,534 Cavaliers were sold — a gain of 4.5 percent from 2002 and second only to Chevy Impala’s 231,526. The Cavalier is Chevy’s staunch trooper for fleets, both regional and corporate. It also commands sales to Chevy loyalists looking for cheap wheels, made even cheaper by GM’s juicy rebates since 9/11 of up to $3500.

The Cobalt, on the other hand, foretells a big-time foray by GM to challenge Corolla and Civic. Its origin is the global Delta platform that also spawns the Saturn ION. To propel Cobalt, GM invested $500 million into overhauling the Lordstown plant in eastern Ohio. One of GM’s most respected vehicle line executives, Lori Queen, was plucked from the successful light-truck team to head the Cobalt’s development. “We’re deadly serious about (Cobalt) being a credible product,” Queen says in Forbes Magazine (December 8). That means GM wants to make decent bucks on the new Cobalt and wow the tough Gen Y crowd that tilts towards those other “C” cars from Japan.

Bolstering its entry-level niche will be the subcompact Aveo, a niche in the past rather haphazardly filled by the Suzuki-built Geo Metro and Toyota-produced Prizm. Daewoo’s Lanos will be badged as Chevy Aveo in two body styles — a four-door notchback and a five-door hatchback — with the latter designed by no less than Italy’s Giorgetto Giugiaro. Aveo’s challengers, says Chevy general manager Brent Dewar, will include the smallest new cars out there — Accent, Rio, Toyota Echo and Scion xA, as well as kingpins Civic and Corolla.

Not a bad crowd, but Chevy is looking for a youth draw that will range between 70 and 75 percent of first-time new-car buyers. As Forbes notes, “If the Cobalt can deliver a Cavalier volume with a Cavalier discount, it will be a winner.” Amen for Aveo, the second half of the Chevy 1-2 punch. —Mac Gordon

Visteon Corporation today announced that George E. Strickler has withdrawn for personal reasons unrelated to the company from the appointment of executive vice president and chief financial officer, which was to be effective December 1, 2003. Daniel R. Coulson has agreed to continue as chief financial officer on an interim basis.

First drive: 2022 Nissan Pathfinder SUV carves a straightforward path
Commenting is closed for this article
Contribute
Send us a tip Comment Contact the editor
Follow Us