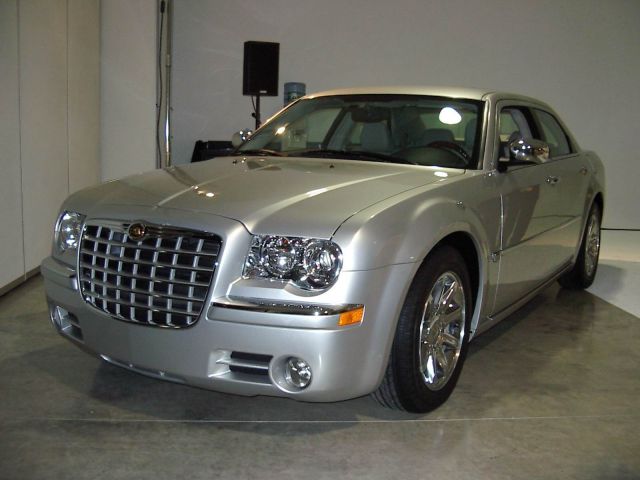 The production versions of the Chrysler 300C sedan and Dodge Magnum sports tourer concepts were quietly introduced in New York October 7, with marketing execs proclaiming this the most significant model rollout for Chrysler since the LH platform buried the K-car in 1992.

Very little has changed since the concepts were introduced. The 300C was shod with 18-inch tires, as opposed to the 20-inchers sported by the concept, and both cars wore a little less chrome trim.

Both cars will hit dealer showrooms next spring and are based on the new LX rear-wheel drive platform. Engines will range from a 200-hp, 2.7-liter V-6 through a refined version of the 5.7-liter Hemi V-8 that produces 340 hp at 5200 rpm and 365 ft/lbs of torque at 4000 rpm, which should provide zero-to-sixty times of 6.5 seconds and a top speed in excess of 150 mph.

The transmission is a five-speed electronic AutoStick with a gated shifter, and ABS, all-speed traction control, and DC’s Electronic Stability Program will be standard. A full-time AWD system will be an option on the Magnum. 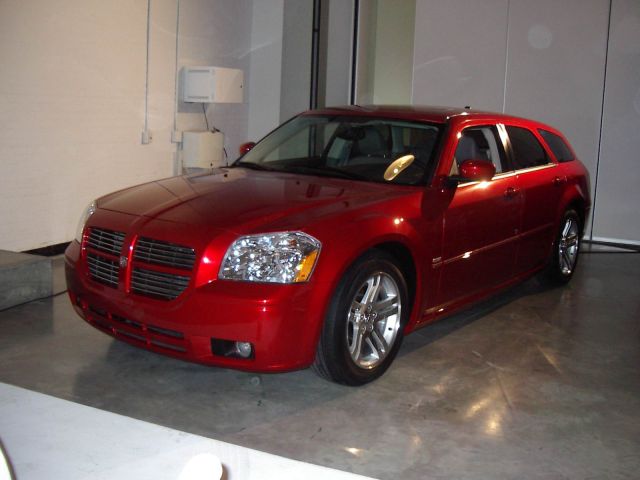 Interiors of both cars feature watch-face instrumentation, adjustable pedals, four-spoke tilt-and-telescoping steering wheels, and, in the case of the 300C, elegant faux-tortoiseshell trim on the steering wheel, shift knob, and door pull handles.

Packaging and pricing details still need to be worked out with the dealer network, execs said, although they expect the 300C to compete at the low end with Toyota’s Avalon, up through the Acura model line. —Paul W. Cockerham

Fall is Cutback Season in Detroit by Joseph Szczesny (10/6/2003)
Dank jobs outlook mirrors the weather; when will Big Three spring back?

Italian industrial group Fiat named former Volkswagen manager Herbert Demel as the new CEO of its car unit on Wednesday, ending weeks of speculation on who would lead Fiat Auto through its worst-ever crisis.
Demel will start at Fiat Auto on Nov. 15, taking the reins from Giancarlo Boschetti who was due to retire next year, when he turns 65. Boschetti has been Fiat Auto CEO since January 2002. Demel, 49, is currently president and CEO of Magna Steyr, in Graz, Austria, the European arm of auto parts and assembler Magna International. Fiat was courting former Ford Europe head Martin Leach, who resigned from Ford in August, but gave up hope that Ford would release Leach from a two-year non-compete clause in his contract. Giuseppe Morchio, Fiat Group CEO since the end of February, has been searching for an experienced car-company manager to replace Boschetti, who will retire in November 2004. Fiat is expected to make Demel’s hiring official within the week. Demel was president of Audi in the mid 1990s. He left VW AG for Magna in 2002 after Bernd Pischetsrieder was named chairman. Morchio, who took over from Paolo Fresco earlier this year, says the company should post a breakeven operating result by 2005. Hanging over Fiat’s recovery, though, is the belief that the Agnelli Family, Fiat’s largest shareholder, may want to spin off the auto business to protect the value of the rest of Fiat. General Motors owns 20 percent of Fiat Auto, and Fiat has an option it may try to exercise, forcing GM to buy the rest of Fiat Auto. —Jim Burt

Auto insurance rates are higher because of SUV growth — that’s the conclusion of a study by Conning Research & Consulting of New York, which traced a prime reason for increased vehicle insurance rates in general to the higher damage risks when SUVs, pickups, and minivans strike smaller vehicles. The findings, published this week in the Wall Street Journal’s Dow Jones newswire, gave drivers of any size of cars another reason to play “pin the donkey” on a Ford Expedition or Nissan Pathfinder Armada.

Two insurers, Allstate and Progressive, set premiums on the basis of types of vehicles driven, which could bring SUV owners a slight rate saving. But two others in the study, giant State Farm and Zurich, take a broader approach to rating liability, which tends to boost rates. Auto industry representatives defend the safety record of SUVs against the latest assault. Jason Vines, president of SUV Owners of America, insisted that, “if nothing else, SUVs are subsidizing cars because they have lower collision and injury rates.” This view is shared by Gloria Bergquist, spokeswoman for the Alliance of Auto Manufacturers, who says the safety record of SUVs “surpasses that of cars.”

Conning, a unit of Swiss Reinsurance, estimates that 80-85 million drivers are being charged higher one-size-fits-all liability rates. It adds that only about 30 percent of the personal-insurance market has liability pricing that takes into account vehicle type. However, State Farm is thinking of switching its rate determination system to a vehicle-based type, say spokesman Richard Luedke, because “frequency of accidents involving SUVs is lower than that for cars even though damage might be greater.”

Of course, the type of car driven is only one determinant of premiums. Accident records, age, mileage driven, and even credit scores are also taken into account, says Conning. —Mac Gordon

XM Satellite Radio, America’s #1 satellite radio service, and Delphi Product & Service Solutions, part of Delphi Corporation, a pioneer of in-vehicle entertainment and electronics, today announced that their latest product — the Delphi XM “Roady” — is now available at retail stores nationwide. The Roady is the first complete satellite radio solution for the vehicle for under $120. With the Roady on board, drivers can tune into XM Satellite Radio’s award-winning 100 digital radio channels of music, news, sports, talk, and entertainment from coast to coast. Subscribers pay just $9.99 a month for the XM service. The Roady ($119.99 MSRP) has several unique features, including the new ultra-thin XM Micro Antenna, the smallest satellite-radio antenna on the market. The compact, customizable Roady unit comes with three interchangeable faceplates and seven different options for screen-display colors.