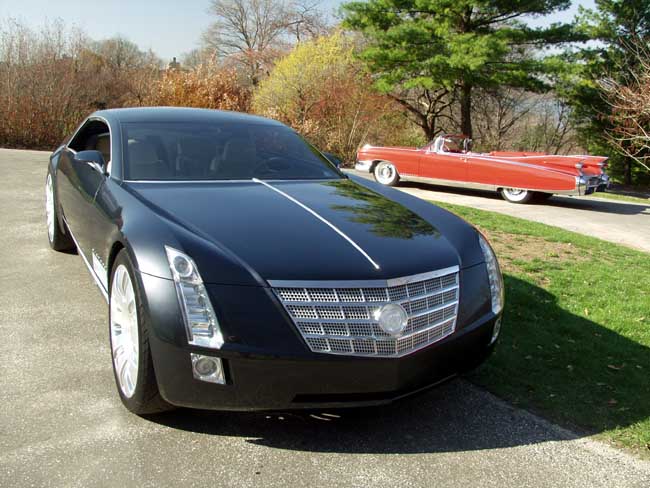 It creaks and groans…and roars.

Since its introduction at Detroit’s North American International Auto Show, last January, Cadillac’s sweet Sixteen ultra-luxury concept sedan has been the star of the auto show circuit. But the incredible ultra-luxury sedan is more than just a static display, as TCC discovered when an invitation recently arrived, offering us the chance to take the massive machine for a short spin through New York.

As you might expect, we jumped at the opportunity, fighting Monday morning traffic into the city in order to reach our designated rendezvous. Lavish and sprawling Wave Hill is one of those enormous old estates that once dotted the Hudson River shoreline, serving for a while as a home for not-so-rough-riding Teddy Roosevelt. 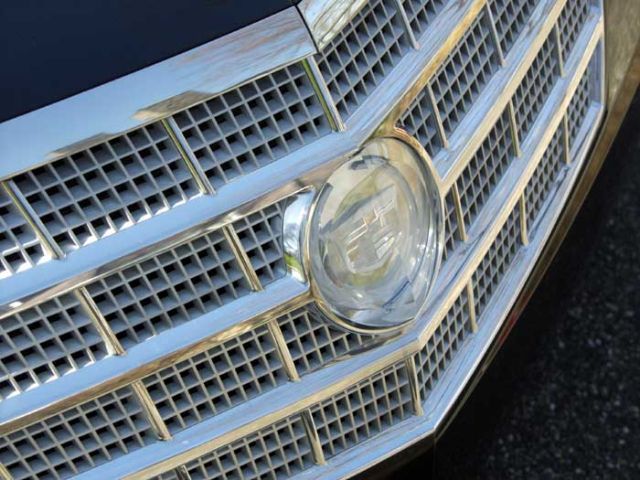 Set in the southern tip of the Bronx, you’d have a hard time imagining you were in the city. And considering the blinding sunlight, it was equally difficult to imagine that it had snowed barely a week before. But there was no denying that the 20-foot sedan sitting in front of the ex-President’s old home was the same car we’d first set eyes on at the Detroit Opera House last Winter.

There are plenty of concept vehicles that look great on a stand but lose much of their luster when they’re actually taken off their pedestals and put on the road. Not Sixteen. If anything, the car seems even more well-balanced, and distinguished. It seemed absolutely at home in front of the sprawling colonial manse.

After spending a bit of time on photography, we grabbed the digital key fob and jumped behind the wheel, accompanied by Brian Smith, the 30-year-old designer who was given the plum assignment of penning the ultimate Cadillac.

“You don’t get many opportunities like this in your career,” he conceded, with a mix of pride and resignation. Turning 31 in a few weeks, he can only hope a project anywhere near as grand will ever come along again. 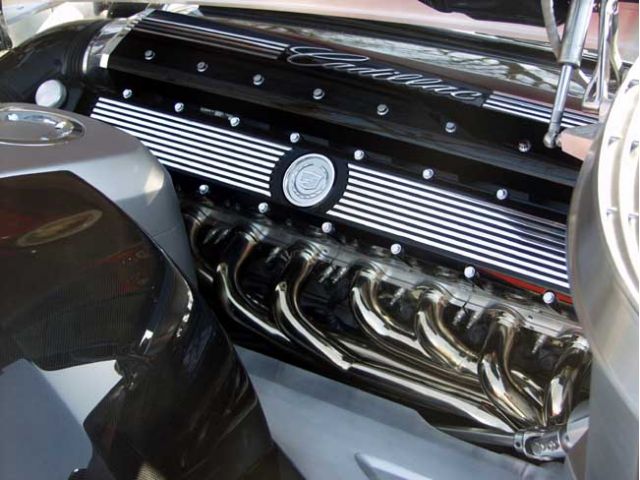 The idea for a quarter-million dollar Cadillac has been kicking around for some time, and only became more urgent as Caddy’s European rivals announced plans of their own for the ultra-luxury market. The project got the green light in October 2001, and was quickly adopted by General Motors’ then-new “car czar,” Bob Lutz. Indeed, it was the former Chrysler President who decided to go for a V-16, rather than the V-12 powertrain originally under consideration.

That required the Advanced Design team to not only come up with a body, but an entirely new engine, as well. But thanks to recent development in math-based design and engineering, they were able to pull the project into shape in barely 15 months. Actually, they just met their deadline. Some of the final hand assembly tasks were completed mere hours before Sixteen’s formal debut at the Detroit Opera House. And in the three months since, quite a bit more work has been quietly underway to get the big sedan ready to roll.

To bring Sixteen to life, you simply press the “Start” button on the dashboard. You’re immediately rewarded with a whooshing noise, almost like firing up a jet, then a deep rumble pours out from under the hood as all 16 cylinders kick into action.

With an awe-inspiring 13.6 liters of displacement, Sixteen is rated for 1000 horsepower and roughly the same amount of torque. On paper, notes Smith, that should launch the sedan from 0-60 in barely 3.6 seconds.

It’s still pretty early in the development phase to say if the engine can meet its target, and we weren’t about to test the limits on this particular New York morning. Something about having responsibility for a one-of-a-kind, million-dollar prototype tends to promote a sense of caution. But even while driving like we had an egg under our accelerator foot, the car shot out of the box as if it were an Olympic sprinter.

That immediately elicited a serious of creaks, groans and crackles from various corners. It was hard to tell whether the driveline was complaining, or the suspension. With barely two inches of travel, the prototype wasn’t exactly designed for maneuvering around NY City potholes.

The fact that it could maneuver at all was impressive enough. And to help handle the narrow streets and tight corners around Wave Hill, the development team had wisely installed a four-wheel-steering system. Even so, they admitted the Sixteen prototype’s turning circle was a lumbering 42 feet. 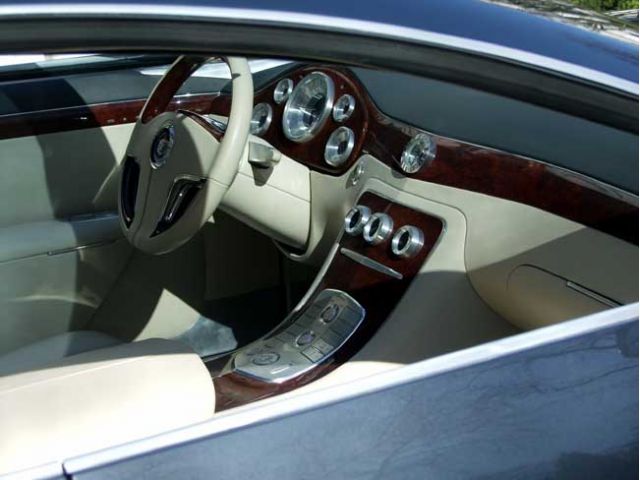 The instrument panel is as much a work of art as the car’s exterior, with elegant aluminum bezels surrounding cut crystal lenses magnifying digital gauges.

The high-tech touches are consciously subtle. Smith and his fellow designers didn’t want to turn Sixteen into a clone of DaimlerChrysler’s Maybach, which seemingly incorporates every possible bit of gadgetry, from multiple video screens to an electroluminescent sunroof that can turn opaque – or light up – at the touch of  a button.

Opulent, unabashedly, but the emphasis with Sixteen is on elegance, and even in its rough form, you can’t escape a feeling of grandeur as you tool around, staring across the car’s impossibly long hood.

The sedan is part of a four-phase process aimed at reviving a brand that once could rightly claim itself “the standard of the world.” Smith and his colleagues certainly had plenty to work with, but they wisely chose not to spend all their time looking at Cadillac past. “We wanted the car to drip heritage, not reek retro,” he says with a smile. That’s one reason he chose to use vertical lighting but to stay away from fins.

Since its Detroit debut, Sixteen has generated an overwhelmingly positive response. Lutz’s desk is covered with letters from potential buyers – as well as a few unsolicited down-payments.

For the moment, though, GM is still unsure what to do next. Coming up with an effective business case isn’t easy. Nor is it clear that the time is right to launch a vehicle like this one, which would have to come to market at nearly four times the price of today’s most expensive Cadillac.

But it’s pretty obvious that Caddy’s general manager, Mark LaNeve, wouldn’t mind having the car in his line-up. “It’s in our history, those one-off, highly-stylized, almost unattainable vehicles.”

With the brand showing unexpected signs of life, senior management is starting to listen, though the current economic climate is making it difficult to commit the necessary capital.

So while we can hope to one day test drive a production version of this over-the-top sedan, for now we’re happy to accept a few minutes behind the wheel of a concept few others will ever get to see off its pedestal.