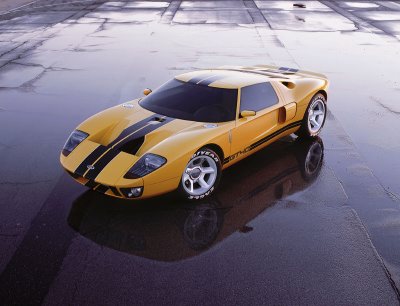 FORD: GT40 DUE NEXT JUNE
Ford execs couldn't have baited a more alluring hook than at Detroit's auto show in January when they unveiled a long-awaited successor to the fabled Le Mans-inspired, two-seater sports car of the '60s. Now they have reason to expect a homerun. People "have been sending in checks and offering their Ferraris," for a chance to own one of the few GT40s to be built, said product development vice president Chris Theodore. He handpicked the small, specialty "Dream Team" that developed the new production GT40 announced this week – a dream team that includes Carroll Shelby and SVT’s John Coletti. "The problem is, the whole production is sold out to Ford employees," quipped company Veep Richard Parry-Jones, who heads product development worldwide. He joked that Ford could set up an employee lottery system since it will only build "hundreds, not thousands" of the coveted sports cars. And Ford will use the GT40 to kick off its 100th Anniversary in June 2003. He hinted, "When the sun rises the day of the Centennial, one will be available for the first time."—Martha Hindes
Ford Gives GT40 Green Light by Jim Burt (2/25/2002) 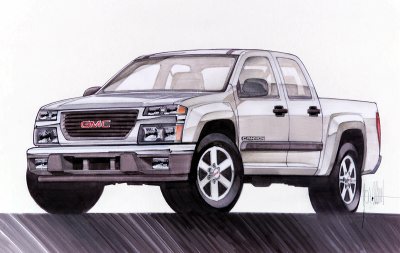 GMC DUBS NEW COMPACT TRUCK CANYON
GMC says its version of the upcoming Chevrolet Colorado platform will be called the GMC Canyon. The Canyon, shown in this official illustration in four-door form, will enter production in Shreveport, La., near the end of 2003 as a 2004 model. The Canyon replaces the outgoing Sonoma compact, which sticks around concurrently with the Canyon for a year until it closes out a career in late 2004.
Spy Shots: 2003 Chevy Colorado by Brenda Priddy (4/29/2002) 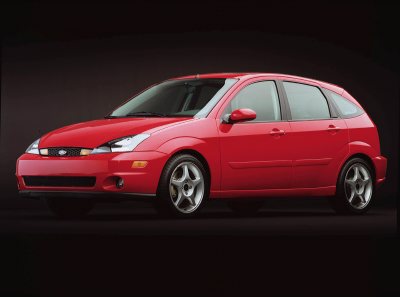 SVT ADDS FIVE-DOOR FOCUS
Ford’s Special Vehicle Team (SVT) microbrand will add a five-door version of the Focus to its range. The fastback Focus joins its three-door sibling in the performance division’s lineup, and shares its 2.0-liter, 170-hp four-cylinder engine and six-speed manual gearbox. Styling cues are also shared, and both Foci have high-intensity discharge lamps made optional for 2003. Stay tuned for more on the five-door here at TCC.
2002 Ford SVT Focus by Marty Padgett (2/27/2002)

NOR’EASTERS SPEND MORE OWNING CARS
Runzheimer International says owners in the northeast and mid-Atlantic states spend more than the rest of us on owning and upkeep for our cars. The Wisconsin-based consultants found in a recent study that New Englanders pay about 54 cents a mile to run their cars, and in the mid-Atlantic (New York through Virginia) it’s nearly as high, at 53 cents. The heartland states from Iowa to the Dakotas spend only about 51 cents per mile; the national average is about 52 cents.

SPECIAL ‘VETTE HEADED TO eBAY
There are few American cars more desired than a Chevrolet Corvette, and just imagine one of their top models signed by more than 500 celebrities, dignitaries and athletes. A special edition Signature Car- autographed during the 2002 Olympic Winter Games will be auctioned online on eBay Motors by the Make-A-Wish Foundation of America. This one-of-a-kind collectible car will help make dreams a reality for children with life-threatening illnesses. Auction bidding will begin on the eBay Motors Web site July 29 and continue through Aug. 8. To participate in the online auction, visit http://cgi3.ebay.com/ws/eBayISAPI.dll?ViewUserPage&userid=make-a-wishfoundation after 5 p.m. PST July 29. The Signature Car is a 2002 Corvette Z06 with 405 horsepower-the fastest Corvette to date. Manufacturer's suggested retail price is $50,350. –Bob Storck 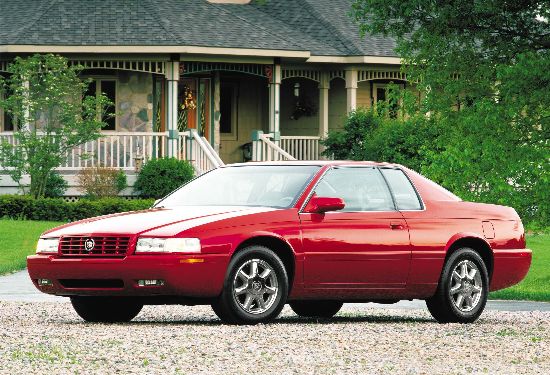 LAST ELDO GOES TO MUSEUM
The last Cadillac Eldorado has rolled off the assembly line and will become part of the collection of the Cadillac Museum in Warren, Mich. General Motors has sold two-door Cadillac Eldorados since 1958 but the old name no longer fits into Cadillac's new alphanumeric naming strategy GM has adopted for its luxury division. "I don't want to say never," said Mark LaNeve, Cadillac general manager, but he adds it is unlikely the name will be revived at any time in the foreseeable future. GM built 1500 2002 Eldorados, which could be ordered in either red or white; they came with a special plaque. The final Eldorado was donated to the Cadillac Museum in the name of Don Massey, a long-time Cadillac dealer from Plymouth, Mich., who sold more than 200,000 Cadillacs before he sold his multiple Cadillac franchises to Sonic this past January.
Yoostabees: Eldo’s Gold by Mike Davis (4/2/2001)

FORD SETTLES CALIF. FIRESTONE SUIT
Ford and Firestone have settled a tire lawsuit nearly ready to go to court, Reuters reports. The families of two accident victims killed in a 2000 rollover agreed to an unspecified settlement with the companies, the news service reports. A series of Firestone lawsuits are proceeding through court; efforts to gain class-action status for owners claiming lost vehicle value over the recall are proceeding through appellate courts.

CHRYSLER TO CONNECT WITH BLUETOOTH, SAAB TO FOLLOW
The breakthrough Bluetooth wireless communication system will see its first automotive application this fall with the debut of Chrysler’s new uConnect system. Inexplicably named after a Viking king, Bluetooth uses short-range digital radio signals to link any range of electronic devices. In the case of uConnect, that will include a customer’s own handheld phone and the car’s hands-free speaker kit. Debuting in the form of a dealer-installed option, uConnect will store up to 32 “voice tags,” or phone numbers called up by verbal command. With the mid-2003 launch of the new Pacifica wagon, Chrysler will offer an expanded, factory-installed version of uConnect. Saab, meanwhile, plans to take things a step further by using Bluetooth to link a hands-free phone built into the newly updated 9-3 model with a customer’s PDA. Mobile Internet access is one feature this will permit. The technology will debut in Europe with the launch of the 9-3 this fall, but it won’t reach the States until the 2004 model-year.

HALLE BERRY GETS SPECIAL T-BIRD
Fresh from crying her way through the Oscars, Halle Berry will be driving something cool in her next role in the upcoming Bond move Die Another Day. Berry will pilot a coral-colored Thunderbird as Jinx, while Pierce Brosnan’s Bond will drive an Aston Vanquish. The special James Bond Edition Thunderbird will also be made available through Ford retailers in the spring of 2003; the movie opens on Nov. 22.
Ford Turns a Profit Again by Joseph Szczesny (7/17/2002)