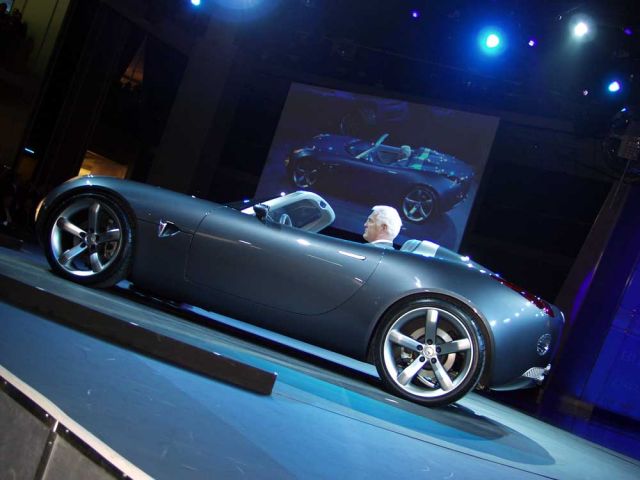 COULD SOLSTICE SEE LIGHT OF DAY?
Automotive News quotes GM execs who say the company is trying to build a case for a small rear-drive platform that could host a production version of the Pontiac Solstice and an Opel variant. The industry weekly says Hans Demant, an Opel board member, let on GM’s interest in building the two-seat roadster, which outshone the Chevrolet Bel Air concept at last January’s Detroit auto show. Demant estimates the Solstice and other rear-drivers from the same platform could total some 250,000 units each year.

FORD TO WORK WITH ARIZ.
As complaints gather that Ford’s Crown Vic is prone to fires in high-speed crashes, the company has agreed to work with Arizona’s attorney general to get to the bottom of the issue. Ford said on Tuesday it would cooperate with Ariz. Attorney general Janet Napolitano to investigate that state’s fleet of vehicles and incidents in which three police officers died in the past decade, Reuters reports. A task force of engineers will test the vehicles and issue a report in 90 days, the news service says.
Firestorm Grows About Crown Vic by Joseph Szczesny (6/24/2002) 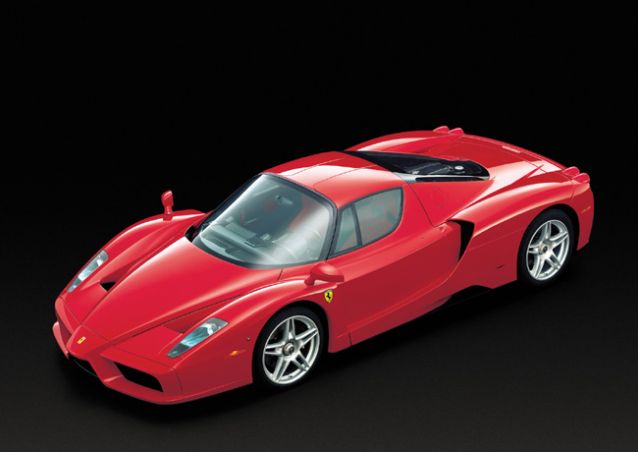 FERRARI MAKES ITS LATEST “ENZO”
What once was called the Ferrari FX is now headed for production as the “Enzo,” after the company’s legendary founder. The Enzo, shown as a concept recently in Tokyo, is now confirmed for very limited production — just 349 units — and for an official debut at September’s Paris auto show. Ferrari promises F1 performance for the road, with a 6.0-liter V-12 pumping out more than 650 hp and reaching a top speed in excess of 217 mph.
Fiat: GM’s “Italian Patient?” by Jim Burt (6/17/2002) 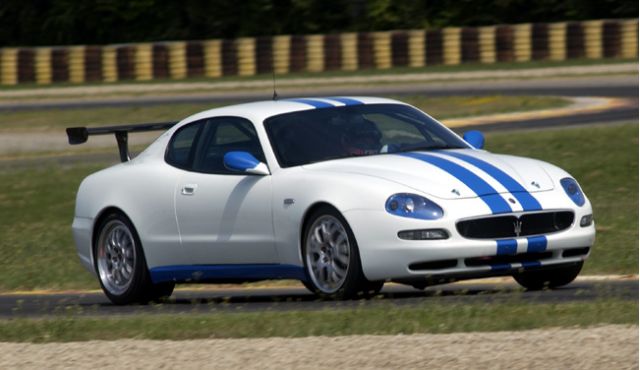 MASERATI BREEDING RACE COUPE
Testing has begun for a racing version of the Maserati Coupe. The “Trofeo Maserati” is stuffed with plenty of racing necessities, says Maserati, including specific spring and damper ratings, racing bucket seats, full safety roll cage, bigger wheels and tires and a specially modified engine management unit. Maserati plans a return to racing in the near future, although it’s not certain if the brand will return to Formula One, where it has won one championship.
2002 Maserati Coupe by TCC Team (3/25/2002)

BLACKWOOD DEADWOOD THIS SUMMER
Lincoln’s star-crossed Blackwood luxury four-door truck will cease production later this summer, brand execs told Automotive News. The $53,000 vehicle, a stylish but highly impractical bit of fancy with a shallow carpeted truck bed and rear-wheel drive, had been expected to sell 10,000 copies a year but might finish at one-tenth of that volume. A few 2003 models will be built, says the weekly, before it rides into the history books after one of the shortest production runs in modern times.

FORD TO CREATE MULTIPLE PERSONALITIES FOR F-SERIES
Ford Motor Co. will create five distinct new personalities for the best-selling F-Series pickup, according to North American product development director Chris Theodore. These will range from a traditional work truck to a very lavish luxury package. In the middle will be a model appealing to the Harley-Davidson Baby Boomers, who want something with a rugged edge but all the amenities. There will be modest exterior trim differences, but the primary focus will be on interior features, insiders report. Appearing on the AutoLine: Detroit TV show, Ford’s product chief said the F-Series strategy reflects the increasing fragmentation of the light truck market, as well as Ford’s efforts to develop more refined interiors .—TCC Team
2002 Ford King Ranch F-150 by Sue Mead (6/17/2002)

FOUR-DOOR TRUCKS FARE POORLY IN ROLLOVER
Chevy’s Avalanche and Ford’s F-150 SuperCrew 4x4 fared about as poorly as most trucks do on the rollover test currently in use by the Feds. In a recent National Highway Traffic Safety Administration test, the trucks each received two stars, the same score achieved by the two-door Ford Explorer and Land Rover Discovery. The current test, which involves a static platform, is to be replaced by a dynamic rollover test according to a legislative mandate, Reuters reports.
2002 Ford King Ranch F-150 by Sue Mead (6/17/2002)

CAMRY GETS TWO STARS ONLY
Toyota’s Camry is leading the car sales charts, but in the feds’ side-impact crash tests it’s fallen behind the Altima and Accord. The National Highway Traffic Safety Administration (NHTSA) has awarded the 2002 Camry just two stars for driver side-impact safety, while the Accord has four and the Altima, three. Reuters reports previous versions of the car received higher crash scores. NHTSA has not yet released frontal crash results for the car.
2002 Toyota Camry SE by Dan Carney (9/3/2001)

FORD RECALLS WINDSTAR, VOLVO S80
The National Highway Traffic Safety Administration (NHTSA) says two Fords are being recalled. The 1995-1996 Windstar minivan could have improperly installed brakes that are prone to corrosion, while those Volvo S80s made between April 1998 and May 1999 are being recalled because their cooling fans can overheat in hotter climates. The Windstar recall involves more than 250,000 vehicles; the Volvo recall, more than 25,000.

RED BULL GOES AFTER YOUNG DRIVERS
Former Indianapolis 500 winner Danny Sullivan has joined forces with Red Bull sports drink in a program to promote young drivers from the United States on the path to Formula One. "We haven't had any American drivers doing F1 since Michael Andretti in 1993,” Sullivan says. “There is a lot of talent out there, but we don't have anywhere for them to step up and prove their stuff.” Americans have a rich history in F1, with Phil Hill and Mario Andretti winning the championship and many drivers winning races. Yet, in the last 20 years, few U.S. drivers have passed up NASCAR and Indy racing for the grueling effort that is not even well-covered by the U.S. media. Sullivan competed in F1 in 1983 when he drove in 15 Grand Prix races for Team Tyrrell. Red Bull, an energy drink company, sponsors 1998 Indianapolis 500 winner Eddie Cheever Jr. and rookie Tomas Scheckter in the Indy Racing League, and it sponsors the Sauber-Petronas and Arrows-Cosworth teams in F1.—Bob Storck

2022 Toyota 86 follows path of Subaru BRZ with more power, new features
Commenting is closed for this article
Contribute
Send us a tip Comment Contact the editor
Follow Us