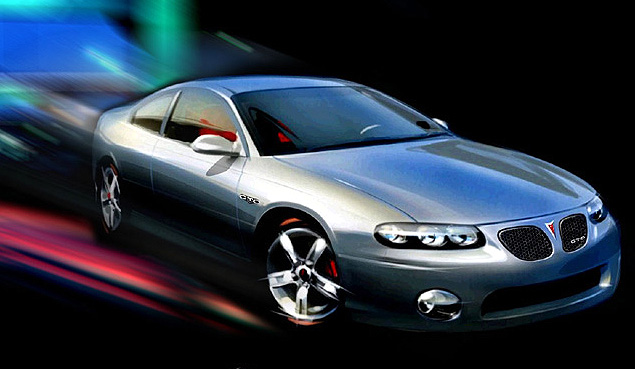 GM CONFIRMS GTO PRODUCTION
GM says the GTO is headed for production in late 2003. The "Great One" will be built in conjunction with Australia's Holden for the 2004 model year, and will showcase a version of the Corvette's LS1 engine with more than 300 hp. Pontiac expects to get some 18,000 GTOs each year fo sale at between $30,000 and $35,000 apiece. The final production piece -- on which this drawing is based -- will be shown at the L.A. auto show in January.


POWER: JUNE SALES STRONG
J.D. Power’s preliminary numbers for June sales look good — if you’re an import brand. Power reported on Wednesday that June sales could hit an annualized rate of 17 million units, up strongly from May’s 15.6 million unit rate and near the June 2001 rate of 17.2 million units. Power says its data indicates European and Japanese brands could register big gains when sales numbers are final for the month — and Detroit may be looking at another down month. Power is keeping its estimates for 2002 total sales at 16.5 million units.
May Sales Slower All Around by Joseph Szczesny (6/10/2002)

FT: DAIMLERCHRYSLER CUTTING DEVELOPMENT MONEY
Chrysler sources tell the Financial Times that development money for new vehicles has been cut to about $500 million each, the paper reported on Wednesday. The company, in the midst of a cost-cutting campaign of $12 billion, is said to be also reducing its number of platforms from 14 to nine by 2008, the daily says. Further cuts in the current five-year spending plan haven’t been ruled out either as the group tries to meet new federal safety and emissions targets on top of its restructuring goals. Chrysler Group CEO Dieter Zetsche has said the group would break even in 2002 and would turn in $2 billion in profit in 2003.

AAA: MORE DRIVERS FOR JULY 4
If you’re driving for the July 4th holiday you certainly won’t be alone, the American Automobile Association suggests. Some 32 million travelers are expected to go by car over the coming holiday weekend, a boost of almost 1.5 percent from 2001. The AAA qualifies the trips as more than 50 miles. While it expects air travel to drop slightly, the AAA says the total number of holiday travelers should rise about a percent. 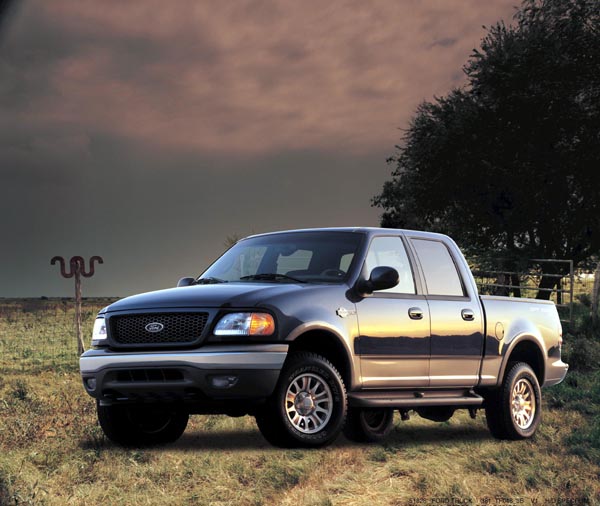 TCC DRIVES: ’02 KING RANCH F-150
This year, like every other, the Blue Oval offers an almost staggering number of choices for the 2002 F-150 shopper, a wider variety of trim levels, bed lengths, interiors and drivetrains than ever before, reports Sue Mead in today’s edition of TheCarConnection.com. “But maybe this year’s most notable and most enjoyable version is the one created by Ford and the saddle makers at Texas’s historic King Ranch, to create the King Ranch SuperCrew, a limousine of a pickup truck if there ever were one.” Mosey on over to TCC to read more about the saddled-up Ford:
2002 Ford King Ranch F-150 by Sue Mead (6/17/2002)

TRW SELLS AERO BIZ; NORTHROP STILL CHASING
TRW is selling its aeronautics division to Goodrich Inc. for $1.5 billion — but that doesn’t affect TRW’s own breakup plan or the interest of several suitors including Northrop Grumman, the company said very late Tuesday. TRW is selling off the division, which makes things like aircraft engines and flight controls, to reduce existing debt. However, the company also is dealing with a $6.7 billion takeover offer from aero contractor Northrop and other unnamed firms. TRW says Northrop is nearly finished examining its books.

COVISINT SALES EXEC RESIGNS
Daron Gifford has left Covisint after only seven months as its top sales executive. Automotive News says a Covisint spokesman had no details about Gifford’s departure. Covisint, now more than two years old, will make a profit later this year, according to CEO Kevin English.

Turnaround? What turnaround? At first blush, things are starting to look good at General Motors. It’s earning money, gained some share last year, and its new products are generating plenty of buzz. Last week’s oft-quoted Harbour Report found GM the most productive of the Big Three, the first time that’s happened since the study began in 1989.

As good as all this sounds, GM insiders admit they’re still facing some serious challenges. The Japanese are a still lot more productive. And the imports continue to gain market share. While General Motors is strong in light trucks, it continues to struggle to find a way to reverse decades of losses on the passenger car side. And the giant automaker has an equally massive problem with so-called legacy costs. It could owe its pension fund $10 billion by year’s end. Add in other retiree programs, and it’s spending thousands more per vehicle than the imports, a distinct competitive disadvantage.

Yes, General Motors has come a long way. But it has even further to go.—TCC Team

Listen to this WJR report

The launch of the 2003 Expedition SUV this summer marks the kickoff of a long-term Ford strategy to retain as many Taurus and Sable owners as possible. The mid-size Taurus ranked as the number-one-selling car from 1992 to 1996, but has suffered from restyling neglect and competitive inroads from the likes of Honda Accord and Toyota Camry, and now is described by Business Week Magazine writer Kathleen Kerwin as a “rental-company staple.”

Even Ford Division’s new president, Stephen G. Lyons, recognizes the Taurus’ sales problems. He doesn’t agree with Ford dealers’ dismissive remark that the Taurus is “dead in the water” and is understandably not willing to give it an obituary date, but he does concede that “it’s hard to sell 400,000 a year of anything. So now we’re dividing it (Taurus segment) into lots of 125,000.”

To retain the millions of Taurus (and Mercury Sable) owners, Ford will position the 2004-model Ford Five Hundred sedan, 2003-model Mercury Marauder sedan and the 2004-model Ford CrossTrainer SUV/wagon as Taurus alternatives. Both the Five Hundred and CrossTrainer will be built at the revamped Chicago Taurus plant as upscale replacements for Taurus/Sable owners not quite ready to go for the full-size, rear-drive Ford Crown Victoria or Mercury Grand Marquis. The Marauder V-8 now reaching Mercury dealers could be offered as a Sable owners’ choice as well.

In its heyday, close to half a million Tauruses were sold annually. But during the late 1990s, former CEO Jacques A. Nasser preferred to invest Ford’s product-development kitty in other products, such as Lincoln, Jaguar and Mazda, leaving Taurus relatively un-updated. That left the door wide open for the Camry and Accord to seize the U.S. sales championship in the passenger-car derby. This year’s sales affirm the Taurus rise-and-fall story: from January-May 2002, Toyota has sold 189,118 Camrys; Honda, 148,486 Accords; and Ford, 133,892 Tauruses.— Mac Gordon

Visteon Corp., the world’s second largest automotive supplier, broke ground Wednesday at the site of its new headquarters in suburban Detroit’s Van Buren Township. The new office complex will comprise between 800,000 and one million square feet and house 4000 employees when it is completed in mid-2004.

Visteon currently uses 15 different buildings in the Detroit area. The new campus, which will include a lake and nature trails, will cost less to operate than those facilities, says Visteon vice president and COO Mike Johnston. The complex, which the supplier calls Visteon Village, will have separate buildings to ensure secure work on customers’ future products, Johnston says.

A five-story central building will house meeting rooms, offices and services such as banks, coffee shops, a post office and restaurants. The adjacent buildings will contain more offices and development labs. None of those buildings will be more than four stories tall, contributing to what the company hopes will be a small-town feel.

“Visteon Village will support collaboration and teamwork,” Johnston says. “Many of the people who will be working here don’t even get to see their colleagues from different locations now.”

In a move focused on delivering enhanced systems, components, and services to its global customers, Dana Corporation (NYSE: DCN) today announced the realignment of its Automotive Systems Group -- the largest of the company's four strategic business units.