WILL FORD NAME A CAR KAISER?
GM has its product czar, Bob Lutz. And now, insiders report, Ford may be close to naming its own car Kaiser. If it happens, Wolfgang Reitzle, now head of the automaker’s Premier Automotive Group, would be given extraordinary powers to reshape Ford products—and its troubled product development program. “We desperately need someone in that position,” said a well-placed source, noting that Ford’s turnaround plan cannot count on a serious influx of new product for at least several years. Like Lutz, Reitzle has a string of successes to his credit, notably during his tenure as the number-two executive overseeing product at BMW. One potential snag: some Ford insiders worry that the aloof German may not be able to motivate the troops the way the personable Lutz has since his arrival at GM last August. Several insiders suggest the issue may be forced by the possibility that Reitzle would otherwise leave for another automaker; Mercedes-Benz surfaces in a number of rumors circulating inside Ford. If the appointment occurs, a likely timeframe would be May, at Ford’s annual shareholders meeting.
GM: Bigger Changes Ahead? by TCC Team (2/11/2002) 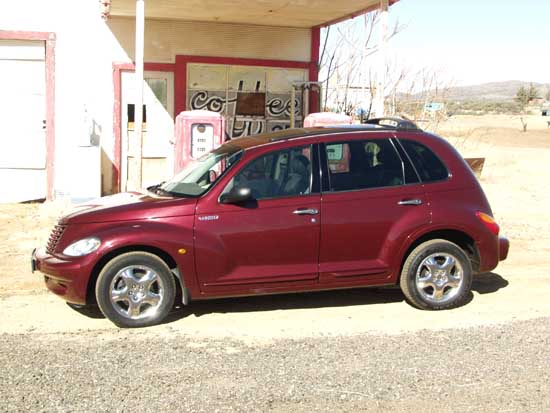 CHRYSLER TO TURBOCHARGE THE PT
Confirming one of the industry’s worst kept secrets, Chrysler will announce plans to produce a long-rumored, turbocharged version of the PT Cruiser. The package will transform the stylish, but anemic crossover into a reasonably peppy street rod, boosting horsepower from 150 to 215. One of the biggest challenges, apparently, was coming up with a name for the vehicle. The original concept was dubbed the GT Cruiser, though the automaker also toyed with PT Cruiser GT. Thought the “GT” will be visible several places on the new spin-off, it will hit the road under the PT Turbo nameplate. Along with the upcoming PT Cruiser Cabrio and several other variations, Chrysler hopes the PT Turbo will help revive momentum for one of the few success stories the company has had in recent years.
2003 Chrysler PT Turbo (3/26/2002) 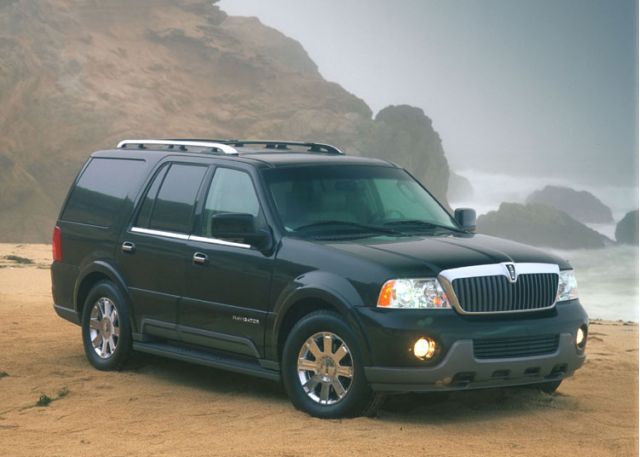 ’03 NAVIGATOR: DECEIVING LOOKS
It would take a close inspection to tell the difference between the Lincoln Navigator and the all-new, 2003 mid-size Aviator SUV. “We make no apologies for that,” asserts Lincoln’s styling chief, Gerry McGovern. “We feel the two vehicles (need to) have a sort of visual link.” At a detailed backgrounder during NY Auto Show press preview week, Lincoln took the wraps off the Navigator and Aviator. The Navigator has an all-new chassis, with an assortment of significant technical improvements. The Nav’s unusual frame permits it to have an independent rear suspension. And that means the third-row seat can be folded flat into the floor, providing room for even large adults. An upgraded stability control system incorporates sensors to respond to body roll. The rear liftgate is power-operated, as are the rear, foldaway seats. And there’s also an all-new interior. One of the more interesting features is an optional powered running board that extends five inches when the doors are opened. The official introduction date is May, though vehicles are already hitting showrooms. 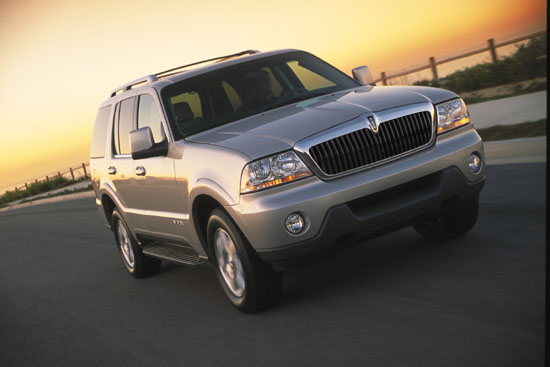 AVIATOR: NO MERE EXPLORER
The 2003 Lincoln Aviator isn’t merely a reworking of the Ford Explorer, Lincoln’s team of engineers and designers says. The evidence? The Aviator’s higher nose, jazzy interior and fold-flat third-row seat that sits nine inches lower than that of the Explorer. In that row, head and legroom are better than the critical darling Acura MDX, Ford says. The Aviator sports a 300-hp 4.6-liter V-8 and a five-speed automatic transmission, a sleek interior trimmed in wood and silver matte plastic, and LED lighting that imparts an uptown flair to the cabin. In the middle seat, a twin-bucket configuration can be had with a clever reconfigurable console. The rear-drive or all-wheel-drive Aviator can be equipped to tow 7300 pounds. The Aviator will be the first “growth” model in the brand’s portfolio since the launch of the LS sedan, says Brian Kelley, Lincoln Mercury’s president. The Aviator goes on sale in mid-July. 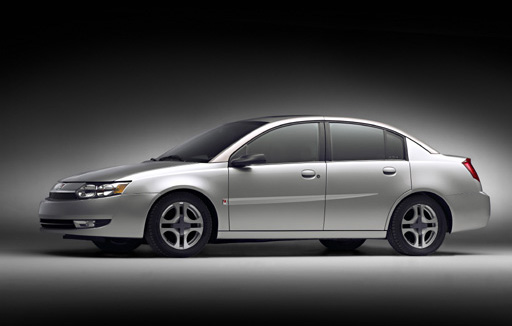 FIRST LOOK: SATURN ION
The first official pictures of the Saturn ION compacts hit the media today — but until the brand’s press conference, more details on the new GM compacts are thin. What’s for sure is that the four-door ION will be followed by a new coupe with two rear-access panels (call 'em doors if you must), and GM’s 137-hp 2.2-liter Ecotec in-line four will be found in all models. The sedan is six inches longer than before, riding atop GM's new Delta platform. A five-speed manual is standard; a continuously variable transmission is available and a five-speed automatic will be optional on the ritzier models. Hipness has been baked into the ION's style: interchangeable roof rails will be coordinated to similar dash panels, and the speedo is mounted atop the center stack. Stay tuned for more on the brand’s new entry-level car and its unconventional styling in and out. 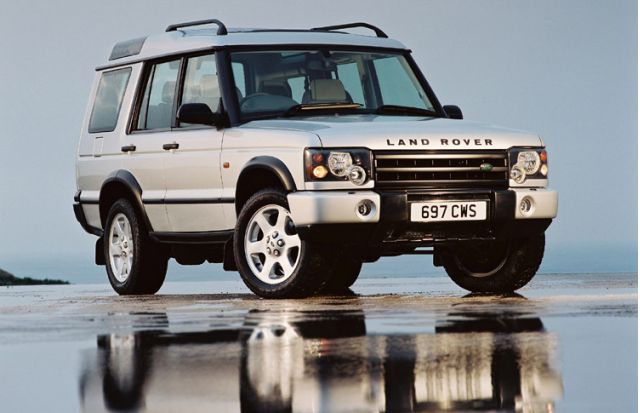 DISCO ISN’T DEAD
Not the Land Rover Discovery Series II, that is. The British subsidiary of Ford Motor Co. took the wraps off the revised, 2003 Disco Tuesday night. Scheduled for launch over the summer, it features a new, 217-hp, 4.6-liter V-8. According to the automaker, there have been more than 350 engineering changes made to the ’03 model, with 700 new parts, many of them hidden under the skin. The most visible update gives the Discovery a new front end similar to the one on the all-new Range Rover. But customers may find the most appealing feature is that the automaker will now cover all routine maintenance for four years or 50,000 miles. That same program will be extended to the ’03 Range Rover, as well. Incidentally, the automaker has announced that the Range Rover will hit U.S. shores carrying a base price of $69,335, plus another $660 for delivery.
2003 Land Rover Range Rover by Marty Padgett (1/28/2002)

AUDI ANNOUNCES TWO NEW MODELS
Audi will be bringing two new niche models to the U.S. over the next year. The high-performance RS6 features a 450-horsepower, 4.2-liter, biturbo V-8. It will be the first Audi equipped with a new suspension concept called Dynamic Ride Control, which is meant to reduce body roll and pitch. Audi expects to sell about 850 annually in the U.S., once the RS6 reaches dealers in mid-calendar year 2003. That’s about six to eight months after the introduction of the A4 Cabriolet, the latest spin-off from the automaker’s compact lineup. Audi notes the ragtop will offer the largest rear seat in its class, as well as a roomy trunk. The Cabriolet will be powered by a new, 220-hp 3.0-liter V-6. It will also feature an aluminum suspension based on Audi’s top-line A8 model.