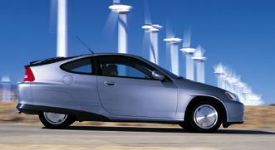 The Bush administration’s plan to cut fuel consumption includes tax credits for the purchase of hybrid gas-electric and fuel-cell vehicles. As Congress debates whether to increase Corporate Average Fuel Economy (CAFE) standards — currently at 20.7 mpg for trucks, 27.5 for cars — the White House is proposing a credit of up to $4000 for buyers of hybrids and $8000 for buyers of fuel-cell vehicles who purchase before January 1, 2008. The credits are part of the $2.1 trillion budget for 2003 just sent to Congress by the administration. Current hybrids on the market include the Toyota Prius and Honda Insight; the Honda Civic hybrid goes on sale in March, and Ford and GM are both promising hybrid trucks in the near term.
Honda Bets on Hybrids by Frank Bohanan (1/28/2002)

SATURN TO BOOST SALES 25 PERCENT
GM’s youngest brand hopes to boost its sales by 25 percent thanks to the introduction of new models, says Saturn brand chief Jill Lajdziak. The Wall Street Journal quotes Lajdziak on brand’s sales troubles, which she hopes will turn around with the introduction of the VUE sport-utility vehicle and ION compact cars, as well as a facelifted version of the L-Series cars. Last week, Saturn canned Hal Riney and named Goodby Silverstein Mathers as its new ad house in anticipation of the launch of the ION. 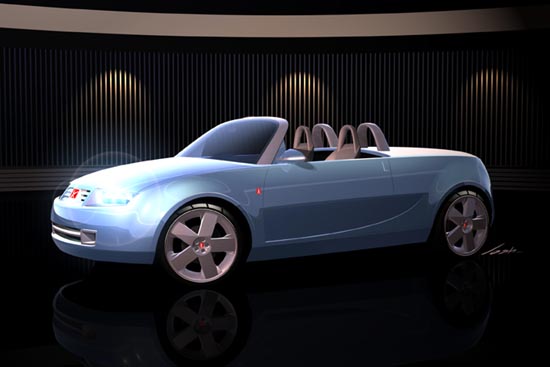 Chicago’s auto show opens to the media on Wednesday, and to kick things off, GM is unveiling the Saturn Sky concept convertible Tuesday afternoon. The Sky is another vehicle that could find a place in the production roster along other recent GM concepts like the Cadillac Evoq. “It’s a logical step…and one direction the brand could go in the future,” Jill Lajdziak, vice president of Saturn Sales, Service and Marketing, told TheCarConnection recently. The open-air roadster is designed to provide a variety of seating configurations; in production form, Sky would feature a power rear tonneau that could open or close over removable rear seats, allowing the Sky to shift from a two to a four-seater. Prep yourself for Chicago by checking out more on the Sky, and stay tuned to Daily Edition this week for more from Chicago:
Preview: GM's '02 Concepts by TCC Team (8/20/2001) 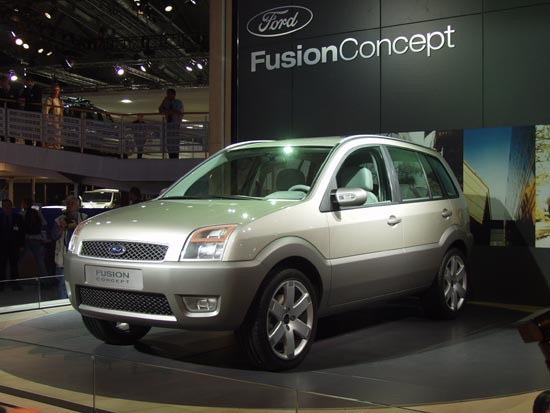 While other publications have word on the coming Ford Fusion sport-ute, TheCarConnection.com has the first spy pictures of the 2004 vehicle in today’s edition of the Web’s automotive authority. The Ford Fusion, first shown in concept form at the 2001 Frankfurt Motor Show, is getting ready for a 2003 calendar-year introduction. Based on the new Ford Fiesta platform, the minicar-based ute will be available in both front- and all-wheel-drive versions. Built in Brazil and codenamed B226, the tall-wagon crossover will have a PT Cruiser-like flexible interior and be priced competitively for an entry-level MPV. Read more about the Fusion by clicking here:
Spy Shots: ’04 Ford Fusion (2/4/2002)

REUTERS: DAIMLER CUTTING DIVIDEND
DaimlerChrysler AG is expected to cut its dividend roughly in half this week when it announces its 2001 earnings on Wednesday, the Reuters news service reports. The dividend slice is expected to net shareholders $1.38 a share, according to a poll of ten analysts. A company source told Reuters that it’s “very likely” that the company would cut its dividend; continued difficulties at the Chrysler Group are one of the root causes for the reduction. The company still expects to post an operating profit of about $1 billion for 2001.

DEUTSCHE WANTS OUT OF DAIMLER?
Deutsche Bank AG, a major shareholder in DaimlerChrysler, says it wishes to sell its interest in the company — but not at currently depressed share prices. The bank, the AP reports, is looking to take advantage of a new German law that drops capital-gains taxes on sales of industrial holdings. Bank officials say they will wait until the share prices recover — DCX is currently trading around $38, down from the 52-week high of nearly $53 — before any sale takes place.

VISTEON SELLING RESTRAINTS
Visteon, the former Ford captive supplier, says it will sell its safety-restraint business in North America and Europe to Swedish supplier Autoliv. The company didn’t disclose a transaction price, but says that it will focus on other areas of specialty. As a result, Visteon will close its facility in Markham, Ont., and move some non-restraint business to other facilities.

Soon after the tragedies of September 11, an anonymous Internet e-mail began circulating that inaccurately claimed thatHonda, and several other foreign-owned auto companies, had contributed nothing to aid the victims of these attacks. This e-mail is an unfortunate hoax. Most recently, CNN Headline News has been cited as the source for this false information. Media outlets in Ohio, South Carolina, and Potentially elsewhere, have reported this story, citing CNN as the source for this information. CNN Headline News has no record of any such story. Honda and its associates around the country quickly and generously responded to the events of September 11. Honda immediately delivered all-terrain vehicles to the FDNY and the New Jersey Police Association for use in recovery and relief efforts at Ground Zero. Honda also provided water pumps, generators and light kits for use by the FDNY for recovery and repair efforts. This equipment is still in use today at Ground Zero.

Payless Car Sales, Inc., a recently formed subsidiary of Avalon Global Group, Inc. and a sister company of Payless Car Rental System, has created a new franchise program for independent used car dealers. As a unique component of the program, Payless will provide independent dealers its nationwide brand image while encouraging them to maintain and build upon pre-existing dealer identity and consumer goodwill in their local markets.

Brought to you by TheCarConnection.com and WJR-AM