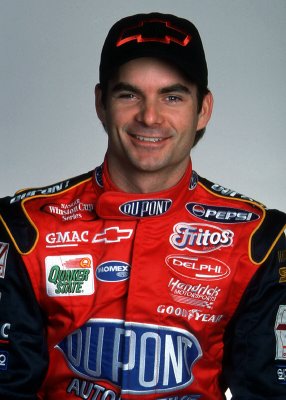 NASCAR’s Jeff Gordon clinched his fourth Winston Cup Championship in Atlanta on the Sunday before Thanksgiving — and he did it by finishing sixth. Gordon, who held a large lead in Winston points, would have won the title simply by starting the New Hampshire 300 on Friday anyway. But his middling finish behind winner Bobby Labonte didn’t leave Gordon anything but pumped: "I'm just blown away," ESPN.com quotes Gordon, as he emerged from his No. 24 Chevrolet. "This is our fourth time doing this, and it seems like the first time all over again. Each one gets sweeter than the last." Gordon now only needs three Winston titles to match the career records of icons Richard Petty and Dale Earnhardt, who was killed at Daytona on the last lap in February.

CHRYSLER JOINS ZERO CROWD
As expected, Chrysler on Monday announced that it too would extend its zero-percent financing offers into 2002. The Chrysler deal is good through Jan. 8, with no added restrictions; the company already had the most restrictive offer of the Big Three, as it excluded the Liberty, Viper, Prowler, all minivans, and the PT Cruiser. GM said last week that its zero-percent plan would last through Jan. 2; Ford says that its plan will go through Jan. 14.
Zero Percent Stays at GM, Ford by Joseph Szczesny (11/19/2001)

TOYOTA MIGHT ZERO OUT, TOO
Toyota President Fujio Cho says his company, Japan’s largest automaker, may continue some zero-percent financing offers to match those being extended by Ford and GM. Reuters reports that President Cho responded to GM’s decision to extend its zero-percent offers into 2002 with typical ambiguity: "As to whether we should continue it a bit more, we haven't come to any decision. We are still in the middle of considering it," the news service quotes Cho.
Zero Percent Stays at GM, Ford by Joseph Szczesny (11/18/2001)

CHEAP GAS RETURNS FOR HOLIDAYS
USA Today and TCC readers and contributors across the country report that gas prices  plunged in time for the Thanksgiving holiday. The daily newspaper cites political troubles within the Oil Producing and Exporting Countries (OPEC) organization for the price freefall, which could push gas prices below 80 cents a gallon in some areas. The paper cites several locations in Georgia with unleaded at 97 cents a gallon; in suburban Atlanta, several stations are charging less than 90 cents a gallon. Those prices don’t incorporate a huge drop in the price of crude oil last Thursday. Analysts expected record highway traffic for the Thanksgiving holiday, fueled by the Sept. 11 attacks and by the drop in gas prices. USA Today notes that the average gas price across the country is $1.20, down from $1.35 a month ago and $1.72 in mid-May. Gas prices may continue to fall through the end of the year.
TCC Tip: Holidays On The Go by Bengt Halvorson (11/18/2001)

FORD, BRIDGESTONE TALKING — BUT ABOUT WHAT?
Speculation over the Ford-Bridgestone talks held last weekend says that Ford has asked the parent company of Firestone for as much as $2 billion in compensation for the recall fiasco of 2000-2001. The companies, which severed their relationship earlier this year as they assigned blame for the 13-million-tire recall that linked Firestone tires on Ford Explorers to some 271 deaths, held meetings in Honolulu last weekend. The topic of the talks was not revealed by Ford’s public-relations team, according to a Reuters report, but future discussions are planned. Both companies face the threat of a class-action lawsuit over tread separations that caused the fatal accidents and hundreds of injuries.
Firestone Forced into Recall by Marty Padgett (10/8/2001) 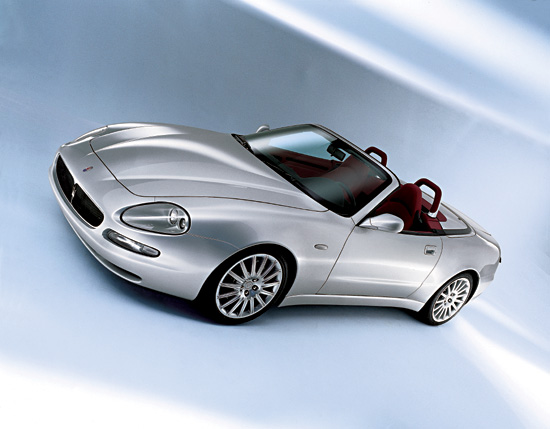 After a 10-year absence, Maserati plans to christen its comeback in the U.S at the 2002 Los Angeles Auto Show. Now part of Fiat's Ferrari Group, Maserati says it will show off its new Spyder at the L.A. show in early January. "We will be debuting the 2002 Spyder in North America at the Los Angeles Auto Show," Stuart Robinson, president and CEO of Ferrari/Maserati North America, said in a statement last week. The new Spyder is expected to sell for nearly $90,000 when it goes on sale early next year.

Peugeot’s nifty 307 compact is Europe’s Car of the Year, according to a panel of 55 journalists. The 307 was the top vote-getter in a field that included the new Mini, the Jag X-Type, and the Honda Civic. Peugeot says they have sold more than 250,000 copies of the model, which has helped the company increase its Western European market share to more than 15 percent, up from about 13 percent last year.