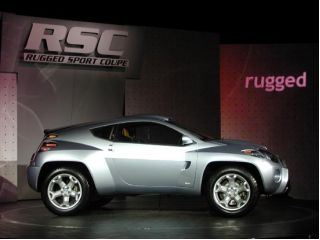 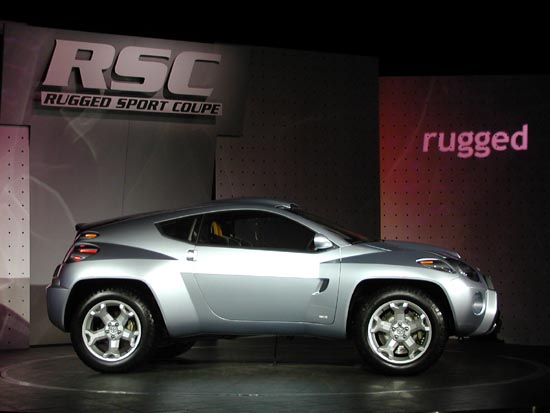 ROUGH AND READY. Toyota’s RSC, or Rugged Sport Coupe, could be the shape of things to come. Unabashedly aimed at the next generation of young car buyers, the crossover prototype brings together design elements from an SUV and a sports car, noted Kevin Hunter, Vice President of Design at CALTY, the automaker’s California design facility. Like other car manufacturers, Toyota is desperately seeking ways to attract young buyers—who it hopes will then remain loyal, long-term customers. The first product designed under this effort is the Echo. The RSC could be next. CALTY designers “were essentially free” to create whatever they wanted, noted Hunter. The look is very machine-like, with a racing-style interior, including a fast-change, sequential shifter. CALTY designers started with the same platform as the RAV4, though that may change if the RSC goes into production. And Toyota plans to spend a lot of time in the coming months gauging consumer reaction at Chicago and other automotive events. If feedback is positive, a production version could reach the streets before mid-decade.

TURNING 100, BUT WHO’S COUNTING? Ford Motor Co. is. The automaker is getting ready to celebrate the 100th anniversary of its racing program. Now, some TCC readers may question that since the automaker wasn’t founded until 1903. And, technically, that’s true. But on October 10, 1901, Henry Ford held a “winner-take-all,” 25-mile race against the legendary Alexander Winton in Grosse Pointe, Mich. The 41-year-old Ford had already failed twice in his efforts to start a car company, but scored an unexpected victory in his 26-horsepower racer, “Sweepstakes.” It was enough to convince new investors to back his next venture—which is today’s the world second-largest automaker. The century-old Sweepstakes was recently rediscovered, and is now undergoing restoration. Meanwhile, the automaker hopes to find the crystal punchbowl awarded Henry Ford for his victory. It was inadvertently sold off following the auto pioneer’s death.

BURNING BRIDGES? The Chrysler side of DaimlerChrysler has now revealed the bulk of its turnaround plan, but the difficult work has just begun, said the automaker’s new Chief Operating Officer, Wolfgang Bernhard. “We are committed to getting this company out of the hole as fast as possible,” the 40-year-old German transplant promised. But Bernhard emphasized that planning is only 10 percent of the effort. “Implementation is 90 percent.” In his first meeting with reporters since Chrysler announced it would cut 26,000 jobs, Bernhard was asked why the automaker decided not to close any U.S. assembly plants. He denied that was due to Chrysler’s contract with the United Auto Workers. “If there is a future for the company, you don’t burn your bridges so there is nothing left when you launch a (counter-) offensive.” 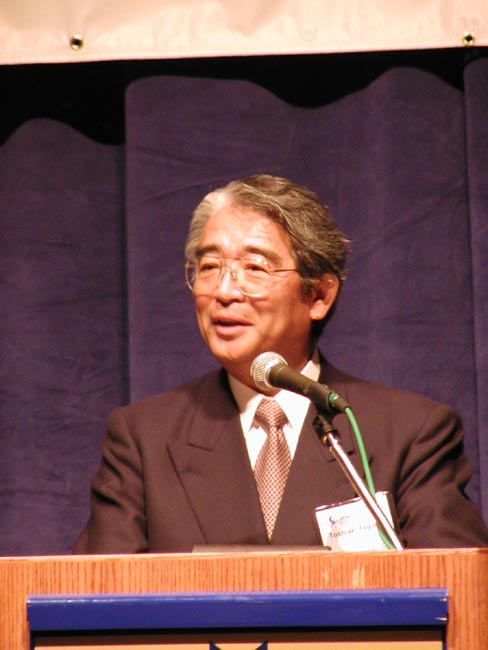 TAKING THE REINS.   “The days when the auto industry could just crank out cars and ignore their effect on the environment is over,” declared “Tag” Taguchi, head of Toyota’s U.S. holding operations. The keynote speaker at the Chicago Auto Show, Taguchi stressed that automakers must come up with cleaner products and especially focus on alternative forms of power. The alternative, he warned, is that government regulators will pass new rules that are too expensive and too difficult to meet. Taguchi noted that the new, U.S. version of Toyota’s own hybrid-electric, the Prius, is sold out until nearly the middle of this year. 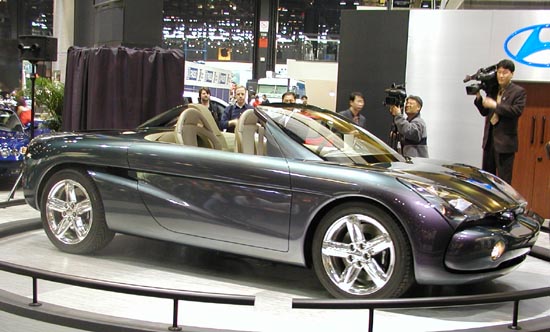 LOOK FAST. Even standing on its pedestal, the Hyundai HCD6 seems to be launched in motion. The prototype roadster is the latest in a running series of sporty concept vehicles developed by the automaker’s California design arm. The two-seat roadster is based off a mid-engine platform powered by an upgraded version of Hyundai’s 2.7-liter V-6. That’s mated to a manual, six-speed transmission. The HCD6 is certainly not going to be confused with a run-of-the-mill Hyundai sedan. It features unusual, “floating” carbon fiber bumpers, an aggressive nose, and a side air intake flowing into the rear wheel wells. Though production seems unlikely, the HCD6 “is meant to indicate the direction of Hyundai’s future sporty cars,” said Dave Weber, vice president of marketing for the Korean company, and some elements could show up in upcoming models.