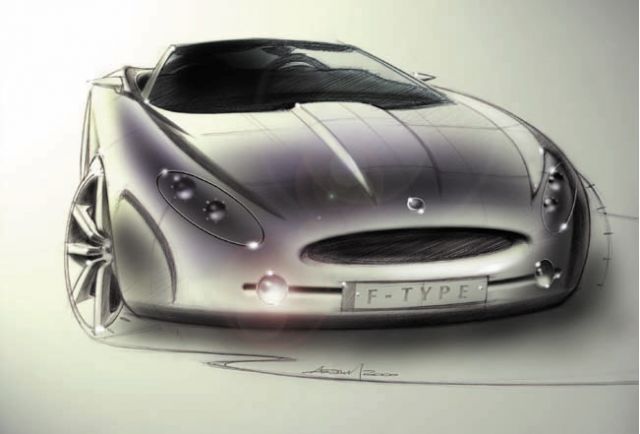 “F” AS IN “FANTASTIC. Jaguar will put its F-Type show car into production, starting in 2004, announced Wolfgang Reitzle, head of Ford Motor Co.’s Premier Automotive Group. Originally introduced at the 2000 North American International Auto Show, in Detroit, the F-type is a sleek roadster reminiscent of the original Jaguar E-Type. “The future for Jaguar is doing really emotional engineering,” declared Reitzle. Unlike other, recent additions to the Jaguar lineup, the open-topped two-seater will not share platforms with more mundane Ford products. But Jaguar officials admit they’re facing a challenge translating the F-Type show car into a production vehicle. The prototype may look great on a stand, but it won’t meet government regulations without serious modification. The trick will be to keep the final F-Type design as close as possible to the roadster that was declared the most striking product of the 2000 Detroit auto show. 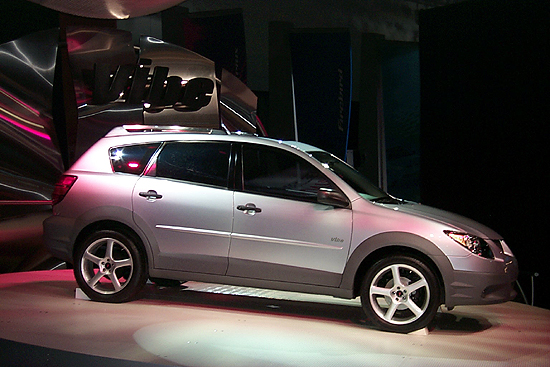 FEEL THE VIBE. Using a trio of “slam” poets to set a hip mood, General Motors’ Pontiac division pulled the wraps off its new, youth-oriented Vibe hatchback. The five-door will go into production late this year at the NUMMI assembly plant GM operates in a joint venture with Toyota, in Fremont, Calif. The platform and about half the components on Vibe are shared with the next-generation Toyota Corolla, also slated for an ’03 model-year launch. That includes the 1.8-liter, 130-horsepower in-line four-cylinder engine, which features Toyota’s intelligent, variable valve timing. An all-wheel-drive system, and four-wheel anti-lock brakes will be optional. Vibe bears a striking resemblance to the five-door version of the Ford Focus—with which the new Pontiac will compete. And, like the Chrysler PT Cruiser, Vibe’s rear and front passenger seats will be able to fold down, creating up to 57 cubic feet of cargo space. The new hatchback will come with a first-of-its-kind, 110-volt power outlet on the dash for operating a laptop computer or portable devices. 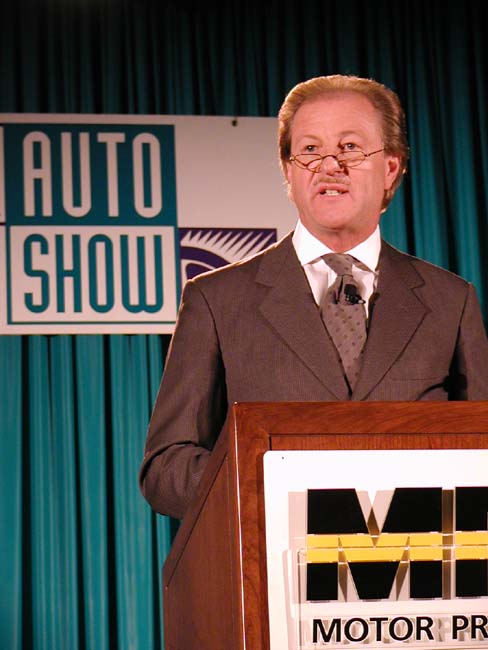 COVERING THE BASES. Ford will become one of the world’s dominant luxury car manufacturers, Reitzle insisted, during a speech to the Motor Press Guild. But its long-term success will depend on developing the “synergies” of its six luxury car brands: Aston Martin, Jaguar, Land Rover, Lincoln, Mercury and Volvo. Reitzle acknowledged the success of Mercedes-Benz, which has been able to stretch its brand to cover a vast array of products. But that won’t be possible with Ford Motor Co.’s luxury brands, such as Jaguar. Instead, he suggested, the collective brands of the Premier Automotive Group “will cover all the segments and have the same (overall) volume” of Mercedes. 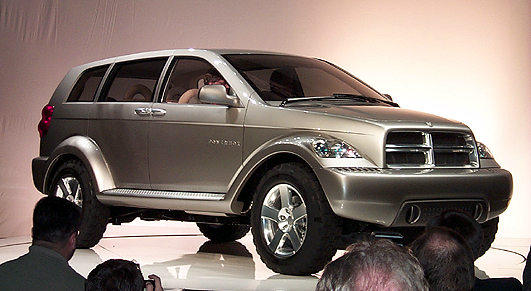 POWER RANGER. Could the Dodge Powerbox become the second hybrid-electric vehicle in the Chrysler lineup? That’s a definite possibility hinted the automaker’s product development director, Richard Schaum. The prototype is a so-called “through-the-road” hybrid, with a CNG-fueled, 250-horsepower supercharged V-6 powering the rear wheels, and a 70-hp electric motor for the front axle. The Powerbox’s batteries are recharged by recapturing energy normally lost during braking or coasting. The combination drivetrain should yield significant improvements in performance and fuel economy—as well as a 350-mile range, Schaum estimated. Dodge plans to produce a hybrid version of the Durango in 2003, but whether Powerbox will go into production is uncertain, Schaum cautioned. “The technical feasibility is there. The economic feasibility is always a challenge with hybrids,” because of the added complexity. Still, Schaum hinted the prototype “could be a precursor of things to come in ’04 or ’05.” 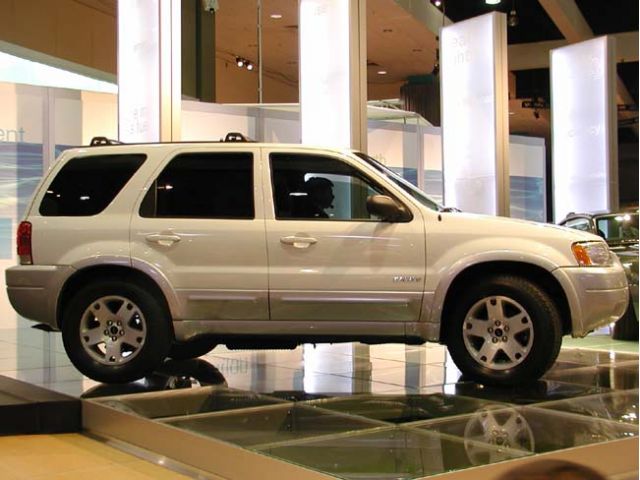 FAST ESCAPE. Ford is definitely going ahead with plans to produce its Escape HEV, a gasoline/electric design that will get an estimated 40 mpg in city driving. The automaker rolled out a production version of the hybrid during its time in the L.A. spotlight. Expect to be about $3000 more than a comparable, V-6-powered version of the SUV crossover, company officials suggested. But the automaker hopes the new Bush administration will offset most or all of the penalty by pushing through a stalled bill which would provide thousands of dollars in tax incentives for high-mileage vehicles. 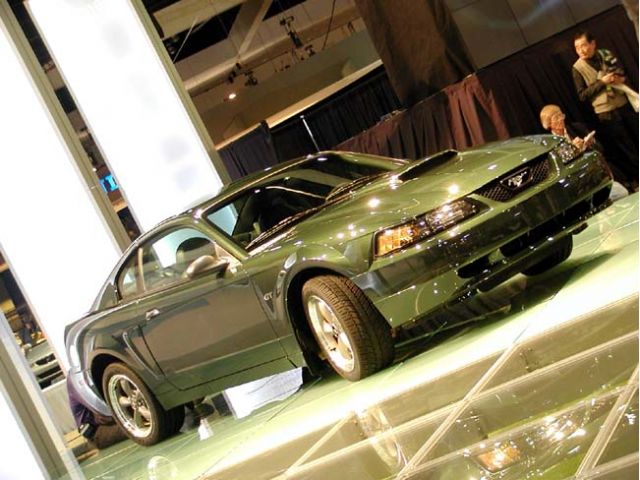 FASTER THAN A SPEEDING BULLITT? Well, maybe not, considering it’s been 30 years since the debut of Steve McQueen’s heart-pounding Bullitt, which featured one of the most thrilling car chase scenes ever filmed. But Ford is hoping to build some excitement with its Bullitt Mustang. Originally previewed as a concept car last year, it will go into production later in 2001 featuring a modified version of the Mustang GT’s 4.6-liter V-8. The Bullitt will pump out 270 horsepower, and command a price premium of about $3700 over the base Mustang GT, or just over $26,000. Ford expects to build as many as 7500 Bullitt Mustangs. Meanwhile, the automaker also unveiled a special Sports Appearance Package for the 2001 Crown Victoria, which includes dual exhaust, a modified suspension, bucket seats and 17-inch wheels. The asking price? $26,665.

QUALITY WOES. “Any recall hurts,” concedes Jim O’Connor, general manager of the Ford division. And it’s a real problem when a new vehicle, such as the Escape, undergoes five separate recalls during its first few months on the market. Ford has faced a series of embarrassing quality problems in recent months, as well as the fall-out from the Firestone tire disaster. O’Connor blames the fact that Ford has launched seven new products in recent months, and as a result, “we were really stretched.” But recognizing quality woes could cost it long-term market share, the automaker is struggling to bring the situation under control, he added. It’s created a new launch program to reduce problems with upcoming vehicle launches. And Ford will be sending its own engineering teams out to suppliers to reduce the risk of getting bad parts that could force future recalls. 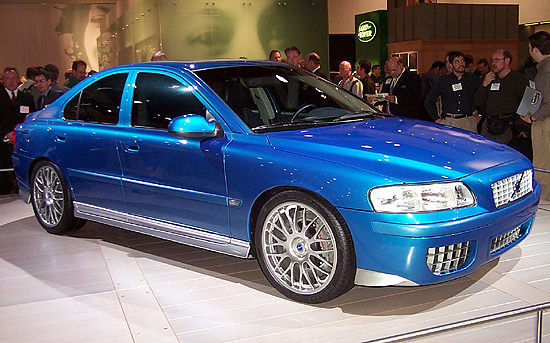 VOLVO GOES FOR WHEELSPIN. Ford’s formerly frumpy Volvo division is going to great lengths to convince everyone they’re not some long-lost Swedish cousin of Buick. This time, they’ve taken the new S60 midsize sedan and tarted it up to create the Performance Car Concept, a 300-hp study with 19-inch magnesium wheels, a six-speed manual gearbox and Haldex all-wheel drive, not to mention enough grillwork for Bobby Flay’s entourage. Electronic suspension control incorporating an ESP-like yaw control program is included. 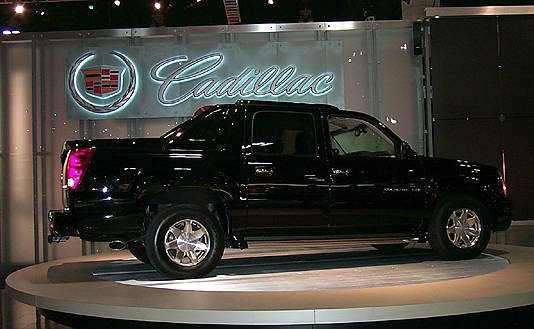 EXTENDING THE BRAND. Cadillac sees the value in extending its wreath and crest over more trucks, and it’s the new ’02 Escalade that’s providing the fundamentals for the new EXT, an SUV-truck blend sharing much with the Chevrolet Avalanche. The EXT, which could beat the conceptually similar Lincoln Blackwood to market, will sport a 345-hp, 6.0-liter V-8 and all-wheel drive, as well as Stabilitrak yaw control and OnStar service. The patented midgate (what, no shareware for the common good?) flips and opens so the EXT can approximate a sport-ute, a full-bed truck, even the now cliché Romanian gymnast.

AT LONG LAST VOLKSWAGEN Critics can stop deriding Volkswagen for keeping the Jetta Wagon away from hatchback-hating American consumers. The Jetta Wagon will join the VW lineup in two flavors: A 174-hp V-6 model costing $25,400, and a 115-hp four-cylinder priced at $18,600. Also coming to the VW dealer of your choice: a New Beetle Sport edition (limited to 5000 copies), with a 150-hp turbocharged four-cylinder engine, leather sport seats, and 17-inch alloys, all for $20,950.

CHANGE IN THE AIR. Acura’s celebrating a year of record sales with two freshened models. The 2002 RL sedan gets 15 more horsepower and GM’s OnStar system, along with a deeper grille, while the sibling TL sedan gets a Type S version with 260 hp, high-intensity discharge headlamps, a new grill, and a re-stamped hood with deep creases. 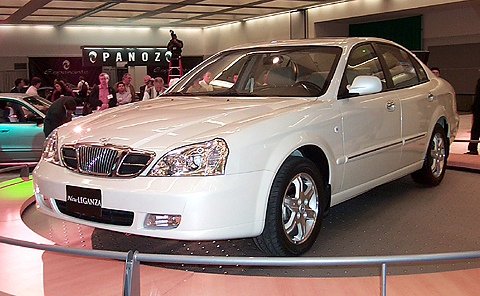 LEGANZA LIVES — FOR NOW. Daewoo insists the massive financial problems at home in Korea aren’t affecting U.S. sales that much. They’re also betting on the introduction of an all-new Leganza in the near future. The crisply styled, almost Mitsu-like Leganza is scheduled for the 2002 model year, and will use a six-cylinder variant of Daewoo’s new modular engine family. Whether the company emerges from bankruptcy or not, however, remains unclear.