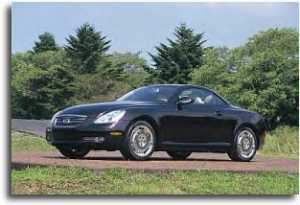 Concepts like the Lexus Sport Coupe will play against a background of global intrigue at this year’s Tokyo show.

A Shinkansen bullet train whisks itself away from Tokyo’s sleek Ueno train station, bound for the farthest reaches of Japan’s major islands. It uses countless supercomputers and microcircuits to deliver its passengers comfortably and safely, in an environmentally conscious way, all while hurtling them forward at speeds up to 200 mph.

Most of the press horde touring this week’s Tokyo Motor Show won’t step foot on the Shinkansen, but they’ll be surrounded by scaled-down versions of the same aesthetic as they walk the aisles of the Makuhari Messe, the convention center that hosts the biannual Tokyo show. More than its companion international auto shows in Detroit and Frankfurt, Tokyo has a reputation for cornering the market on high-tech advancements in the world of cars. And this year’s show, the 33rd, promises to be no different.

But this year also promises to be a watershed for the Japanese automotive industry.

The biggest car story from the Land of the Rising Sun this year has been Nissan’s turmoil and its partnership with Renault, both of which will figure heavily in this week’s show. Meanwhile, at Toyota and Honda, a string of profitable years has turned them toward the United States in search of new production sites and new models in their lineups. As a running backdrop, the remaining handful of makers – Mitsubishi, Suzuki, Isuzu, and Subaru – are said to be shopping for alliances to secure their futures in a nearly completely globalized industry.

Undoubtedly, the biggest news expected from this year’s show will come from Nissan – not in the form of the new Z car, which we’ve already seen, but in the form of a massive restructuring aimed at bringing the company’s debt down from the stratosphere.

Earlier this year, Nissan made it known that it was seeking international investment to help it redevelop its line of aging passenger cars, shore up its heavy-duty truck line, and hack away at its estimated $30 billion in debt. After pursuing ultimately fruitless talks with DaimlerChrysler, Nissan found its financial savior in France, as the Renault group, freshly reinvigorated in its own right, agreed to take a 36.75-percent stake in Nissan and create the latest global car alliance.

The first task at hand, both sides agreed, was to get Nissan’s costs under control. To do so, Nissan dispatched its financial guru Carlos Ghosn, dubbed "Le Cost Killer" for bringing Renault’s own finances to rein. Ghosn’s plans for Nissan will be unveiled at a press conference Monday afternoon in Tokyo.

The results could be traumatic for Japan’s sense of pride. Ghosn is expected to recommend between 10,000 and 30,000 job cuts at Nissan, and may also announce another plant closing, an event once considered heresy in the Land of Full Employment. (Nissan broke the unwritten rule against plant closings when it shuttered its Zama plant near Tokyo in 1995.) However, with Renault’s newfound vigor, its acceptance of Nissan’s plans for future cars, including the handsome Z concept, the medicine may be easier to swallow.

One foot firmly in the U.S.

Meanwhile, at Honda and Toyota, the news is considerably more upbeat. Both companies are flush with sales success from almost entirely autonomous American arms. And with a range of new trucks on the market or coming shortly, Honda and Toyota seem to have a firm grasp on what American consumers want – and on what vehicles can ensure their continued profitability.

At Honda, two new products are securing its reputation for impressive technology and sporting flair. The new S2000 convertible is already a hit, and the upcoming Acura CL coupes are said to take a much sportier line than the luxury coupes they replace. (One suggestion is that the Honda Prelude’s days are numbered, and that the CL coupe will replace it in a way, within the Acura lineup).

But perhaps the most important developments at Honda are yet to come. The Insight hybrid vehicles, about to go on sale in the U.S., will be the first vehicle sold here that uses a gas engine alongside electric-vehicle technology to reduce emissions, increase fuel economy, and possibly, avert the zero-emissions rules California has mandated. Beyond Insight, in June, the groundbreaking for the next Honda production facility in the U.S. takes place in rural Lincoln, Alabama, where Honda will build a new vehicle. The plant is scheduled to build an Acura sport-activity vehicle based on the Honda Odyssey minivan, giving the brand a more competitive entry in the compact SUV wars – and further blurring its status as a Japanese-American company.

At Toyota, it’s much the same success story. The company is coming off its most successful launch ever – its new Tundra full-size pickup is expected to easily outpace its planned 100,000 sales per year. The company recently introduced a new Celica and Avalon to shore up its model range, and has added the ECHO compact to give it a new face in the entry-level market.

Again, though, the big story is "wait and see." Toyota is preparing an entry in the large SUV range – the Highlander, based on the Tundra platform. To be built in the U.S., perhaps alongside the Tundra at its Gibson, Indiana, plant, the Highlander will give Toyota another profitable entry in the SUV market. For its Lexus brand, Toyota has penned a new Sport Coupe Concept with V-8 power, a retractable hard top, and a mod new shape to push it back into the territory now occupied by SLKs, Boxsters, and Z3s. And on the environmental front, Toyota’s hybrid Prius will go on sale early next year, with a 4WD-capable version of its hybrid powertrain set to debut at Tokyo.

Finally, the subtext running beneath the fervor of the Tokyo show will be "the rest" – or, whatever happened to Mitsubishi, Subaru, Suzuki, and Isuzu. Mitsubishi, after joining Volvo last week in a partnership on heavy trucks, is still courting other automakers to join it in a global alliance – and DaimlerChrysler and Fiat are said to be interested. Subaru is mentioned in the same breath as Ford and GM, but the General’s attention may be devoted to Suzuki and Isuzu these days – since Suzuki will build a GM-branded car to be sold in Asia beginning next year, and since Isuzu has been charged with GM’s future small-truck development and diesel plans.

Who will these wallflowers finally end up dancing with? Will Nissan’s cuts be deep enough? And will Toyota and Honda be the sole soloists on the Japanese scene? Behind all the clutter of concept and production cars, the Tokyo show just may have some of the answers. Stay tuned for the fireworks