The older it gets, the better it gets. Typically outshone by the overblown events in Geneva and Detroit that precede it, this year the New York International Auto Show offers no fewer than 11 worldwide introductions and seven North American debuts, a new record for the 99-year-old exhibition. More than 1.1 million consumers are expected to flock to the Jacob Javits Convention center during the eight-day run, which begins April 3.

General Motors will show a half-dozen new vehicles. From the Chevrolet division comes the Silverado-based Suburban Show Truck, a barely disguised version of 2001's production vehicle. In a similar vein, the GMC Yukon Show Truck will be on display. Expect smoother styling, refinement, feature content and maneuverability to be the most touted changes. While Denali will continue in 2001 as a Yukon variant, Cadillac will bring a decidedly different luxury SUV to the market in the coming years and will not show a 2001 Escalade in New York.

Vying with the SUVs for attention in the Big Apple is an unlikely GM division — Saturn — which will unveil all-new midsize sedans and wagons. It won't be the cars but the way the down-to-earth brand will handle a glittery auto show venue that will be the talk of the town.

In other GM news, Pontiac will show its face-lifted Sunfire as a full-blown debut, Oldsmobile will introduce the all-new Aurora V6 and V8 sedans, and Saab will have the Viggen — a 9-3-derived and aircraft-inspired performance car that was slated for Geneva but didn't arrive in time —on hand. Buick's 2000 Century will appear for the first time in North America. 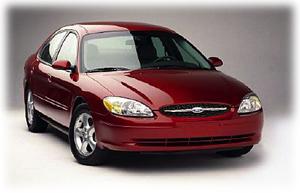 Ford will take the wraps off its 2000 Taurus sedan and wagon. As previously revealed here by TCC's Nick Twork, both models have been re-penned to suit (ahem) more conservative tastes. The Blue Oval's Aston Martin brand plans an elegant North American introduction of the DB7 Vantage, while Mazda is expected to reveal the production version of the MPV minivan concept shown in Detroit.

Infiniti will present its Maxima-based I30 midsize luxury sedan for Y2K at the show. Less prosaic styling will be more in keeping with the Q45, while luxury options and special engine and suspension tuning differentiate it from its Nissan twin. At the Nissan stand, the biggest news will likely be a refined version of the Z Concept that teased showgoers in Detroit, though hot-off-the-press production Maxima will be displayed on the floor as well.

Mitsubishi will bring us an all-new Eclipse and a freshened Montero sport, both to be sold as 2000 models, and Isuzu will show a drop-top version of the radical VehiCROSS. Not content with leaving the name alone, the automaker has chosen VX-O2 (an open-air runabout or a nerve gas formula?) as the convertible concept's official moniker.

American debuts include the TT roadster, S4 and A6 4.2 from Audi, the 3-Series coupe from BMW, Kia's KMS-4 concept, the CL luxo-Coupe from Mercedes-Benz, and Subaru's 2000 Legacy GT.