GM, TOYOTA ANNOUNCE PARTNERSHIP Alternative vehicles are charging forward — and two of the world’s biggest carmakers are teaming to ensure neither is left out of the rush to market non-gas-powered cars and light trucks. Last week, General Motors Corp. and Toyota Motor Co. announced that they are teaming up to develop a new generation of environmentally friendly alternative-fuel vehicles that could start rolling onto the global market within the next five years. As part of the open-ended project, the two automakers eventually may spend billions of dollars to develop electric vehicles, dual-powertrain hybrids and fuel cell cars. 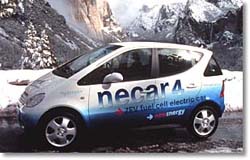 FUEL CELLS HIT THE ROAD Ford Motor Co. and DaimlerChrysler AG will launch the world’s first test fleet of fuel-cell-powered automobiles, the initial step, said one senior executive towards achieving "market entry in 2004." The project’s three main participants are Ford, DaimlerChrysler and Ballard Power Systems Inc., the Vancouver-based company considered the leader in fuel cell development. Starting next year, Ford will provide five fuel-cell-powered P2000 sedans, an aluminum-bodied prototype that has the interior space of a midsize Taurus but which weighs one-third less. DaimlerChrysler will field five NECAR 4 sedans, essentially European Mercedes-Benz A-Class minicars retrofitted with fuel cell systems. In 2003, the combined fleet will grow to as many as 50 vehicles.

FEDS TO DEMAND CLEANER GAS The Environmental Protection Agency is preparing to issue new rules that would require much lower sulfur content in gasoline. As TCC has reported in recent weeks, the government has been paying attention to carmakers' complaining that the high sulfur content in gas makes it difficult to lower gasoline-powered car and truck emissions. The rules would allow the new emission and cleaner gasoline standards to be phased in over several years beginning in 2004, the sources said. Specifically, the sulfur in gasoline, which nationally now averages 340 parts per million (PPM), would have to be reduced to about a tenth of current levels, possibly as little as 30 PPM. The EPA would also require SUVs and trucks to reduce their emissions of nitrogen oxides, key ingredients in smog. The biggest and most polluting SUVs will not have to fully comply with the new standards until 2009. The new rules may be announced as soon as next week.

PORSCHE/VW SUV MOVES AHEAD Porsche and Volkswagen will decide on a production site for their joint sport-utility vehicle project within a week, Bloomberg reports. Both companies, with the same platform but different sheet metal and drivetrains, will share the off-roader. Volkswagen’s internal production skunkworks will likely recommend the company’s Palmela, Portugal, facility that formerly housed the VW/Ford minivan joint venture. VW recently bought out Ford’s share in the assembly plant in Portugal. If the facility is not approved, production may take place at VW’s Hanover or Czech Republic factories.

VW MAKES NEW SIX-SPEED Germany’s Bild Zeitung reports that Volkswagen will introduce a new six-speed manual gearbox in an effort to increase fuel economy across its range. While some VW products, such as the Audi TT, already have six-speed transmissions geared for performance, the new manual trannies would be geared for better gas mileage and reduced noise levels. The paper cites company sources as saying VW would like to offer both automatic and manual transmissions with six gears. The new transmissions could roll out as early as next year.

XTERRA HITS GROUND RUNNING Nissan’s next compact SUV hit the ground running last week as the company launched Xterra production at its Smyrna, Tennessee., facility. Employees wore T-shirts reading "Looks good dirty" while loud music and smoke throbbed to the first vehicle’s exit from the assembly line. The Xterra goes on sale in early June, priced between $17,500 and $25,000. Most buyers are expected to take the two-wheel-drive version with a V-6 engine, manual transmission and air — costing about $18,500, Nissan spokesman Jason Vines said. Nissan plans to make at least 60,000 Xterras the first year, with top production capability at the plant of about 75,000. For a first drive of the Xterra, tune in next week here at The Car Connection. 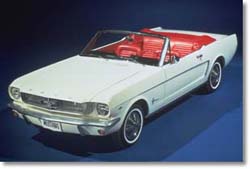 ‘STANG MUSEUM OFF? Backers of a proposed Mustang museum have backed off from their stand-alone plans and now intend to house their collection of classic Mustangs at an existing museum, the AP reports. Late last year, the Mustang Museum Inc. board had narrowed its search for a museum location to Atlanta and Orlando, Florida, but last week the board announced that the projected costs for a stand-alone museum — $30 million — were too high. Mustang parent company Ford had supported the museum idea and donated $1.5 million to the nonprofit museum group to assist in the fund-raising program. On April 17, the Mustang marked its 35th anniversary; more than 7 million Mustangs have been sold since its debut in 1964.

OPEL DEVELOPS NEW HEAD GM Europe’s Adam Opel unit is set to appoint Hans Demant as head of development, replacing Peter Hanenberger, in an effort to improve quality and Opel's image, the Frankfurter Allgemeine Zeitung reported last week. According to the report, Hanenberger will be sent to Australia on Monday to run Holden. Demant, 48, had a hand in the development of the Corsa small car. Opel’s current turmoil dates back to last fall, when GM appointed Robert Hendry, the head of Saab Automobile AB, as Opel chief executive in October, replacing Gary Cowger, who returned to the United States as group executive for labor relations.

VW APPOINTS TWO TO ROLLS Volkswagen has filled the gap at the top of Rolls-Royce and Bentley by appointing Tony Gott chairman of the British car brands. Gott has been acting chairman since late last year, following the departure of former Chairman Graham Morris. Morris stepped down after VW bought the luxury carmaker last July from Vickers PLC, then lost the rights to Rolls-Royce in an outflanking by German luxury rival BMW.

FORD MEETING LIVE ON THE NET Ford Motor Co. said on Wednesday it will carry its annual shareholders meeting in Detroit live on the Internet next month for people unable to attend. "We're trying to take a leadership position as best we can on the E-commerce side in all aspects," Ford spokesman John Spelich told the AP. "Using the Internet as a cutting-edge tool is important. This was one more opportunity to do that." Ford's annual meeting at the Detroit Opera House at 10 a.m. EDT on May 13 will be available through www.ford.com and broadcast.com. Ford may someday conduct its annual meeting solely in cyberspace, Chairman Bill Ford Jr. said in a statement.

SMITH LOSES PAY AT GM As a consequence of the company’s strike-damaged financial performance, GM Chairman Jack Smith took home just $3.2 million in salary, bonus and dividends last year, some 27 percent less than in 1997. However, Smith, who also holds the title of chief executive, exercised stock options that pushed his total compensation package to an estimated $12.4 million, up 12 percent from $11 million in 1997. Last year, GM earned $3 billion, down 53 percent from the $6.3 billion it earned in 1997.

MICHELIN PRESIDENT IS MICHELIN Michelin SCA said last week it has named Edouard Michelin as president, ensuring Europe's largest tiremaker remains in family hands, Reuters reports. Michelin, great-grandson of the company's founder, will replace his father, Francois, on June 11, pending shareholder approval. The 35-year-old engineer has been in training for the chairmanship since 1991, when he became one of Michelin's three managing partners. Michelin previously spent two years as head of the company’s U.S. operations and was vital to the company’s integration of Uniroyal Goodrich Tire Co., which Michelin SCA purchased in 1990.

NSX OWNERS GET NET HOME Own an NSX? Want to meet more like you? Now’s your chance. Last week, Acura launched a new Web site for NSX owners,www.NSXbyAcura.com. The catchall site for Acura’s sportscar owners contains information on development of the model, product features, history, and other fan topics. "This is the first time much of this material has been gathered in one place, easily accessible for anyone with Internet access and an interest in the NSX," said John Fulcher, senior manager of E-Commerce, Acura division. The site also hosts links to the NSX Club of America Web site. Visitors to the site may sign up to join the site's optional e-mail list to receive further information from Acura through the Internet, to locate an Acura dealer or to request an NSX brochure. Future plans for the site include the addition of an enthusiast discussion area. Genex Interactive of Los Angeles created the site for Acura.