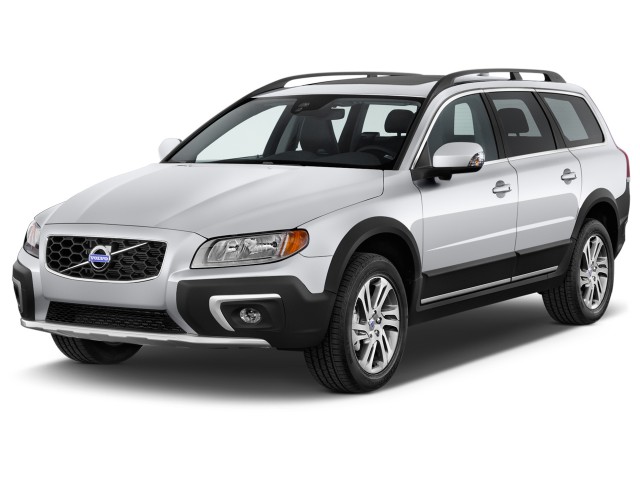 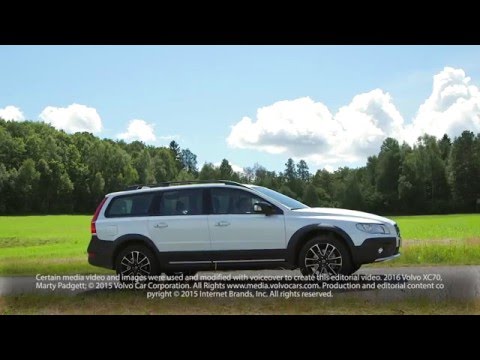 The Volvo XC70 is not quite a crossover vehicle—it's more a station wagon with light cladding and all-weather ability, plus a little extra ground clearance. The XC70 is Volvo's latest take on the luxury wagons that have been a part of the Swedish automaker's lineup for decades.

Because of the XC70's unusual setup it has just two direct rivals in the market: the Subaru Outback and the Audi Allroad.

The basis for the XC70 dates back to the mid-1990s, when the V70 replaced the Volvo 850 Wagon—albeit with nearly identical styling. A completely redesigned V70 was released for 2001. It had smoother, less boxy, more flowing lines, with running gear mostly shared with the large S80 sedan.

When it was introduced, the V70's base model was the 2.4, fitted with a normally aspirated 168-hp, 2.4-liter inline-5. Above that was the 2.4T, which added a turbocharger to boost output to 197 hp. The T5 used the same turbo engine with a higher level of boost and was able to produce 247 hp. On top of that, Volvo offered a V70R performance model, which featured a 300-hp, 2.5-liter engine and all-wheel drive.

Ride quality varied a bit among these models, with base cars on the soft, almost bouncy side and T5 models providing a very firm calibration that favored handling but might not be to the liking of those who live in the Snow Belt. Among them our favorites were the 2.4T models (and 208-hp 2.5T models, from 2004 on), which offered the best compromise.

From those roots, the XC70 was launched in 2008. The XC70 can now be ordered with either front- or all-wheel drive, with the former having taken the place of the last-generation V70. Both that departed V70 wagon and the XC70 crossover share running gear with Volvo's largest sedan, the S80. The original engine was a 235-hp, 3.2-liter inline-6 engine and 6-speed automatic transmission—the same powertrain that was used in the larger XC90 seven-seat crossover, launched way back in 2002. This same powertrain continues to be used on certain XC70 models.

All XC70 (and V70) models, old and new, are cargo workhorses. Their split-folding back seats fold flat, and the cargo floor is much lower than in most crossovers, making it easy to load. Front seats are excellent, although some owners may find the back seat a little more cramped for adults than the generous exterior might suggest. While the latest generation for 2008 and beyond lost a bit of performance compared to its predecessor, the ride and handling were vastly improved and more premium content was added.

Other than various equipment changes and new wheels and trim, the XC70 evolved very little in the early years of this generation. The front-wheel-drive version of the XC70 replaced the V70 wagon for 2011. That same year, standard features were also bolstered for the whole lineup, with the base model now including a power driver's seat, fog lamps, heated side mirrors, Bluetooth, and Sirius satellite radio.

Major change came in 2015, when the front-wheel-drive XC70 got a new standard engine, a 240-hp turbocharged 2.0-liter engine producing 258 lb-ft of torque, mated to a new 8-speed automatic transmission. It is fitted with a start-stop system that switches off the engine when the car comes to rest. Its EPA combined gas-mileage ratings rise to 24 mpg city, 31 mpg highway. All-wheel-drive models continued with the 6-cylinder, however.

For 2016, the XC70 lineup has been simplified. There's just one powertrain each for the front-wheel-drive and all-wheel-drive versions. This year, for the latter, a "T5" 250-hp, turbocharged 2.5-liter 5-cylinder engine replaces the pair of 6-cylinder engine options offered last year. As before, it powers the wheels through a (sometimes hesitant) 6-speed automatic transmission.

The XC70 was dropped when Volvo added the new V90 wagon to its family of large sedans and SUVs.

Rate and Review your car for The Car Connection! Tell us your own ratings for a vehicle you own. Rate your car on Performance, Safety, Features and more.
Write a Review
For 2016 Volvo XC70

This car is the most strongest car and can run very fast. I salute u volvo.
people found this helpful.
Was this review helpful to you? Yes
2013 Volvo XC70 AWD 4-Door Wagon 3.2L Premier Plus