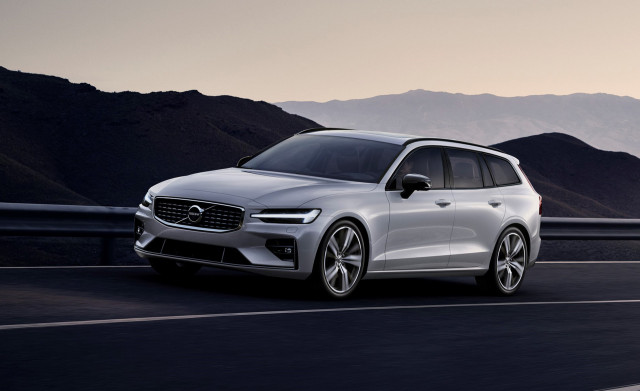 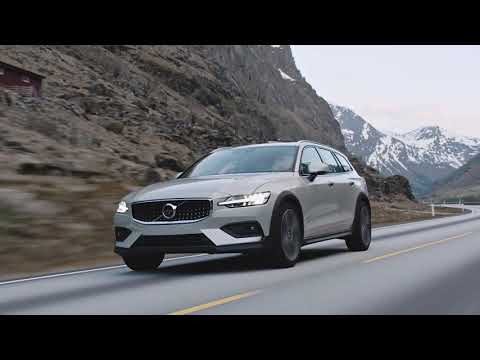 The Volvo V60 is the gateway to Volvo's wagon lineup.

The 2019 Volvo V60 looks almost indistinguishable from the bigger V90 wagon—hardly a coincidence. The V60 is powered by the company's 2.0-liter turbo-4, with or without batteries. The V60 will be Volvo's second car in the U.S. available by "subscription," called Care By Volvo. For interested shoppers, the V60 will come well-equipped for a flat monthly fee as part of a two-year commitment, and owners can trade up or trade down after one year.

The V60 shares much of its interior with the similarly sized XC60, including a large vertically oriented touchscreen for infotainment in all trim levels. The V60 can be equipped with Volvo's suite of semi-autonomous driving aids, including active lane control and adaptive cruise control.

For the 2020 model year, Volvo added a V60 Cross Country to its wagon lineup.

The V60 is akin to other small European wagons, which can be considered biggish hatchbacks to some extent.

Although the V60 offers plenty more room inside than an S60 sedan, it is by no means the cargo-hauling king in the manufacturer's lineup. The brand's three crossover vehicles beat the V60 in that measure, as the low, sleek roofline of this wagon keeps the cargo hold to a moderate size. With the rear seats folded, the V60 can swallow 43 cubic feet of stuff. As in the S60 sedan, the V60's rear seat can be tight for adults; it offers a ski pass-through and can also fold in a versatile 40/20/40 arrangement.

The base V60 T5 used Volvo's new direct-injected and turbocharged 2.0-liter 4-cylinder engine. It generated 240 horsepower and 258 pound-feet of torque, driving the front wheels only through a new 8-speed automatic transmission. In the V60 its front-drive only, but in the V60 Cross Country, which adds 2 inches of additional ground clearance, it can be mated to all-wheel drive.

A step up the ladder brings the V60 T6, which used a supercharged and 2.0-liter turbo-4 that produced 302 hp. It's mated to all-wheel drive and the same 8-speed automatic.

The new engines include a start-stop system as standard—it's very quick on the restart, which we applaud. All V60 models offer three drive modes: Normal, Sport, and Eco+, the latter of which cuts off the air conditioning when unneeded and remaps the throttle and transmission for more efficient performance.

Volvo introduced models with the new Sensus Connect infotainment system as "2015.5" models, so as to differentiate them on dealer lots. The new system in the 2015.5 Volvo S60 includes Volvo On-call concierge and roadside-assistance services, cloud-based services, 3-D maps for the navigation system, and new Harman Kardon premium sound.

The V60 lineup also includes Cross Country model that takes it slightly toward the crossover end of the wagon spectrum. A modest ground-clearance hike of 2.6 inches combines with some extra cladding and fender flares to produce a more rugged version of the small five-door. The related S60 sedan also receives a Cross Country version soon.

Rate and Review your car for The Car Connection! Tell us your own ratings for a vehicle you own. Rate your car on Performance, Safety, Features and more.
Write a Review
2016 Volvo V60 4-Door Wagon T6 Polestar AWD

Better than Audi, BMW and MB for my money. Very impressive.

Added K-PAX Performance Exhaust System. Nice, but not a Porsche 911SC! Fuel economy not a concern. To soon to determine reliability.
people found this helpful.
Was this review helpful to you? Yes
2015 Volvo V60 2015.5 4-Door Wagon T5 Drive-E FWD

Minuses: The infotainment system is sluggish and takes nearly a minute to come to life in a cold start situation. The shape of the car reduces cargo area, and the back seats are tight for anyone over 5'6".

Overall: This is a great car and has been trouble-free for over 33K miles. My wife & I both enjoy getting behind the wheel, and the functionality of a wagon is hard to beat.
+ More »
people found this helpful.
Was this review helpful to you? Yes
For 2015 Volvo V60

Fabulous car, beautiful, sporty and practical all in one, best seats under $100 grand.

Absolute trouble free, I'll put it with any of the Germans for a lot less money. I enjoy every single mile in the car.
people found this helpful.
Was this review helpful to you? Yes
See More Reviews