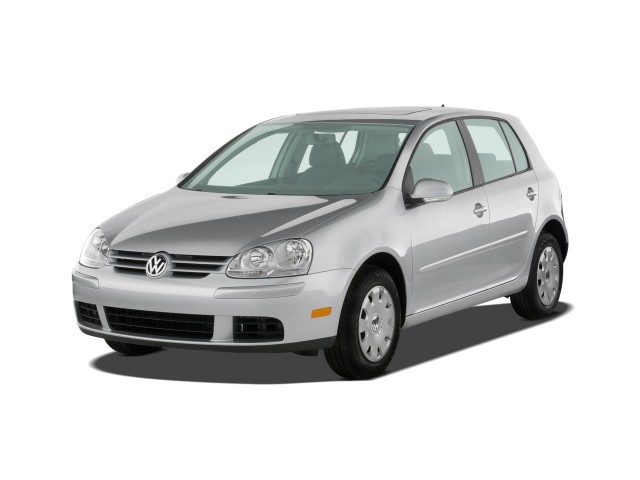 The Volkswagen Rabbit is the model name used in the U.S. and Canada only for two different generations of what the rest of the world knew, and continues to know, as the Volkswagen Golf.

The very first generation of VW Golf pioneered the name, being introduced in the U.S. in 1974 as the Volkswagen Rabbit--allegedly because the rabbit made more sense as a lovable follow-on to the well-liked Beetle than did the word Golf, which could have been associated with a sport. The first VW Rabbit sold from 1975 through 1984, when it was replaced by the Volkswagen Golf.

That first Rabbit established Volkswagen as the seller of smartly designed front-wheel-drive subcompact cars, and it was sufficiently successful in three-door and five-door hatchback forms that its assembly was moved to a new U.S. plant in Pennsylvania--at which point a two-door pickup model was added as well. The Rabbit also pioneered Volkswagen's sales of small diesel-engined models for greater fuel efficiency, and VW continues today as the largest U.S. seller of diesel passenger cars.

The Rabbit name was then revived by Volkswagen's U.S. marketing arm for the fifth-generation VW Golf, sold from 2006 through 2009. Again offered as a three-door or five-door hatchback, styling was clearly evolutionary from the superseded Golf model, but more rounded. The 2006-2009 Rabbit received high marks for its handling, but interior materials were not considered as high-quality as those of the previous generation, and despite slightly larger dimensions, it actually sacrificed 3 cubic feet of cargo space compared to the model it replaced.

The sole engine option on the 2006-2009 Rabbit was a 150-horsepower 2.5-liter five-cylinder producing 170 lb-ft of torque, with the choice of a standard five-speed manual gearbox or an optional six-speed automatic gearbox. Regrettably, Volkswagen had to pull its diesel engines off the market following the introduction of new and tougher U.S. emissions standards, and the 2006-2009 Rabbit had no TDI engine option. For the 2008 model year, however, the engine gained a slight power increase, with ratings rising to 170 hp and 177 lb-ft. Due to its complexity and high assembly cost, this generation of Golf/Rabbit lasted for just four model years in North America before it was replaced by the sixth-generation model--which returned, once again, to the global model name of Volkswagen Golf.

Rate and Review your car for The Car Connection! Tell us your own ratings for a vehicle you own. Rate your car on Performance, Safety, Features and more.
Write a Review
For 2009 Volkswagen Rabbit