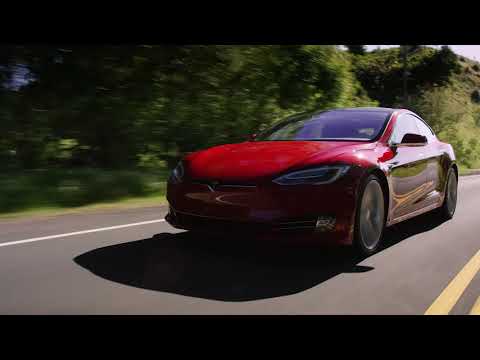 The Tesla Model S mid-size electric sedan is one of the most recognizable models on the market, and a part of automotive history—for making electric cars viable as luxury vehicles.

Since the Model S entered volume production in mid-2012, it's been given only a modest set of upgrades and new features along the way. They don't correspond to model years, however; Tesla simply unveils them in production when they're ready to launch. That means there can be significant differences within a single model year of Model S.

Still, the big Tesla sedan has been a transformative vehicle in the global auto industry—as a start-up brand, as an object of desire by car enthusiasts, and as a wedge to popularize electric vehicles in a way vehicles like the Nissan Leaf have been unable to effect. As of late 2017, Tesla has sold more than 150,000 of them in North America, Europe, and China, far outstripping other auto startups like DeLorean and Tucker.

MORE: Read our review of the 2019 Tesla Model S

The Model S is not just a good-looking, long-range, all-electric car. It's a competitive luxury sport sedan that was designed, engineered, tested, and built by a carmaker that's been in business only 10 years—a fleeting heartbeat in the 140-year-old industry. Beyond that, the lightning-quick Model S has received a near-relentless level of attention from an enthralled public and fostered a new breed of premium EV enthusiasts.

With regular "over-the-air" updates to improve the car's control software, and occasional updates and lineup changes whenever they're ready, Tesla Motors plays by different rules than other carmakers. So far, it seems to be working. Even as of 2019, the Tesla Model S offers more range than every other plug-in car: from 259 to 335 miles for the all-wheel-drive versions with 75- and 100-kilowatt-hour battery packs. As always, effective real-world range—on a Tesla or any other plug-in electric car—will vary greatly, depending on driving speed, style, accessory use, and outside temperature.

The large, sleek Model S has a rakish sedan profile, yet it's actually a five-door hatchback that seats five adults and for a number of years had the option for rear-facing jump seats that can fit two children in what would normally be the car's cargo area.

The S has roughly the same form as the Audi A7, though its rounded lines resemble a Jaguar XJ more than the crisp, linear Audi. The in-floor battery pack, electric motor, and power electronics were all developed by Tesla Motors itself, and, unlike the Roadster, the all-aluminum Model S is not based on the underpinnings of any other vehicle. Tesla launched a Model X crossover utility vehicle on the same platform, which we cover separately.

Because the battery pack is contained entirely within a floorpan that is just a few inches tall, the designers had unusual freedom to allocate space inside the car. Inside, the most striking feature of the electric Model S is its 17-inch color display—the largest ever fitted to an automobile—in the center stack, which shows output from apps specifically written for it. The sheer size of the display allows large, easily visible type sizes, and it also offers direct Internet connectivity via the car's built-in cellular modem.

The Model S has surprising on-road performance. It offers smooth, quiet, and remarkably quick acceleration, with a slight high-pitched whine from the electronics only under maximum power. With the weight of the battery mounted in the floorpan, as low as it can go, the Model S corners flat and predictably. Though heavy, the Model S has one of the lowest center-of-gravity measurements in the industry.

The first Model S sedans built offered relatively few of the electronic systems and gadgetry found in large German luxury sedans. Tesla spent the bulk of its development effort on the battery management system — as well as designing the complete car. So early examples did not offer adaptive cruise control, for instance, nor collision avoidance, lane-departure warning or correction, automatic parking, or any of the other complex electronic systems offered as pricey options among its competitors. That changed with a late-2014 update, however.

Competitors for the Model S have so far been indirect—mid-size and large sport sedans from German makers as well as various other plug-in electric cars like the Chevrolet Bolt EV, Nissan Leaf, and BMW i3. The German sedans would include the Audi A6, A7, and A8; the BMW 5-Series and 7-Series; and the Mercedes-Benz E-Class, S-Class, and much sleeker CLS.
Direct competition won't arrive until the 2021 model year or later, as high-end German makers are prioritizing crossover to all-electric sedans. One of the first low, sedan-like cars to arrive could be the Lucid Air, a model that's been developed under the leadership of the former chief engineer of the Model S.

Tesla has chosen not to use the industry-standard J-1772 charging socket used in every other plug-in car. Instead, it fits a single plug of its own design that will handle the car's built-in 10-kilowatt charging—some models come with a pair of 10-kw chargers, for a total of 20 kw—as well as fast charging delivered by the quickly-growing network of Tesla-only Supercharger (DC fast charge) stations located along major travel routes. The lowest-range Model S cannot be equipped with the second 10-kw charger, but the company provides a J-1772 adapter cord for all models so Model S owners can recharge at conventional public or private charging stations. Supercharging can add 200 miles of driving range in less than an hour, and the upcoming V3 version promises to be even faster.

That means the Model S offers not only the smooth, quiet power of electric drive but the simplicity and zero-emissions status of a battery electric car. For the P100D hot rod with the largest battery pack, Tesla quotes acceleration of 0 to 60 mph in less than three seconds, and a top speed of 150 mph.

Rate and Review your car for The Car Connection! Tell us your own ratings for a vehicle you own. Rate your car on Performance, Safety, Features and more.
Write a Review
2018 Tesla Model S 75D AWD

This is what the future car will be like

Still in love with my Tesla. I look for reasons to drive it. Still stops people in their tracks. Even people who never heard of Tesla will stop and tell me what a beautiful car it is.
people found this helpful.
Was this review helpful to you? Yes
2018 Tesla Model S 100D AWD

Was state of the art years ago - not anymore

Lets talk about a few:
- Best Security Feature missing: Head-Up-Display
- No Matrix-LED Headlights for best view all the time
- No Night-Vision-View at night with animal recognition
- No Apple Car Play (just because they don't like each other - Kindergarten)
- Buttons on the steering wheel and seats look cheap compared to other brands
- Was build for speed limit countries (max. 60 mph). It can go fast, but if you drive it with 130 mph they battery is dead in 100 miles and you have to wait an hour before you can continue. But not at same speed otherwise battery is dead even faster + More »
people found this helpful.
Was this review helpful to you? Yes
For 2018 Tesla Model S

The best car I have ever owned. It's fun to drive.

I am looking for improvements in distance between charges.
people found this helpful.
Was this review helpful to you? Yes
See More Reviews