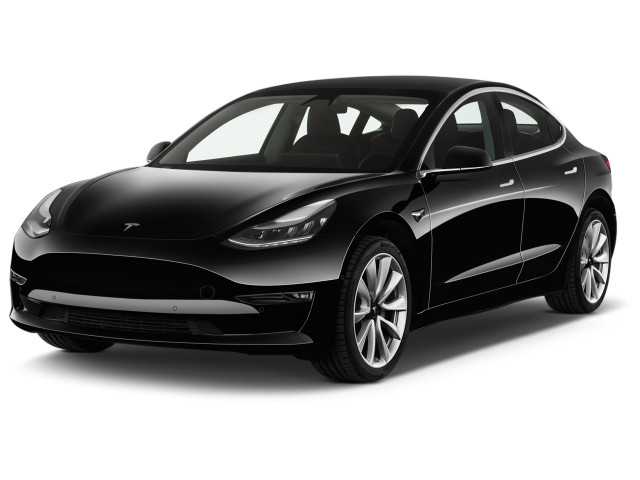 The Tesla Model 3 is a compact sedan from the all-electric automaker and its fourth vehicle following the Model S and Model X and a limited-production Roadster that launched the company.

The Model 3 went on sale in July 2017 to a handful of buyers—brand devotees and employees only—and Tesla admitted that delays in production had hampered its initial release. More cars have been made available, although quality concerns have surfaced with the early cars.

With the Model 3, Tesla has a relatively affordable electric sedan to compete against the Chevrolet Bolt EV, Nissan Leaf, and BMW i3. The high-end Model 3 has longer range than those competitors at more than 300 miles. A base version of the sedan with 250 miles of range costs about $40,000, before any applicable state incentives for electric vehicles.

All early Model 3s were the high-end version, which tops $50,000 with a full suite of options. All-wheel-drive and shorter-range versions of the Model 3 have since been launched.

The NHTSA says the current Tesla Model 3 earns five stars in every test it performs, and gets five stars overall in crash tests.

All Model 3s are assembled at the automaker's assembly plant in Fremont, California. Its batteries are manufactured at Tesla's Gigafactory near Reno, Nevada.

The small sedan largely follows the design direction that the Model S set before it. The Model 3 features the updated nose from its larger brother, and the automaker's flush-mounted door handles, but at nearly a foot shorter than the Model S, the Model 3 lacks the longer overhangs from the Model S.

Inside, the Model 3 eschews conventional gauges and dials for a 15.0-inch digital display placed in the center of the sedan to handle all tasks, including driver information. The Model 3 seats up to five adults and offers 15 cubic feet in the trunk for cargo.

According to Tesla, the Model 3 accelerates up to 60 mph in 5.1 or 5.6 seconds and skips the "Ludicrous" speed offered on the bigger Model S for now. It's likely that subsequent generations of the Model 3 offer increasing acceleration, bigger batteries, or all of the above.

Unlike the Model S, the Model 3 won't offer owners the chance to charge for free at Tesla's "Superchargers" scattered across the U.S. Instead, Model 3 owners will have to pay for charging at those stations. Tesla has said that charging the batteries up to 80 percent may take 40-50 minutes. On a 240-volt home charger, Tesla says that the Model 3 will charge at 30 miles per hour of charging.

Tesla offers a handful of options on the Model 3, including a "Full Self-Driving" suite of driver-assistance features, power-adjustable heated front seats, panoramic moonroof, and wood trim.

The Model 3 is built on a separate platform from the Model S and Model X, and is the basis for the Model Y crossover utility vehicle.

Rate and Review your car for The Car Connection! Tell us your own ratings for a vehicle you own. Rate your car on Performance, Safety, Features and more.
Write a Review
2018 Tesla Model 3 Long Range Battery RWD

What a sports car! And it sits 5 people!

Having owned almost 100 cars in the last 40 years, I believe this review has missed the mark.

I love my Model 3, the Car Connection review seems alien to me

It doesn't remind me of the review that I read in Car Connection in any way. I share my car broadly. I'm talking with people all the time about it they seem equally impressed with the attractive styling.

When I give them a chance to go for a test drive they report comfort in the back seat. The passenger perspective is consistently positive.

It confounds me how car connection can come up with such a poor score? The Model 3 is another step forward Electric vehicles. + More »
people found this helpful.
Was this review helpful to you? Yes