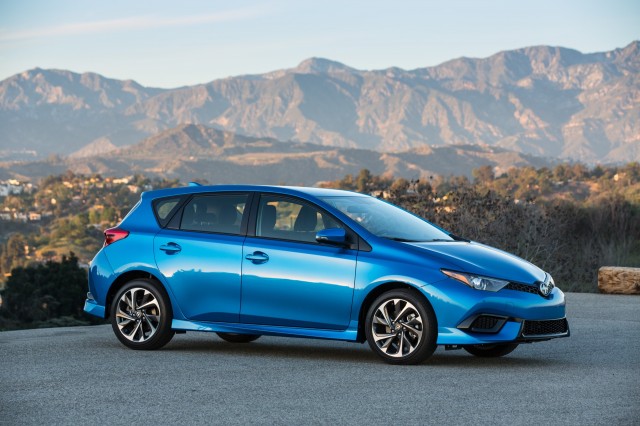 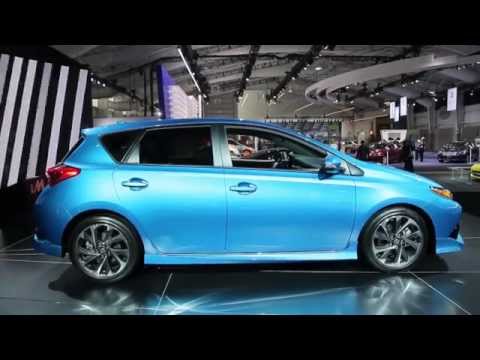 New for 2016, the Scion iM is a five-door hatchback with packaging quite closely matching that of the Mazda 3, Volkswagen Golf, and Ford Focus hatchbacks—as well as the Hyundai Elantra GT and others.

The iM is a repackaged version of the European-market Toyota Auris, a model that’s been around in its current form for a couple of years.

The iM aims to provide a more stylish, as well as sportier driving replacement for the Toyota Matrix. The iM will be folded into parent-company Toyota's lineup later this year when Scion shutters its doors after 13 years in the U.S.

While the Matrix essentially toed the line between sporty hatchback and utility-minded wagon/crossover, the iM definitely pulls to the performance-flavored, hot-hatchback side. At about 171 inches long, the iM's footprint is about the same size as the Matrix, but with a lower profile.

The iM is somewhat related to the current Toyota Corolla sedan as well, although it has a more sophisticated set of chassis components, including a rear multi-link (independent) suspension, stiffer anti-roll bars, enhanced chassis bracing, wide 17-inch wheels, and four-wheel disc brakes, plus additional noise- and vibration-damping measures.

What's in the engine bay carries over essentially from the Corolla, however. The iM has the same 137-horsepower, 1.8-liter four-cylinder engine, with variable valve lift and duration, that powers some of the current Corollas, along with a choice of a 6-speed manual or continuously variable automatic transmission (CVT). The CVT is the mileage leader of the lineup, with figures up to 30/37 mpg, city/highway; it also allows manual control of seven different preset ratios that can stand in for physical gears.

Inside, the iM has a relatively conventional layout for a modern, cost-conscious hatchback, with rear seatbacks that are split 60/40 and fold forward for a flat, expanded cargo space. There are plenty of smaller bins and cubbies within, and in front there are generously bolstered sport seats that look like an upgrade versus most cost-conscious compact hatches.

As has been the case with Scion models from the start, the iM is sold with a rich set of standard features, at a low price price point—with the The iM is anticipated to be introduced at a sub-$20,000 base price and will include dual-zone climate control, cruise control, keyless entry, heated mirrors, and a Pioneer 6-speaker audio system with touchscreen controls.

Upgrades on the iM include cargo accessories such as a pet carrier, as well as performance accessories to lower the suspension or add stiffer anti-roll bars, for instance. That’s in addition to a plethora of appearance extras that will be available form the dealer.

Rate and Review your car for The Car Connection! Tell us your own ratings for a vehicle you own. Rate your car on Performance, Safety, Features and more.
Write a Review
2016 Scion iM 5-Door HB CVT (Natl)