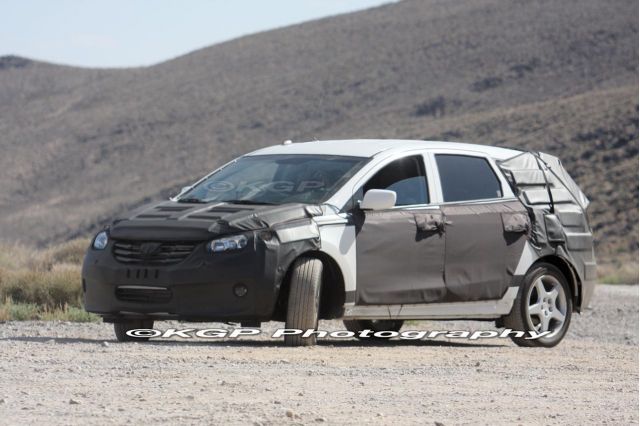 The Saturn Outlook was a large, passenger- and family-oriented crossover vehicle with three rows of seating for up to eight. It was one of the four GM ‘Lambda’ crossovers all introduced around the same time—otherwise including the Buick Enclave, GMC Acadia, and Chevrolet Traverse. The Outlook was only around for three model years—2007, 2008, and 2009—and competed, otherwise, against the Ford Taurus X (Freestyle), Chrysler Pacifica, and Toyota Highlander, among others.

A 270-horsepower, 3.6-liter V-6 engine powers the Outlook for 2007 and 2008. In 2009, minor changes boosted its output to 281 hp in the XE model or 288 hp in the uplevel XR. 2009 models also raised towing capability from 4,500 pounds up to 5,200 pounds. In all cases, it’s hooked up to a six-speed automatic transmission that has relatively smooth shifts but sluggish downshifts when extra power was needed for passing.

No matter which model year, the Outlook offered a smooth ride that was much better than most crossovers its size; it also handled precisely—although ‘nimble’ would not be the right term—and had a tight, very quiet interior. But the Outlook’s hefty curb weight meant that it didn’t feel as settled during sudden changes in direction or heavy braking.

Seating space in the Outlook is very impressive, and nearly as versatile as the interior layout of a minivan. Second- and third-row bench seats are standard, but with the Smart Slide option you get second-row captain’s chairs that can individually slide and flip forward for cargo ease, as well as easier access to the third row. Cargo space is a plus, too; altogether, the second and third rows can fold flat for a total of 117 cubic feet of space.

Some of the Outlook’s exterior design cues, judged as superior by some, were later used for a mid-cycle redesign of the GMC Acadia for 2013.

Rate and Review your car for The Car Connection! Tell us your own ratings for a vehicle you own. Rate your car on Performance, Safety, Features and more.
Write a Review
2008 Saturn Outlook AWD 4-Door XR

Yes, It has had a few issues - Leaking sunroof, transmission issues but for it's age it still runs and looks great. The electronic features are still up to date with most cars.
people found this helpful.
Was this review helpful to you? Yes