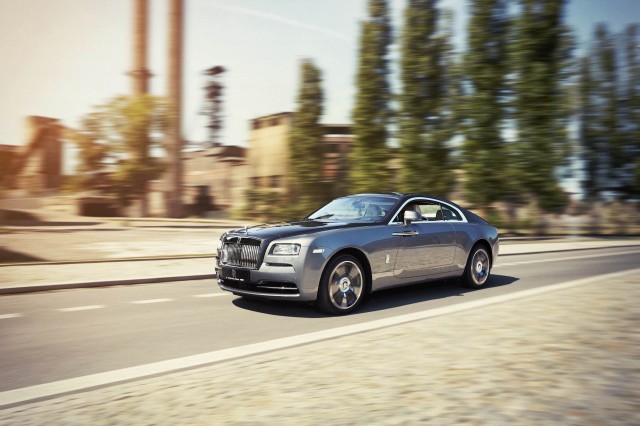 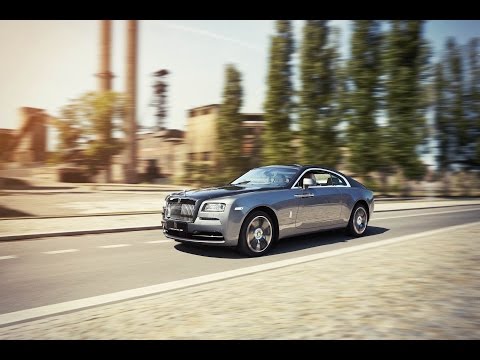 The Rolls-Royce Wraith is a two-door coupe that shares its heritage with Rolls' smaller Ghost sedan. It was launched for the 2014 model, and the Rolls-Royce Dawn convertible—or "drophead" in Rolls-Royce lingo—was added for 2016 on the same basic structure.

The Wraith is the most powerful car Rolls-Royce has ever built. The Dawn isn't quite as powerful, but it is the newest model from the esteemed British luxury marque. With its fastback design, the Wraith is much sleeker than the larger Phantom coupe but draws on many of the same design flourishes. The Dawn features a more traditional convertible coupe shape.

The shape and size of the Wraith and Dawn suggest they are competitors for the Bentley Continental GT, the car that really defined the ultra-luxury coupe and convertible market more than a decade ago. But suiting the Rolls-Royce marque, the Wraith and especially the Dawn are far more expensive, more powerful, and come with a host of features unavailable on the Bentley. More than the Dawn, the Wraith also carries a much more extroverted design than the Bentley, which may or may not be a plus for prospective buyers.

Rolls-Royce has moved away from its time-honored practice of specifying the power of its engines simply as "adequate," so we know that the Wraith's twin-turbocharged 6.6-liter V-12 engine produces a substantial 624 horsepower. The car—despite its 5,200-pound avoirdupois—is said to accelerate from 0 to 60 mph in no more than 4.4 seconds, a decent figure for such a large sports coupe, let alone a car with the degree of luxury and features provided by Britain's preeminent luxury brand. The Dawn makes "just" 563 horsepower, and the 0 to 60 mph run takes 4.9 seconds.

The mechanical bits for both cars include electronically controlled air suspension and an 8-speed automatic transmission that uses satellite data to choose the correct gear for the road ahead. Not that buyers are likely to mind, but fuel efficiency is rated at just 15 mpg combined for the Wraith and 14 mpg for the Dawn, and both prefer premium gasoline, thank you very much.

But it's the design—a traditional upright front combined with elegant fastback coupe and convertible coupe bodies—and the interior luxury that really set the Wraith and Dawn apart from any other road car not bearing a Spirit of Ecstasy up front. Cabin materials include the finest of soft, supple, rich leathers, carefully selected woods of various exotic species, and precisely machined metal details that add a modern edge to the traditional fixtures and fittings—including chrome knobs and switches of a heft and feel simply not found in any other car. The Wraith's piece de resistance may be the available Starlight Headliner, which uses fiber optics to mimic the night sky with more than 1,000 individual stars in a recognizable pattern. This feature appeared first on the larger Phantom line and has now become a Rolls-Royce signature offering. If you want to see stars in the Dawn, just open the roof at night.

Pricing for the Rolls-Royce Wraith starts in excess of $300,000 and the Dawn tops $330,000, though the lavish list of optional equipment ensures that most examples will exit the factory with considerably higher price tags. More importantly, if there's a feature or fitting you want that's not offered on the standard list, Rolls-Royce is happy to craft, design, and install it for you—at a price. And if you have to ask what that price may be, the Wraith is not the car for you.

For 2015, the Wraith received a long list of small tweaks to its standard and optional equipment list, as well as a few new customization options. Our favorite was the available leather boot lining, which would provide the perfect place to rest your equally supple (and assuredly expensive) leather luggage.

Changes to the Wraith for 2016 were inconsequential, and both cars carry over unchanged for 2017.

Be the first one to write a review on 2020 Rolls-Royce Wraith
Rate and Review your car for The Car Connection! Tell us your own ratings for a vehicle you own. Rate your car on Performance, Safety, Features and more.
Write a Review