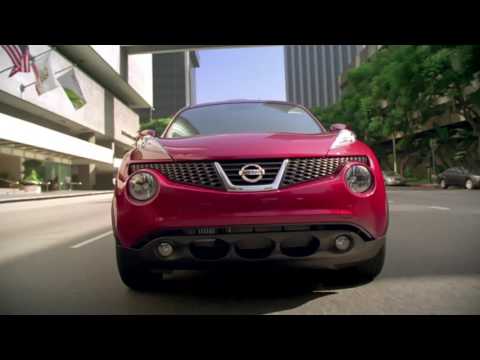 The Nissan Juke is a five-passenger crossover SUV with an especially quirky style that helps it sound out from its more conventional rivals.

Hidden behind its polarizing styling is a very sophisticated powertrain that combines a high-zoot turbocharged engine with a terrific all-wheel-drive system and a balanced chassis. It's a standout for many reasons, although there are a number of compromises as well.

A manual transmission is harder to find in the Juke this year than it has been in the past. For 2017, a special paint scheme dubbed "Black Pearl" was the most notable change from the prior year.

The Juke is due to be replaced in the 2018 model year by the new Nissan Kicks.

The Juke is available in S, SV, and SL trims, while the sportier NISMO variant is available in base and RS trims. All are offered in front- or all-wheel drive, but the only way to order one with a stick shift is to opt for a front-wheel drive NISMO or NISMO RS.

The Juke is a rival for vehicles such as the Kia Soul and Fiat 500L tall hatchbacks, the Mini Countryman, and probably the slightly larger Subaru XV Crosstrek hatchback. In the past year or so, however, the segment further expanded to include the Jeep Renegade, Fiat 500X, Chevy Trax, Mazda CX-3, and Honda HR-V. The Juke was one of the first to enter the segment, and its unique styling may help it against those more traditionally styled offerings, but competition is certainly increasing.

Despite a platform shared with the tall Cube and last-generation Sentra, the Juke is built to be a sporty car. The engine, a turbocharged 1.6-liter inline-4 may not always produce all the power that its 188-horsepower rating suggests—drivers have to learn to rev it—and it's far from quiet, but the acceleration is strong once you get there. We prefer the 6-speed manual to the continuously variable automatic transmission (CVT), even though the latter comes with simulated "gears" that you can click between. All-wheel drive is available, but comes only with the CVT.

For a relatively tall car, the Juke performs well, and all will agree that what it does provide is good handling, along with a sharp, athletic driving experience. On the road, we noticed that impact harshness can be an issue in the Juke over some surfaces, although our editorial team is mixed overall on how well the Juke rides.

Despite its underpinnings, the quirky, brash, bug-eyed Juke doesn't offer nearly the interior space of the Sentra or the bygone Cube. The Juke's size makes it a fun and interesting alternative to compact hatchbacks, but it doesn't have the packaging to back up its crossover-esque looks. Four adults can fit, but the cabin is somewhat narrow, rear leg room is tight, and there's limited head room in the rear because of the dipping roofline. The front seats could use some more support, and their placement up high blocks the view of rear-seat passengers. Those in back are at least treated to adjustable seat-back rake, which can alleviate some height issues, but it also eats into the Juke's modest 10.5 cubic feet of cargo room. That said, the Juke is more an urban fashion accessory than a utility vehicle.

For the 2011 and 2012 model years, the Juke was offered in three trim levels, with the base model including Bluetooth connectivity, an auxiliary audio jack, power accessories, keyless entry, and 17-inch wheels. Mid-range SV models added keyless ignition, satellite radio, a moonroof, and automatic climate control; while top-of-the-line Juke SL models got Rockford Fosgate audio, a USB port, and a small-screen navigation system.

A handful of minor changes arrived for the 2013 model year, but the hotter Juke Nismo took until 2014 before arriving. That Nissan Juke Nismo sports a 215-hp version of its turbocharged, direct-injected 1.6-liter 4-cylinder engine, along with an even more firmly tuned suspension to go with its specially developed torque-vectoring system. Nissan also added the slightly more aggressive Juke Nismo RS to take the little crossover another step into performance land with even more power.

The Juke received its first major update for the 2015 model year. The front and rear styling was revised, with LED accent lighting at both ends as well as new projector headlamps. Inside, the interior received a modest redesign, and Nissan added more standard equipment than before. All Jukes now include a rearview camera, keyless ignition, and the NissanConnect infotainment system, which is operated through a 5.0-inch touchscreen and offers Bluetooth, USB, and iPod connectivity. Jukes can also be customized through the dealer with the Juke Color Studio, which offers 12 accessories in eight different colors, allowing customers to make the interesting looking little crossover truly unique, or perhaps weirder looking. It's all in the eye of the beholder.

Nissan has made only one change of note for 2016 by adding Siri Eyes Free iPhone control to all models.

For 2017, Nissan made standard in SV and SL models heated seats and outside mirrors, and offered a special edition version with an all-black exterior with white trim pieces. Nissan limited the manual transmission's availability further to front-drive NISMO models only.

One serious downside that we—along with most other reviewers—have noticed is the Juke's surprising thirst. While EPA ratings land at 28 mpg city, 32 highway, 30 combined with the front-wheel-drive CVT model and 24/34/30 mpg with the manual gearbox (or 26/31/28 mpg with AWD), we haven't seen higher than about 24 mpg across a wide range of conditions. Turbocharged engines often do not do as well in the real world as they do under EPA test conditions, and that appears to be the case here.

Rate and Review your car for The Car Connection! Tell us your own ratings for a vehicle you own. Rate your car on Performance, Safety, Features and more.
Write a Review
2016 Nissan Juke 5-Door Wagon CVT S AWD

This is my 4th Nissan... If your looking for GREAT gas mileage,and a nice ride, this is what you want. It looks a little funny, but you will fall in love with it , just like I did. I know if I would have driven a Juke for my first Nissan, that would have

You can't get a better suv for the money, and get the GREAT gas mpg!!!!
people found this helpful.
Was this review helpful to you? Yes
2016 Nissan Juke 5-Door Wagon CVT SL FWD

I'm very excited about this car!!

I had been searching for the 'car, perfect for me' for over a year. I'm so happy I found the Juke, drove it and was patient with my decision! I made a wise choice for myself.
people found this helpful.
Was this review helpful to you? Yes
See More Reviews