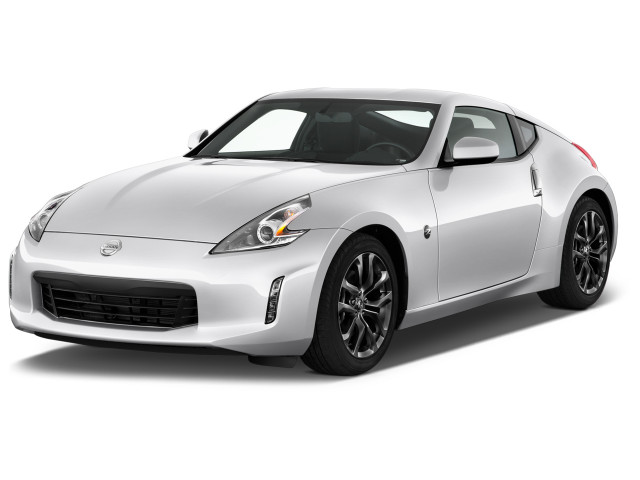 The Nissan 370Z is a two-seater, rear-wheel drive sports car that carries forward a legendary name that harks back to the Datsun era.

Currently available in both coupe and convertible forms, the Nissan 370Z provides sporty handling and styling at a relatively low price, a combination matched by few other cars on the market.

With the 370Z, Nissan has a rival for small lightweight coupes  such as the Subaru BRZ, Toyota 86, Mercedes-Benz SLC-Class, and Ford Mustang.

The 370Z, introduced in 2009, carried that rekindled Z-car enthusiasm forward. It brought a slightly larger, more powerful, 332-horsepower, 3.7-liter V-6 engine and a slightly shorter, lighter new body. While the exterior design of the 370Z is more futuristic and striking than the more classically proportioned yet modern 350 was, the cabin is where the bulk of the improvements over the previous Z-car came. Better materials, more modern and intricate design, and greater creature comfort helped transform the 370Z into the grand tourer the 350Z didn't quite manage to be.

Despite the improvement in accommodations, the 370Z didn't lose its performance edge, its slightly lighter weight helping to maintain agility, and the higher-output engine leading to impressive acceleration. An innovative automatic rev-matching solution for the 6-speed manual transmission bridged the gap between the convenience of a dual-clutch automatic and the purity and engagement of a traditional manual. Other manufacturers, including Porsche and Chevrolet, have followed suit with their own rev-matching manual transmissions. A 7-speed automatic transmission is also offered on today's Z, and it works surprisingly well for a conventional torque-converter unit.

The 370Z was offered only as a hatchback coupe at first, either with base performance or in the more track-oriented NISMO model. The latter features a 350-hp version of the 3.7-liter V-6, upgraded brakes, a stiffer suspension setup, and unique styling with a focus on aerodynamics. While it's definitely the quicker option, it loses some of the regular model's civility in the transformation to track attacker.

Nissan added a Z roadster back into the lineup for 2010. The convertible 370Z was intended from the start to look as good as its coupe sibling, unlike its odd-looking 350Z Roadster predecessor, which looked like the afterthought that it was. It uses a power-folding soft top, which can open or hide in 20 seconds. When the top is down, it sits below a hard tonneau cover that conceals it and its mechanism entirely.

A number of special editions and anniversary specials of the 370Z have been released as well, offering unique appearances and limited-edition status.

The 2013 Nissan 370Z carried forward largely unchanged from the previous model year, including Coupe, Roadster, and NISMO variants. The 2014 model year saw no major updates, though the price was cut by about $3,000 for the base model.

For 2015, the NISMO model gained a new automatic transmission—a first for the high-performance model—as well as slightly revised exterior styling. Packages and features were reworked for the 2015 model year across non-NISMO Coupe and Roadster variants, while Coupe models also received standard Bluetooth connectivity on all trim levels, upgraded audio, and standard navigation on the Touring trim level.

Coupes and convertibles are now available in Touring, Sport, and Sport Tech trim levels, the later two of which were new for 2015.

Pricing now places the 370Z roughly in the $30,000 to $45,000 range, putting the upper end of the range in competition with some more luxurious—but slightly less sporty—alternatives, in addition to its typical sports-car set.

The 2016 370Z saw several minor changes. The most important was a noise-canceling system fitted to the coupes in all but base form; it reduces the annoying booming that is transmitted throughout the hatchback-coupe body by canceling out some of the engine and tire drone.

For 2017, the 370Z added a bright yellow, dubbed Chicane Yellow, to the roster. In 2018, Nissan added slightly darker headlights and taillights, slightly reshaped rear bumper, and a Heritage Yellow option for base coupes. A rearview camera is standard on 2019 models–as it should be, since it's now mandatory car-safety equipment.

The Z car line has a lot of history behind it and has taken many forms over the years. Those first Z coupes were powered by inline-6 cylinder engines, but by the time Datsun had become Nissan and the Z had entered its third generation in 1984, the sports car had made the switch to V-6s. Those engines displaced either 2.0 or 3.0 liters, with the larger one later getting the twin-turbo treatment and making a very satisfying 300 hp in the 300ZX TT. That engine, as well as naturally aspirated versions, was used in the Z-car in North America right up until the line went out of production in 1996.

After seven years dormant, the Z returned in the form of the 350Z. Packing a 3.5-liter V-6 engine rated at 287 hp (eventually uprated to 306 hp by the end of the model run), the new 350Z was hailed as a bargain for the performance and handling it offered, bridging the gap between compact sports cars and more full-sized grand touring sports coupes, while starting at less than $30,000. During its six-year model run, the 350Z won awards and praise for bringing Nissan back to the performance-car fold.

Rate and Review your car for The Car Connection! Tell us your own ratings for a vehicle you own. Rate your car on Performance, Safety, Features and more.
Write a Review
For 2016 Nissan 370Z

Best vehicle for the price

its so good. though the mpg isnt that great. it is still decent
people found this helpful.
Was this review helpful to you? Yes
2016 Nissan 370Z 2-Door Coupe Automatic Sport Tech

Love it! Recommend to everyone!