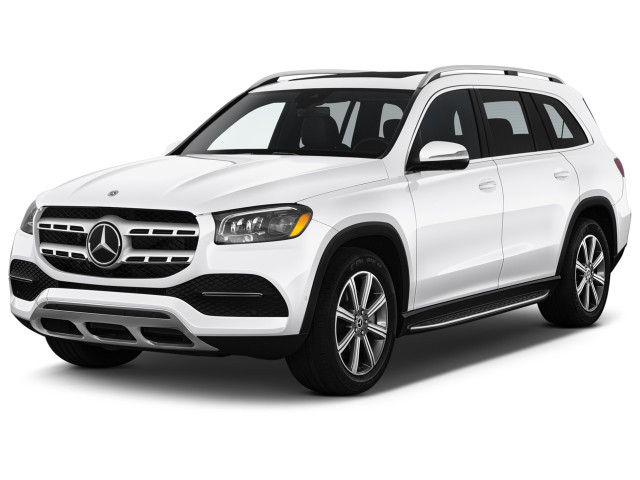 The Mercedes-Benz GLS-Class is a full-size luxury SUV, with three rows of seating and space for up to seven. It was a new nameplate introduced for the 2017 model year, but this big SUV is largely a continuation of the GL-Class model line.

With the GLS-Class, Mercedes-Benz has a rival for big luxury SUVs including the Lincoln Navigator, Audi Q7, Cadillac Escalade, and BMW X7.

A new edition of the GLS-Class emerged for the 2020 model year, with a winning blend of luxury and comfort—and a companion Maybach model in the offing.

With running gear shared with the GLE-Class, the GLS is once again built in Alabama. This time, though, it sports a wheelbase of 123.4 inches, and sits 205 inches long. It's a seven-seater in standard trim, but a second-row captain's-chairs option turns it into a decadent six-seater. Even in base trim it's plush, but with the Executive Rear Seat Package and its cooled and heated power second-row seats, it's positively sublime.

Base GLS SUVs come with a 362-horsepower turbo-6 twinned with a 48-volt electrical system that operates as a mild-hybrid mode to provide power or backup for accessories at a stop. A 483-hp, V-8-powered GLS580 is the upgrade; it comes with all-wheel drive as standard gear too, and an off-road package is an option.

The GLS has a standard air suspension for a supple ride, and the mild-hybrid setup permits an optional system to gauge the road ahead and adjust the suspension accordingly.

A new GLS63 AMG edition adopts twin-turbo V-8 power and charges ahead with either 550 hp or 577 hp, depending on whether it's an S model or not.

The GLS nameplate was adopted by Mercedes to replace the former GL-Class badge. As part of the translation from GL to GLS, the lineup got a mid-cycle refresh, with front-end styling that put it more in line with other recent model introductions. The grille was a bit larger and more upright, with larger air intakes in front, plus a more swept-back lower fascia and sculpted fenders.

Nine-speed automatic transmissions were introduced across the model line, while the adaptive air suspension that had been available became just a bit more oriented toward on-the-road performance—although there still was a serious off-road package that brought far more ground clearance and capability.

The GLS was a very large vehicle—more than 200 inches long, with a wheelbase of 121 inches—and wasn't all that maneuverable. But with seven-place seating—all spacious enough for adults—and towing capability up to 7,500 pounds, the GLS covered some of the same bases as vehicles like the Cadillac Escalade, Lincoln Navigator, and Lexus LX 570, yet with a little more finesse.

Interior accommodations for the first GLS-Class were entirely luxury-caliber. Upholsteries and trims were revisited and upgraded for 2017, and all three rows of seating could fit adults easily—although the third row was a little more difficult to get into and out of.

The GLS had a great reputation for safety, and while there weren’t any U.S. crash-test results, it included a rearview camera, seat belt pre-tensioners, and a full suite of airbags and stability controls.

Options included blind-spot monitors; active lane control that steered to keep the vehicle in its lane (hands on the wheel, though); and forward-collision alerts with automatic braking.

Be the first one to write a review on 2021 Mercedes-Benz GLS Class
Rate and Review your car for The Car Connection! Tell us your own ratings for a vehicle you own. Rate your car on Performance, Safety, Features and more.
Write a Review