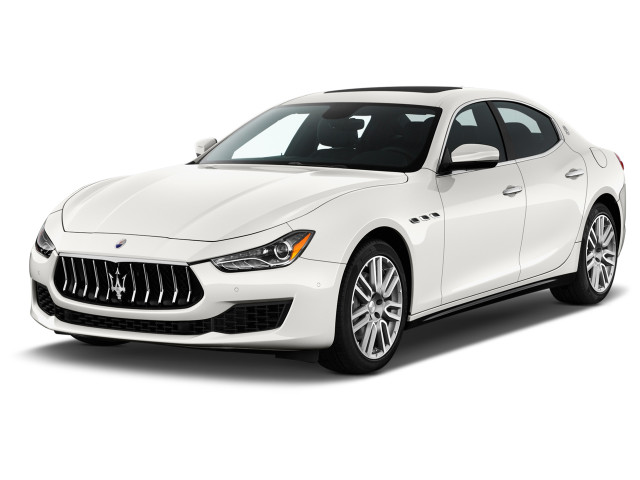 The Maserati Ghibli is a four-door, mid-size sedan from Italy. It was added for the 2014 model year in the U.S. and is related to the Quattroporte sedan.

Maserati's smaller sedan is a rival for vehicles such as the Jaguar XF, Audi A6/A7, BMW 6-Series Gran Coupe, and Cadillac CTS.

The Ghibli name may be new for some shoppers, but it's a relatively old name for Maserati. The word is derived from an Arabic term meaning "hot wind from the Sahara Desert." For 2017, the Ghibli adds more power and safety features into the lineup.

Maserati re-introduced the Ghibli nameplate to the U.S. market with a dramatic and cinematic Super Bowl ad. No longer a coupe, but a four-door sedan with a somewhat coupe-like profile, the new Ghibli has some ties to the past. Power, for example, comes from a twin-turbo V-6, though displacement has risen to 3.0 liters. The 410-horsepower output of some U.S. models makes it the strongest Ghibli to date. A rear-wheel-drive model is joined by an all-wheel-drive model, while an 8-speed, paddle-shifted automatic is standard.

Today's Ghibli has a lot in common with the larger Quattroporte sedan. The basic structure is shared, along with some powertrain components. The two also have similar styling—for example, the portals along the front fenders as well as the overall silhouette. The Ghibli's interior is luxurious but not overly styled, offering nice wood and leather from Poltrona Frau.

The Ghibli is 11 inches shorter than its Quattroporte cousin, offering five seats and a much tighter back seat. It's the entry-level Maserati, the smallest offered, but still includes much of the same equipment, design and overall passion of the other models in the range. Its similarity to the Quattroporte may help or hurt it, depending on whether buyers are looking for the best the brand has or the least-expensive Maserati.

High-tech features are also available, including audio by Bowers & Wilkins, an in-car wi-fi hot spot, a rearview camera, and a center touchscreen.

For 2017, the Ghibli's base V-6 engine adds 20 horsepower for a total of 350, increasing the top speed to 166 mph. The Ghibli also gets Luxury and Sport packages, the new Maserati Touch Plus infotainment system with Apple CarPlay and Android Auto, a standard air quality sensor, and several new safety features, including adaptive cruise control with stop-and-go, lane departure warnings, forward collision warnings with emergency braking, and a surround-view camera system.

Maserati's first Ghibli was a two-door grand touring car with a V-8 engine wrapped in styling by Giorgetto Giugiaro. It was small and low to the ground, with up to 350 hp for the SS model, which made it very popular among sports-car enthusiasts when it came out in 1967

In 1969, a convertible, or spider, was added to the Ghibli range, but by 1973 the Ghibli ceased production.

The name came back in 1992, this time on an angular, modern two-door coupe powered by a pair of small (2.0- and 2.8-liter) but potent twin-turbo V-6 engines. Known as the Ghibli II, this car was less popular and less successful than the original, with production lasting just five years. Nevertheless, the car saw several special editions produced, including a racing version, the Ghibli Cup. In its day, the 330-horsepower, 2.0-liter Cup claimed the specific-horsepower crown, beating out exotic supercars like the Jaguar XJ220 and Bugatti EB110.

Rate and Review your car for The Car Connection! Tell us your own ratings for a vehicle you own. Rate your car on Performance, Safety, Features and more.
Write a Review
2017 Maserati Ghibli S Q4 3.0L

The AWD sport package is fun to drive.
Meets or exceeds all expectations.
I can't find any downside nor why there are any negatives at all. + More »
people found this helpful.
Was this review helpful to you? Yes
2015 Maserati Ghibli 4-Door Sedan S Q4

The bottom line is The Ghibli Q4 is 50/50/50. Simply put the car is stunning to look at, very elegant/sporty inside and it flys on rails.

That's all :) + More »
people found this helpful.
Was this review helpful to you? Yes
For 2015 Maserati Ghibli

Gorgeous exterior.... Recurring problems with electronics and engine. Ughhh
people found this helpful.
Was this review helpful to you? Yes
See More Reviews