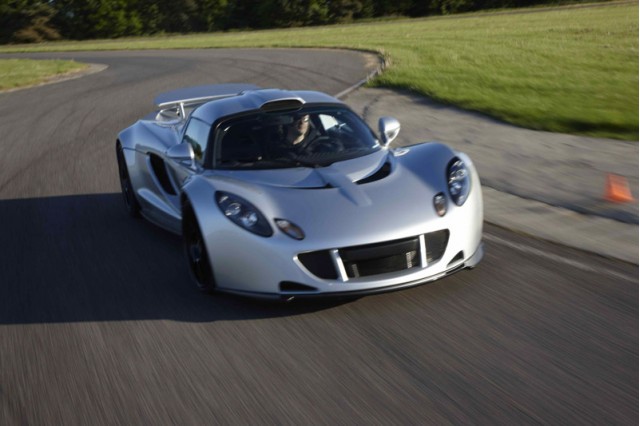 Though it lived a relatively long life elsewhere in the world, the phenomenal, aluminum-bodied Lotus Elise was only offered in America for a relatively short period.

First arriving as a mid-cycle second-generation, or Series 2, model, the Elise hit the U.S. market in 2005. Known internally as the 111R, or Federal Elise, the car was powered by a mid-mounted, Toyota-supplied, but Lotus-modified 1.8-liter four-cylinder engine rated at 189 horsepower. Despite the relatively diminutive power output, the Elise's scant 1,987-pound curb weight enabled brisk acceleration; 60 mph arrived from a standstill in just 4.9 seconds. A six-speed manual gearbox by Lotus handled gear changes.

In late 2005, for 2006-model Elises, Lotus upgraded the equipment package to include an optional limited-slip differential and tractional control. Other changes for the 2006 Elise included more seat padding, LED tail lights, and daytime running lights. An available Sport package was also available,

For the 2007 model year, the Elise gained small bumpers to help meet U.S. safety regulations, and in 2008, a supercharged Elise SC model was introduced. The Elise SC used the same 1.8-liter four-cylinder 2ZZ Toyota engine, but with the addition of a Magnuson supercharger, increasing output to 217 horsepower and cutting 0-60 mph times to just 4.4 seconds. The Elise SC's top speed was 150 mph.

The Elise continued largely unchanged in the U.S. through 2011, when the SC model was given a Final Edition version ahead of the end of sales in North America. U.S. sale of the Elise was stopped due to the expiration of an air bag exemption.

A similar, but more powerful and more expensive Lotus was sold alongside the Elise for most of its U.S. run: the Exige. This supercharged version added a wide array of handling and other performance enhancements, hot-rodding the Elise basics into a performance category closer to the super-sports car segment.

The Elise also ran under another guise: its chassis was used as the starting point for what would become the Tesla Roadster.

Rate and Review your car for The Car Connection! Tell us your own ratings for a vehicle you own. Rate your car on Performance, Safety, Features and more.
Write a Review
2006 Lotus Elise 2-Door Convertible

Handling has to be experienced to be believed. Nothing else with AC that you can drive on the street is close to being as responsive as the Elise. Makes the Boxter and Cayman feel numb.

At the track the Elise is down on power compared to some of the faster cars, but since I added an aftermarket supercharger I can run with the big dogs. While they are loading their cars onto trailers at the end of the day I drive home.

Getting in and out takes some practice before it becomes natural, but car is comfortable once inside. Noise level is high for longer trips, but noise cancelling headphones solve that problem easily. Trips from Houston to St. Louis, MO and Aspen, CO were no problem. Body damage can be expensive. Usually requires replacement of the front or rear clam. Part can be $6,000-$7,000 and take months to get. Damage to the suspension or frame will usually total the car. + More »
people found this helpful.
Was this review helpful to you? Yes