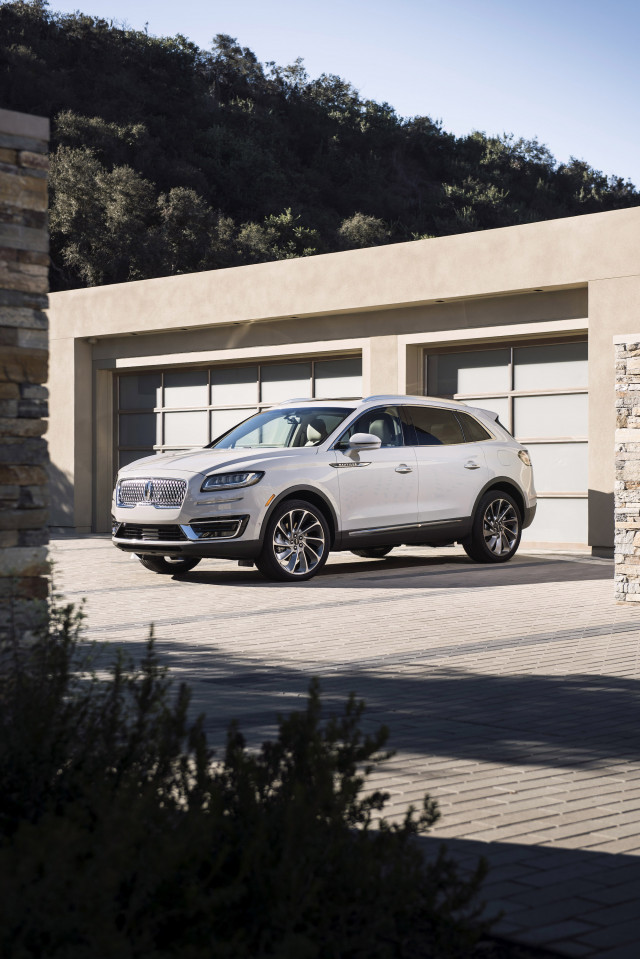 The Lincoln Nautilus is the luxury automaker's two-row, mid-size crossover that was new for 2019.

Although it's a new name for Lincoln, the Nautilus is a slight refresh of the automaker's old MKX crossover that was updated in 2016.

With the Nautilus, Lincoln has a rival for luxury crossovers such as the Lexus RX 350, Acura RDX and MDX, Cadillac SRX, Buick Enclave, and Volvo XC60.

The Lincoln Nautilus was launched in 2018 as a mild update to the MKX, which was retired.

The Nautilus sports an updated nose and grille, borrowed from the Navigator and Continental, to bring the crossover into the newly styled Lincoln into the fold.

Although the name is new, the interior and most of the Nautilus isn't. Its interior is mostly the same as the outgoing MKX and its interior capacities haven't changed.

Lincoln also retired the corporate base 3.7-liter V-6 in favor of a 2.0-liter turbo-4, which makes 245 horsepower. The uprated 2.7-liter turbocharged V-6 makes 335 hp and both engines are paired exclusively to 8-speed automatic transmissions. Front-wheel drive is standard on base models, and all-wheel drive is optional with the base engine, standard on the uprated engine.

On the tech front, Lincoln has added a 12.3-inch instrument cluster display, just like on the Continental and Navigator. A pair of 22-way front seats and up to a 19-speaker audio system, both borrowed from other Lincoln products, are both available. Active safety systems are newly available on the Nautilus, including adaptive cruise control, blind-spot monitors, and automatic emergency braking. Those systems have added functionality too: stop-and-go for traffic, and lane centering for the active lane control systems.

For 2020 Lincoln added a gesture-controlled power tailgate and dropped one version from the lineup.

The MKX was originally going to be called Aviator when it was initially released, a name that was available after the Ford Explorer-based Lincoln that used it was discontinued. Instead, the crossover got its three-character badge, as at the time Lincoln was transitioning to a letter-based naming scheme, having recently renamed the Zephyr the MKZ.

Aside from the different grille and trim, the MKX's similarities to the Edge were easy to see from the outside, but the Lincoln looked significantly different on the inside, with satin-nickel and wood trim as well as upgraded upholstery. The MKX was also significantly quieter, with more sound-deadening material and an acoustic windshield.

The MKX had an amazing feature set, even when compared against the segment benchmark, the Lexus RX 350. In a single trim, the MKX came with standard perforated leather heated-and-cooled seats, dual-zone automatic climate control, and rear park assist, among many other features. Options (some of them in packages) include heated rear seats, DVD entertainment, adaptive headlights, and a power liftgate. An EasyFold remote seat-folding feature was offered, and the MKX is also available with the long Vista Roof, as offered in the closely related Ford Edge. All MKX models had two rows of seating and decent space for five adults, though cargo space wasn't quite as ample as in some other crossover models.

Power was provided by the same V-6 engine as in the Edge, with a 6-speed automatic transmission and a choice of either front- or all-wheel drive. The driving experience wasn't very sporty,  but the MKX handled quite well for such a heavy vehicle. Ride quality was as well—firm enough to yield good driver control but not so soft as to be bouncy and wallowy, like many Lincolns of the past.

Ford's Sync system, which permits voice-activated interfacing with cellphones, media players, the navigation system, radio, and other devices, became available in 2008. It was standard on the second-generation MKX, which arrived for the 2011 model year with refined styling inside and out, and slightly better performance from a retuned suspension.

Rate and Review your car for The Car Connection! Tell us your own ratings for a vehicle you own. Rate your car on Performance, Safety, Features and more.
Write a Review
2019 Lincoln Nautilus Reserve AWD

People are excited for this! Genuinely