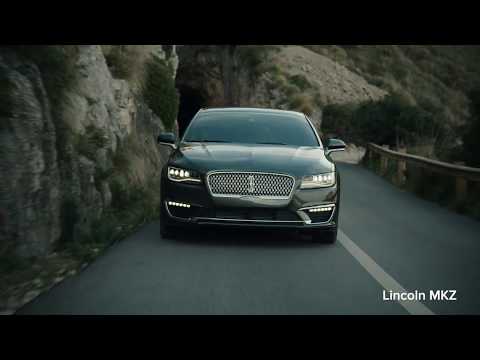 The Lincoln MKZ is a mid-size premium sedan with seating for five. With the MKZ, Lincoln has a rival for vehicles like the Acura TLX, Volvo S60, Buick LaCrosse, and Lexus ES.

The MKZ name was introduced in 2007, after essentially the same vehicle appeared for the 2006 model year as the Lincoln Zephyr—which had replaced the rear-drive Lincoln LS sedan in the luxury brand's portfolio.

The entry-level MKZ received a dramatic redesign for 2013 further separating it from the mid-size four-door Ford Fusion on which it is based. For 2017, Lincoln reshuffled the MKZ's features and trim levels, adding a Black Label "membership experience" at the very top, and both restyled the front end and provided a new and more powerful twin-turbo V-6 engine that develops 400 horsepower when paired with all-wheel drive. For 2019, the Black Label was dropped but automatic emergency braking was made standard.

Ford plans to phase out the related Fusion sedan after the 2020 model year and it's possible this will spell the end for the MKZ.

The 2017 MKZ model adopts a number of design cues from Lincoln's new Continental sedan flagship. The twin-wing grille used for nearly a decade has been axed in favor of a rounder mesh grille with a more ubiquitous look. The cabin keeps its push-button drive selector, but thankfully drops the last of its swipe-activated volume and fan controls in favor of conventional dials and levers.

The big news is under the hood, where the 2017 MKZ gets its own top-of-the-line powertrain, one not shared with any Ford. It's a 3.0-liter twin-turbocharged V-6 engine, making 400 horsepower and 400 pound-feet of torque with all-wheel drive, or 350 hp and 400 lb-ft in front-wheel-drive form. The AWD version of this powertrain is offered with an optional Driver’s Package that includes torque vectoring, sport-tuned suspension, and 19-inch alloy wheels with low-profile tires, as well as tossing in multi-contour seats, carbon fiber appliques, and aluminum pedal covers.

As before, the base engine is a 245-hp, 2.0-liter turbo-4, with front-wheel drive standard and all-wheel drive as an option. The MKZ Hybrid also carries over, though it doesn't offer the AWD option. The MKZ has one of the widest ranges of EPA fuel-economy ratings of any car we know, with the powerful new 400-hp twin-turbo AWD model rated at 20 mpg combined, and the 2017 MKZ Hybrid coming in at exactly twice that, or 40 mpg combined.

The MKZ started life as the Zephyr, which was a very thinly veiled version of the Ford Fusion and Mercury Milan twins, adding just a touch more luxury inside and enough design modifications to differentiate it from the other models. Though it did not offer an entry-level 4-cylinder powertrain like the Mercury and Ford, the Zephyr did use the 3.0-liter V-6 those cars shared, including it as standard equipment. While the exteriors of all three cars were very similar, Lincoln went its own direction with interior design; the brand's two-binnacle dash layout was used, leaning on themes that originated in Lincoln models of the 1960s.

For 2007, the Zephyr was renamed MKZ, carrying over the same mechanicals and chassis until 2009. The 2007 model year also brought with it an upgraded engine, with a 3.5-liter V-6 making 265 hp replacing the original 3.0-liter; the MKZ was also offered with optional all-wheel drive. This was the start of Lincoln's renaming spree, which has now touched everything but the Navigator SUV. The naming scheme was supposed to recall the older "Mark" cars, with pronunciation to match, but Lincoln soon gave up on that fight and reverted to saying each letter individually.

The MKZ got a heavily revised interior with improvements to its materials and sound quality for the 2010 model year. The excellent new interior and subtle changes elsewhere sharpened its luxury focus, but the MKZ still couldn't match European sport sedans like the BMW 3-Series and Mercedes-Benz C-Class for crisp driving responses. It still was more a luxury touring sedan along the lines of the Lexus ES 350 and Volvo S60 and Buick LaCrosse. The big back-seat room was an MKZ selling point, and so was the raft of interior goodies like Ford's SYNC entertainment controller and THX surround sound.

For 2011, the Lincoln MKZ added a Hybrid model to its lineup. Mechanically similar to the Ford Fusion Hybrid, the gas-electric Lincoln sedan posted fuel-economy numbers as high as 41 mpg, and allowed electric-only operation up to 47 mph. The sedan had gauges that helped teach efficient driving, using flowers as a clean-driving metaphor. It also offered standard SYNC and 10-way power front seats with heating and ventilation, putting it at the upper end of the MKZ range.

For the 2013 model year, the MKZ received a complete redesign, adopting a new architecture that again is shared with the Ford Fusion, but distancing itself even more strongly from that sedan with distinctive styling and features.

The new MKZ arrived in mid-2012 with a trio of powertrains that include a base 2.0-liter turbo-4 with 240 hp, offered with front- or all-wheel drive, and good for up to 33 mpg highway; a front-drive hybrid model that was rated at 38 mpg combined; and a V-6 with 300 hp, front- or all-wheel drive, and gas mileage of up to 26 mpg highway. New features included a push-button transmission; updated MyLincoln Touch voice and touchscreen controls; and an optional huge retractable glass roof with a single, 15-square-foot panel, the largest in the industry.

Over time, fuel-economy ratings of the Hybrid model were changed to reflect real-world disappointment with gas mileage. While nothing changed mechanically on that model, Ford was forced to adjust its fuel-economy ratings from 45 mpg city, 45 highway, 45 combined to 38/37/38 mpg as a result of complaints from buyers who were unable to achieve the lofty numbers. Ford also adjusted the numbers for several other hybrid models at the time, citing errors in initial calculations, and offered cash payments to owners based on how much they'd driven their cars up to that point.

As part of its attempt to remain relevant in the American luxury market, Lincoln launched a Black Label program that was first applied to MKC crossover and MKZ sedan models. For an extra $5,995, buyers got a "curated" palette of colors and trim options, using finer materials and offered in a handful of design themes, as well as a host of special extras, including in-home ordering and an annual detail of their vehicle.

Rate and Review your car for The Car Connection! Tell us your own ratings for a vehicle you own. Rate your car on Performance, Safety, Features and more.
Write a Review
2018 Lincoln MKZ Premiere AWD

Hard to disguise Fusion roots but other than luxury items you pay dearly for I would take the Fusion over this every time.
people found this helpful.
Was this review helpful to you? Yes
2015 Lincoln MKZ 4-Door Sedan Hybrid FWD

What a Great car with Great gas mileage

This is really a nice car. I must admit the high-tech council was a little intimidating at first but once I looked at like a computer it really wasn't all that bad.

Now, I just sit back and enjoy the ride. I hope this review helps others to attain greater gas mileage.
+ More »
people found this helpful.
Was this review helpful to you? Yes
2015 Lincoln MKZ 4-Door Sedan FWD

Nice car but has numerous electrical problems that Ford/Lincoln refuse to fix.

To see more on You Tube: http://youtu.be/KjvIwiBa8V0

+ More »
people found this helpful.
Was this review helpful to you? Yes
See More Reviews