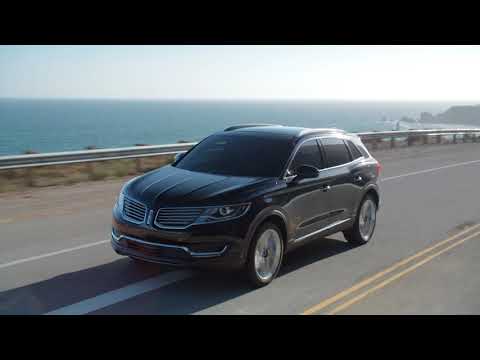 The Lincoln MKX is a five-seat crossover SUV that occupied the middle slot in the luxury brand's utility-vehicle lineup. It sits between the compact MKC crossover and the three-row MKT and Navigator SUVs.

The automaker shelved the MKX name for 2019 and rebranded the crossover as the Lincoln Nautilus.

The MKX was new for the 2016 model year and largely carried over into 2018. It's based on the latest Ford Edge running gear, but with its own styling, drivetrain choices, and and a new mission to pull Lincoln buyers higher up the price spectrum.

With prices starting just below $40,000 but approaching $70,000 in fully outfitted versions, the MKX is likely to be cross-shopped against crossovers like the Lexus RX 350, Acura RDX and MDX, Cadillac SRX, Buick Enclave, and Volvo XC60.

For 2016, the MKX was completely restyled with handsome lines borrowed from the smaller MKC crossover. The latest MKX has a design meant to appeal to upper-class suburbanites who need all-weather usability in a roomy, comfortable car. The feeling is much more dynamic overall, with the somewhat stodgy air of the last model now completely washed away. Interior quality is improved as well, and the cabin design is much more interesting, although there are a lot of different surface treatments competing for the eye's attention. The new model offers 22-way power seats and available Black Label trim, which is Lincoln's top trim designation.

The engine menu was reworked, with base models coming with a 300-horsepower, 3.7-liter V-6, and the new 2.7-liter twin-turbo V-6 engine an available and worthwhile upgrade. Front-wheel drive is standard, with all-wheel drive an option, and the new MKX offers adaptive shocks and sport driving modes that give it a sharper flavor than the previous model.

Features include lots of touches unavailable on the similar Ford Edge. There's a surround-view camera system, a set of premium interior themes with coordinating leather and wood trims, and a panoramic sunroof.

Revel is now Lincoln's top-of-the-line audio partner beginning with the new MKX. The partnership also means an end to the deal Lincoln had with THX sound in the past.

The MKX was carried over with only minor changes for the 2017 and 2018 model years. The name was discontinued for 2019.

The MKX was originally going to be called Aviator, a name that was available after the Ford Explorer-based Lincoln that used it was discontinued. Instead, the crossover got its current three-character badge, as at the time Lincoln was transitioning to a letter-based naming scheme, having recently renamed the Zephyr the MKZ.

Aside from the different grille and trim, the MKX's similarities to the Edge are easy to see from the outside, but the Lincoln looks significantly different on the inside, with satin-nickel and wood trim as well as upgraded upholstery. The MKX is also significantly quieter, with more sound-deadening material and an acoustic windshield.

The MKZ has an amazing feature set, even when compared against the segment benchmark, the Lexus RX 350. In a single trim, the MKX comes with standard perforated leather heated-and-cooled seats, dual-zone automatic climate control, and rear park assist, among many other features. Options (some of them in packages) include heated rear seats, DVD entertainment, adaptive headlamps, and a power liftgate. An EasyFold remote seat-folding feature is also on offer, and the MKX is also available with the long Vista Roof, as offered in the closely related Ford Edge. All MKX models have two rows of seating and decent space for five adults, though cargo space isn't quite as ample as in some other crossover models.

Power is provided by the same V-6 engine as in the Edge, with a 6-speed automatic transmission and a choice of either front- or all-wheel drive. The driving experience isn't very sporty,  but the MKX handles quite well for such a heavy vehicle. Ride quality is excellent as well—firm enough to yield good driver control but not so soft as to be bouncy and wallowy like many Lincolns of the past. The MKX doesn't offer the turbocharged 4-cylinder that's new to the Edge, though, and fuel economy is a bit above average, at 19/26 mpg in front-drive form, 17/23 mpg with all-wheel drive.

Ford's Sync system, which permits voice-activated interfacing with cellphones, media players, the navigation system, radio, and other devices, became available in 2008. It was standard on the second-generation MKX, which arrived for the 2011 model year with refined styling inside and out, and slightly better performance from a retuned suspension. This MKZ also made use of Ford's then-new 305-hp, 3.7-liter V-6, a version of which is also used in the Mustang among other vehicles.

Also standard: A newly designed instrument panel featuring the all-new MyLincoln Touch touchscreen, which integrates voice controls, navigation and sound system functions, and personal phones and audio devices, as well as in-car wireless internet, using Ford's Sync interface. MyFord Touch proved to be unduly complex for those wanting a traditional luxury vehicle, although the system was a bit more straightforward in this iteration.

Both the vehicle and the interface got a cosmetic refresh for 2013, while the 2014 MKX was essentially carried over unchanged. The 2015 model year brought no real changes.

Rate and Review your car for The Car Connection! Tell us your own ratings for a vehicle you own. Rate your car on Performance, Safety, Features and more.
Write a Review
2016 Lincoln MKX AWD 4-Door Reserve

Tried them all and kept coming back...

I don't see how they could have improved it more!!!