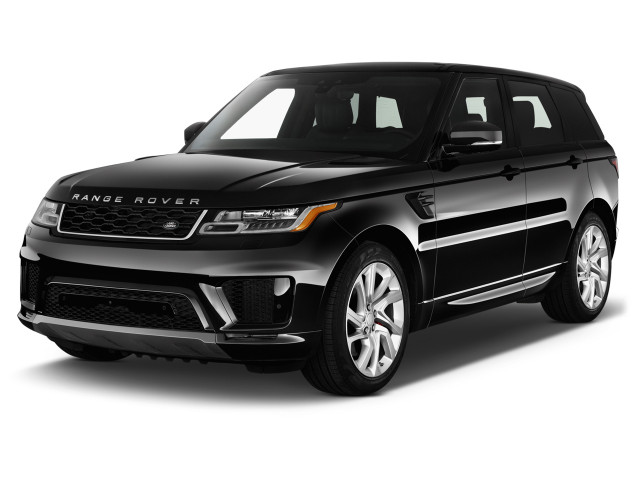 With the Range Rover Sport, Land Rover has a perennial powerhouse that competes head to head with others such as the Mercedes-Benz GLE Class, Porsche Cayenne, Audi Q7, BMW X5 and others.

There were big changes for the 2020 model year, including a new inline-6 mild-hybrid powertrain that replaced a supercharged V-6. A new plug-in hybrid version of the Range Rover Sport arrived in 2020, complete with a turbo-4 engine and 13.1-kwh lithium ion battery that can power the SUV for up to 30 miles on a single charge.

The latest Range Rover Sport arrived for the 2014 model year and has seen updates every year since. It shares its architecture with the bigger Range Rover, which was itself new in 2013. Both models now use aluminum extensively in their construction. As such, the Sport also achieves major weight loss with the resulting performance upgrade.

For the first time, the Sport offers a V-6 engine as its base powertrain; the 90-degree V-6 is supercharged, and with help from a smooth ZF 8-speed automatic it can rip a 0-60 mph trip in less than seven seconds. The related supercharged V-8 spits out 510 hp in standard models and makes a glorious noise while running to 60 in under five seconds.

The new Sport's ride/handling blend tilts firmly to sport. Its air dampers and variable-ratio steering quicken up the utility's responses compared to the bigger Range Rover, and the V-8's Dynamic setting dials out much of the innate lean and scrub dictated by its height and weight. It's much closer now to the benchmarks set by the uber-utes from Germany. At the same time, it's an incredibly capable muckraker, with either the base Torsen four-wheel-drive setup, or the more advanced dual-range system, with its active rear locking differential. With more ground clearance than ever, the Sport can extract itself from almost anything the bigger Range Rover can, and its slight size advantage might let it squeeze through where the executive-class model can't.

The 2015 model year brought the craziest Range Rover Sport yet—the Range Rover Sport SVR. It's the first SVR model in the Range Rover lineup, and the first volume-model effort from Jaguar Land Rover's new Special Vehicle Operations group. Power comes from a high-output version of the company's supercharged 5.0-liter V-8, here putting out 550 horsepower and 502 pound-feet of torque. The SVR is good for a 0-to-60-mph run of 4.5 seconds, going on to a top speed of 162 mph. Those are indeed serious numbers for an SUV, and indeed for vehicles half its size.

The arrival of this speed-freak Rover Sport suggests that there will be additional SVR Rovers in the future; the Evoque is a likely candidate, especially since Land Rover has already managed to extract some extra power from its turbo-4.

Aside from the addition of the SVR model, there were few changes for the 2015 Range Rover Sport. Blind-spot monitors gained closing vehicle sensing and reverse traffic detection, and the puddle lamps were upgraded to project a silhouette of the vehicle, instead of an outline of the Range Rover Sport logo, when you approach. Land Rover's InControl suite of smartphone connectivity apps was made available.

For 2016, Land Rover offered a Range Rover Sport with a diesel engine in the U.S. for the first time. The Td6 uses a 3.0-liter turbodiesel V-6 engine that makes 254 hp and 440 lb-ft of torque. Highway mileage tops out at 29 mpg. A new HST Limited Edition model was added in 2016, straddling the gap between the supercharged V-6 and supercharged V-8 models. It got a 380-hp version of the V-6, unique chassis tuning, and some special design touches, borrowing some visual cues from the recently added SVR model.

In 2018, Land Rover added dual 10-inch touchscreens for infotainment and vehicle functions dubbed Touch Pro Duo in addition to mild styling changes inside and out. In 2019, it added Apple CarPlay and Android Auto capability, and its advanced safety features grew a bit smarter, with functions such as stop-and-go capability in its adaptive cruise control. It also gained a plug-in hybrid model.

The Range Rover Sport was conceived to appeal to buyers of less traditional 'utes—it shares the Range Rover tag, but its styling is considerably less constrained. The look is based on a concept, the Range Stormer, that came in two-door form to the 2004 North American International Auto Show in Detroit. In the process of becoming a "junior" Range Rover suitable for production, the concept grew a pair of rear door, but kept the performance intent that makes it a competitor for the likes of the BMW X5 and X6, as well as the sporty Porsche Cayenne.

The Range Rover Sport first came to America as a 2006 model, slotted just beneath the tried and true Range Rover in the brand lineup, distinct from the LR3 and LR2 "family" Rovers. Outfitted with either a naturally-aspirated 4.4-liter V-8 engine (which had its roots at BMW, which sold Land Rover to Ford) or a supercharged 4.2-liter V-8 that was shared with the Jaguar XF and XJ for a time. Both versions offered a 6-speed automatic transmission and a sophisticated off-road-worthy suspension with standard all-wheel drive. The "Terrain Response" system allowed drivers to select a four-wheel-drive mode based on conditions like snow, sand, or pavement, and tailored the Sport's traction and stability control to match. Elsewhere, the Sport brought touchscreen controls to the Land Rover tradition, with a big LCD screen incorporating navigation, climate and audio functions.

During the next three model years, the Range Rover Sport would change very little, as Ford sold the brand to Tata and as it was combined into a business unit with Jaguar. In 2010, however, Land Rover had completed work on an updated Range Rover Sport. The centerpiece to the model was a 5.0-liter V-8, offered in both normally aspirated and supercharged form. With the new powerplants, this Sport offered either 375 hp or a stunning 510 hp, enough to hurtle the truck from 0 to 60 mph in less than 6 seconds. The automatic transmission received updates to handle the power, and the suspension's electronic controls were reprogrammed for quicker responses. Fuel economy was poor, at 12/17 mpg for the fastest Sport, but handling was as sharp as many luxury sedans—the equal of BMW's fine-handling X6—and off-road capability was as strong as necessary in such an expensive, attractive vehicle.

Rate and Review your car for The Car Connection! Tell us your own ratings for a vehicle you own. Rate your car on Performance, Safety, Features and more.
Write a Review
2018 Land Rover Range Rover Sport V8 Supercharged Automaticbiography

What a great vehicle!

I have owned Mercedes, BMW, Porsche, and GMC in various models over the years. Included are Range Rover Sports in model years 2006, 2010, 2013; a 2016 Range Rover Discovery Sport; and a larger 2015 Range Rover. So, I think I have a fairly good basis of experience with the Land Rover brand.

First, Ford’s brief ownership of Jaguar/Land Rover was a period of neglect and bad ownership experiences. Fortunately, Ford’s sale of the brands and Ta-Ta Motors’ commitment with its deep pockets have made these brands outstanding, in my opinion. Specifically, my experiences with the Land Rovers I’ve owned have been outstanding.

Admittedly, I am not an “off-roader”, but routine maintenance and higher fuel costs with these Land Rovers (expensive after warranty ends) have been my only expenses thus far.

After 5 rrsports this rr svr is the ultimate I can not see how they can make it BETTER.
people found this helpful.
Was this review helpful to you? Yes
See More Reviews