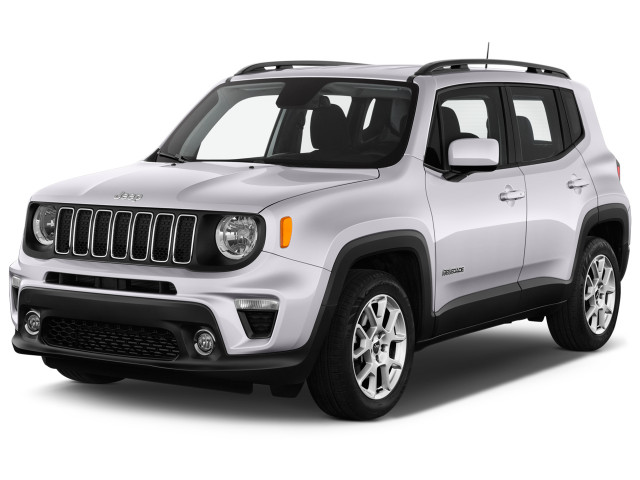 The Jeep Renegade is a compact crossover SUV and the smallest Jeep produced since World War II.

It's built alongside the Fiat 500X in Melfi, Italy, but the Jeep adds more off-road hardware and a retro-cool look compared to the smoother Fiat.

With the Renegade, Jeep joins an increasingly crowded market of small and carlike, yet tall and often boxy utility vehicles—such as the Subaru Crosstrek, Honda HR-V, and the Chevy Trailblazer. Like a Jeep should, the Renegade prioritizes off-road capability more than the others.

The Renegade throws out both the very creased, angular look of products like the Patriot and Liberty and the somewhat softer look of the Compass, Grand Cherokee, and new Cherokee. Instead it strikes up a new look that is chunky and rugged-looking, yet sophisticated and just a little playful. With its blunt slotted grille and somewhat upright windshield, the Renegade nods to Jeep tradition; its curved rear flanks and its low beltline are anything but traditional.

Inside, the Renegade is less radical in its design statement. It's a subtle look, but one that's finished with plenty of soft-touch materials around the front seats, plus some body-color details.

With an overall length of 167 inches, the Renegade is slightly longer than a Wrangler, but over a half-foot shorter than the Compass.

An upright seating position in front, combined with the rather low beltline, adds up to great visibility, and back-seat space is adequate for a couple of adults. Cargo space is 18.5 cubic feet with the rear seatback up, or nearly 51 cubic feet with it flipped forward. The Renegade offers a rollback cloth roof that can be opened or removed entirely.

Renegades are powered by a choice of two engines. A 177-hp, turbo 1.3-liter inline-4 is our pick for power, while the 180-hp 2.4-liter is fair. Both pair to a 9-speed automatic that suffers from poor shift quality. The Renegade features an independent rear suspension with frequency-selective shocks from Koni, which provide a good balance of handling and ride. There's even a feature to help the anti-lock brakes detect rough roads so they can react accordingly.

Off-road ability is the selling point on a lot of Jeep vehicles, and the Renegade holds true to the reputation in a way that might be unexpected. You can even order a Renegade with sufficient equipment to carry off-road ability Jeep deems worthy of its Trail Rated badge—the Trailhawk model comes with the so-called "Active Drive 2" system, which adds a low range, a 20:1 crawl ratio, skid plates, increased ground clearance, and hill descent control, among other things. Meanwhile, there's also an Active Drive 1 for those who simply want an all-weather all-wheel-drive system. Front-drive is the standard layout.

Renegades also offer the latest from Chrysler's infotainment options. The infotainment system can read incoming text messages aloud and even send dictated messages. The service is integrated with Sirius Travel Link, which provides weather, traffic, and other info. There's also integration with smartphone apps and services like Yelp.

The Renegade went on sale in early 2015, and few changes were made for the 2016 model year. For 2017, standard keyless ignition and available high-intensity discharge headlights arrived slightly after the start of the model year. The Latitude trim got a 7.0-inch touchscreen as part of the Uconnect package, the top-level Limited added keyless entry, and automatic high beams became a new option.

For 2017, the Renegade saw some minor trim shuffling and new HID headlights after hitting the market as a new model in 2016.

Rate and Review your car for The Car Connection! Tell us your own ratings for a vehicle you own. Rate your car on Performance, Safety, Features and more.
Write a Review
2018 Jeep Renegade Latitude 4x4

We have just got one and we love it.the seats are comfortable and not all hard.runs excellent.the stereo is great.nothinh we dont like about it.the 4x4 is also very easy to use.
people found this helpful.
Was this review helpful to you? Yes
2016 Jeep Renegade FWD 4-Door Latitude

very easy to get in and out.

I have the 9 speed auto, with the power seats. My Wife & I both like the car very much, as it is easy to get in & out, this is important as we are both older than 75.
people found this helpful.
Was this review helpful to you? Yes
2016 Jeep Renegade 4WD 4-Door Sport