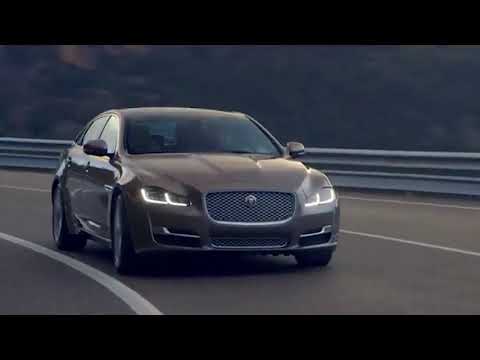 The Jaguar XJ is the luxury automaker's full-size sedan and the figurative top of its lineup—although the new I-Pace electric wagon may be the actual leader.

Its advanced body is constructed of aluminum, which makes it a relative lightweight in its class. Since its debut in 2011, it's been one of the more striking vehicles in its class.

With the XJ, Jaguar has a full-size luxury sedan that competes with big names: Audi A8, BMW 7-Series, and Mercedes-Benz S-Class. Those sedans are loaded with tech that the XJ doesn't have, so the Jag is left to trade largely on its looks.

For 2018, the XJ lineup finally offers Apple CarPlay and Android Auto compatibility as an option.

The XJ added some new safety features for 2018, including forward collision warnings with automatic emergency braking, lane-departure warnings with active lane control, and a driver drowsiness monitor. Jaguar’s All-Surface Progress Control system, which uses the traction control to help the car pull away on low-friction surfaces, becomes available on the XJ as well. Inside, it gets a new 10-inch center touchscreen in place of an 8.0-inch screen and in-car wi-fi.

With the fundamentals in place, Jaguar set out on a radical path for the fourth-generation XJ, which debuted for 2011. Ditching the formal look, the newest four-door looks utterly modern, from its rakish front end to the sexy kicked-up tail. The cabin wears lots of gloss piano-black trim, leather, wood and chrome—and though it sacrifices some space for the roofline, it's still a usefully roomy sedan.

Rakish front styling aside, the Jaguar XJ's distinctive fastback profile only hints at its performance-bred pedigree. Handling and steering are superb, deft, light to the touch. And with the original version's choice of a 385-horsepower V-8 or a 510-hp supercharged V-8, straight-line performance is thrilling.

For the 2013 model year the XJ received both optional all-wheel drive and a supercharged 3.0-liter V-6 engine that it desperately needed to broaden its appeal to buyers in cold climates as well as those who don't necessarily feel the need for a V-8 in their large luxury sedan. The V-6 offers 340 hp and fuel economy of up to 27 mpg on the highway.

Jaguar has added special editions of the current XJ, such as the Portfolio. For the 2013 model year, the limited-edition, long-wheelbase XJL Ultimate, priced from $155,875, also entered the U.S. Only 30 examples were imported, and Jaguar called the model a “high-performance bespoke limousine.”

A high-performance model, the Jaguar XJR, was made available for the 2014 model year. It offered a 550-hp version of the supercharged V-8, as well as suspension, styling, and interior upgrades. The XJR replaced the XJ Supersport model in the lineup.

Jaguar made no significant changes to the XJ for the 2015 model year; a new infotainment system arrived in the 2016 model year, and the car stayed nearly identical for 2017. For 2018, more safety tech was added and the XJR was rechristened XJR575 with a new 575-hp version of the supercharged V-8 underhood. In 2019, Jaguar made Apple CarPlay and Android Auto compatibility available.

With a new mid-size XF and compact XE sedan in U.S. showrooms, the XJ is now the oldest offering in Jaguar's lineup. A new XJ should be on the way soon.

The XJ has been around for much of Jaguar's recent history, but it has changed significantly over the years. Over five generations, and in production since 1968, the XJ has ranged in style from avant garde to stodgy, and it went back to the avant garde, style-forward look when the latest generation was launched for 2011.

The first-generation XJ was a very long-lived model, having debuted in 1968 and run all the way through to 1986. The "Series III" of 1979 might be considered a second generation by itself, or perhaps a very heavily edited version of the first, with a new roofline and sheet metal, and changes to virtually every other component. Six- and 12-cylinder models and a distinct Daimler version were made, as well as a two-door coupe.

The original and classic XJ design was updated to poor effect, in 1973, then again more comprehensively in 1979. The underlying vehicle had a very long shelf life, despite poorly executed additions, but those weren't the XJ's biggest problems. Despite its lovely ride and compact size, the XJ's meager interior space and electrical problems made it temperamental at best—which makes used XJs an absolute handful and remarkably expensive to maintain in their original state. Some of the mechanical problems, if not the electrical ones, were solved in the day with popular kits that allowed the adaptation of a small-block Chevy V-8 engine to replace the sixes or V-12s originally fitted.

The second-generation XJ was developed under the chassis code XJ40. With it, Jaguar attempted to fix the model's flaws while keeping the things that made it unique—the muscular shape, purposeful stance, and youthful image. Most of that was achieved, although the square headlights didn't do the design any favors. This generation persisted through 1994, with long-wheelbase and V-12 models arriving later in that time period.

After the Ford Motor Company acquired Jaguar in 1989, a revised version of the XJ appeared in 1994; Ford's influence included a return to circular headlight units, part of the brand's storied past. Ford also made big alterations to the manufacturing processes that produced the XJ, improving quality when the refreshed second-gen car arrived and continuing to make strides in that area as time went on. Jaguar also added its first supercharged car, the XJ6R, in this time frame. In a final touch-up before its dramatic reinvention in 2004, in 1997 the XJ added its first V-8 engine and a 5-speed automatic to supercharged versions, while all cars received a new interior.

The third-generation Jaguar XJ emerged in the 2004 model year, completely reworked with new aluminum construction techniques—bonded and riveted like airplane fuselages—that transformed the car's structural quality. Strangely, Jaguar gave the 2004-2010 XJ an even more traditional look than its predecessor, and it virtually fell off the radar among luxury-car buyers faced with avant garde new models of the BMW 7-Series and the Audi A8.

Still, the XJ's performance was better than ever, with normally aspirated and supercharged V-8 engines mated with one of the first 6-speed automatics ever built. Reliability was improved and Jaguar leaped to the top of quality ratings from J.D. Power; rear seat room was improved enough for adults to find ample room in the back. The switch to aluminum gave the Jaguar lightness it desperately needed to distinguish itself.

Rate and Review your car for The Car Connection! Tell us your own ratings for a vehicle you own. Rate your car on Performance, Safety, Features and more.
Write a Review
1996 Jaguar XJ 4-Door Sedan 4.0L Vanden Plas

it is fun to drive on the hiway or in town.the ride is smooth in town or on the hiway.
people found this helpful.
Was this review helpful to you? Yes
2015 Jaguar XJ 4-Door Sedan XJL Portfolio AWD

Awesome to drive. Highly recommend others purchase.
people found this helpful.
Was this review helpful to you? Yes
2013 Jaguar XJ 4-Door Sedan AWD