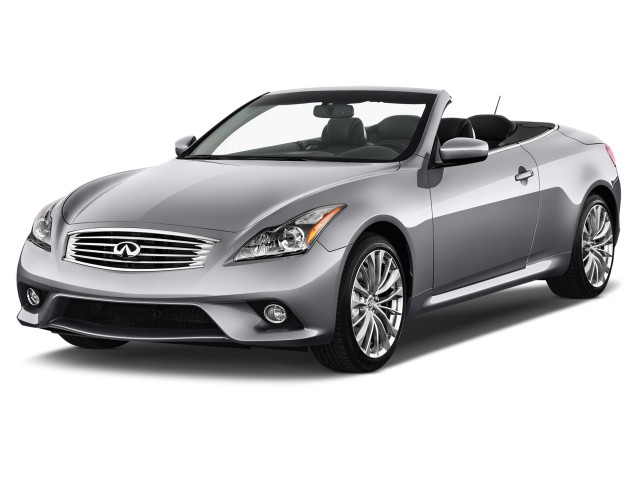 The Infiniti G35 Coupe is a compact rear-wheel-drive luxury coupe—or, some might say, a sports car—powered by a strong V-6 engine and emphasizing performance, dynamic prowess, and sharp responses more than virtually any other model in its class.

The two-door G35 was sold from the 2003 through 2007 model years; and unlike the G37 that followed it, it was only built as a fixed-roof Coupe (the G37, on sale from the 2008 through 2013 model years, was also offered as a retractable-hardtop convertible. Today the G35 and G37 Coupe and Convertible have been succeeded, under Infiniti's new naming strategy, by the new 2014 Infiniti Q60 Coupe.

The most direct rival to the G35 Coupe was the BMW 3-Series Coupe, while other alternatives have included the Mercedes-Benz SLK, Porsche Cayman, and Lexus SC.

G35 Coupes were just a bit shorter than their G35 Sedan counterparts, with a somewhat lower roofline, too. There was a bit less headroom in front, and back-seat space suffered for it, but otherwise a comparable, very luxurious and stylish experience for those in the front seats.

The G35 Coupe, like its Sedan counterpart, has a lot to love, as well as some other things that meant it wouldn't be loved by everyone. The 3.5-liter V-6 engine, which made 260 horsepower in Sedans, was stepped up to 280 hp in Coupes, and it could be bought with either a five-speed automatic with steering-wheel paddle-shifters or a six-speed manual. Later on, the engine made 275 hp in automatic versions or 293 hp with the manual, and 0-60 mph times ranged in the low to mid five-second range.

Coupes could also be optioned with bi-xenon headlamps, upgraded Bluetooth and audio connectivity, and a navigation system, as well as a rear steering system beginning in 2006, while in 2007 Infiniti pushed out more features to the Coupe, making Intelligent Key entry with push-button ignition standard.

Throughout this first generation of the G Coupe (we consider the G37 Coupe to be the second), the G35 offered sharp handling, and a stiff body that made it a precise driver's car—a somewhat more luxurious take on the Nissan Z350 sports car is what it was, and what it felt like. And in that vein, it brought some negative points as well—with more noticeable road noise and thrum in the cabin compared to luxury-brand alternatives. These are not great long-distance highway cars for that reason, although they're enjoyable cruisers on smooth pavement, and dynamically engaging, luxurious sports cars for challenging canyon roads.

Rate and Review your car for The Car Connection! Tell us your own ratings for a vehicle you own. Rate your car on Performance, Safety, Features and more.
Write a Review
2013 INFINITI G 4-Door x AWD

Love the vehicle, fun to drive.

Quiet, smooth. electronic doo-dads galore, big but not too big, easy to park, looks TERRIFIC !!!, Best car we ever owned !!!!!!
people found this helpful.
Was this review helpful to you? Yes
2013 INFINITI G 2-Door Journey RWD

Car Connection review is spot on!